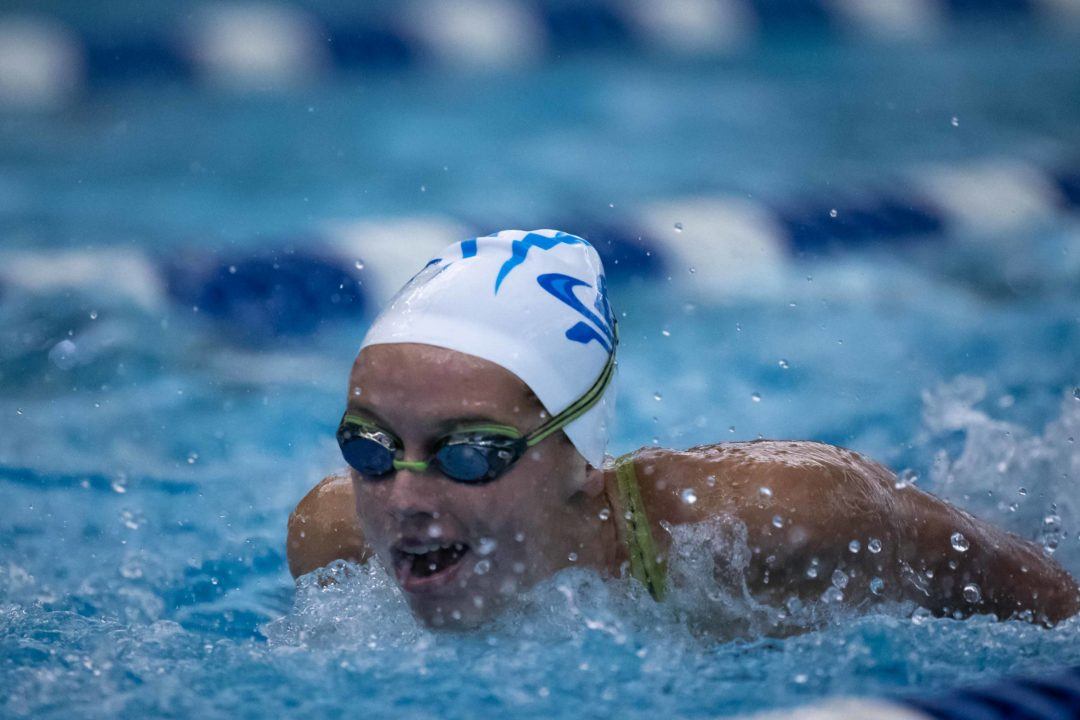 Newcomers Pine Crest, moved up from 1A, look like true state title contenders, especially on the girls side where they won all but one event in Region 4.

The team to beat in 2A is Pine Crest, moved up from the very-competitive 1A last year. Pine Crest holds the top state seed in 10 of 22 swimming events, including 5 of 6 relays.

And keep an eye on the youngsters at the end of the lineup. Freshman Julia Podkoscielny is the top 100 back qualifier by almost a full second (56.16) and 8th-grader Sara Lin (1:04.27) leads the 100 breast by more than a full second.

Clay High School junior Sara Stotler looks like the individual standout. She’s already under automatic All-America time in the 100 fly (54.30) and leads the field by three seconds. Stotler is also the top IMer by two seconds after winning Region 2 in 2:02.18.

There’s still a lot of drama for state titles on the boys side, especially in the freestyles, where seeds set up some brutal showdowns. In the 200 free, Titusville’s Caleb Brandon and Northeast’s Victor Rosado are just .04 apart. In the 100 free, Dreyfoos’ defending state champ Reese Branzell is only two tenths ahead of Pompano Beach’s Raphael Santos. And in the 500, American Heritage’s Daniel Escobar is seeded just half a second ahead of Rockledge’s Elliot Wiesel.