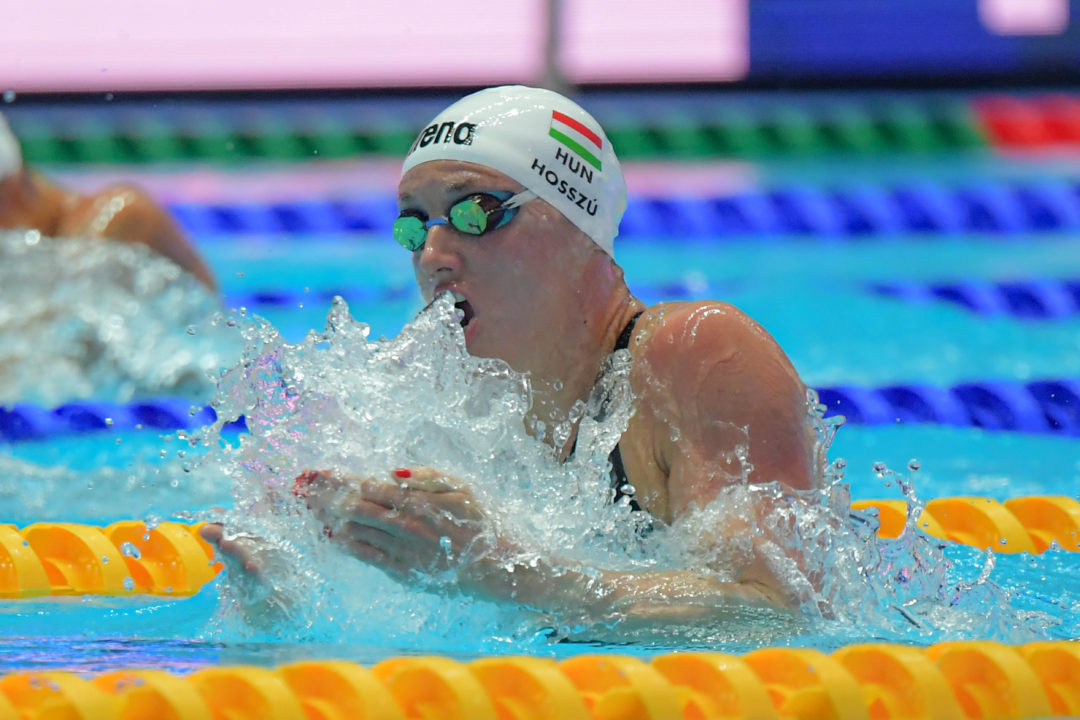 The 2019 FINA World Cup Series continues, with the 2nd stop of cluster #2 taking place this weekend in Berlin, Germany.

As with the previous stop in Budapest last weekend, this World Cup meet runs concurrent to an International Swimming League (ISL) meet, meaning a noticeable contingent that could have competed here will instead be representing their squads in Naples, Italy. The ISL teams included in this weekend’s Italian meet carry over from Indianapolis and include the Aqua Centurions, Energy Standard, Cali Condors and DC Trident.

As far as the World Cup Series goes, this 2nd cluster consists of just 2 stops, which means swimmers need to step it up if they want to get on top of the point standings to earn this cluster bonus.

Entering this Berlin stop, we see Katinka Hosszu of Hungary in the lead for the women’s World Cup standings, holding a total of 204 points through Budapest. That carries just a 12 point advantage over Australia’s Cate Campbell who is also set to compete this weekend.

As for the men’s points standings, it’s Russia’s Vladimir Morozov who is getting it done in dominating fashion. He carries a total of 210 points through the Budapest stop, with the next closest competitor represented by Lithuanian Danas Rapsys, who holds 144 points. American Andrew Wilson is positioned 3rd but is missing from the entry lists due to the Cali Condors.

You can find the points standings at the bottom of this post.

Update: American Anthony Ervin is on the psych sheets, but says that he won’t race in Berlin. We’ve been told that he has returned home to Charlotte to be with father, who has been hospitalized.

He plans to swim through the Olympic quad with his goal specifically being to make the 50 free final at 2020 Olympic Trials and recently posted on Instagram after completing a sprint triathlon that he’d be shifting his focus back to swimming.

Seems Hosszu signed up for everything .