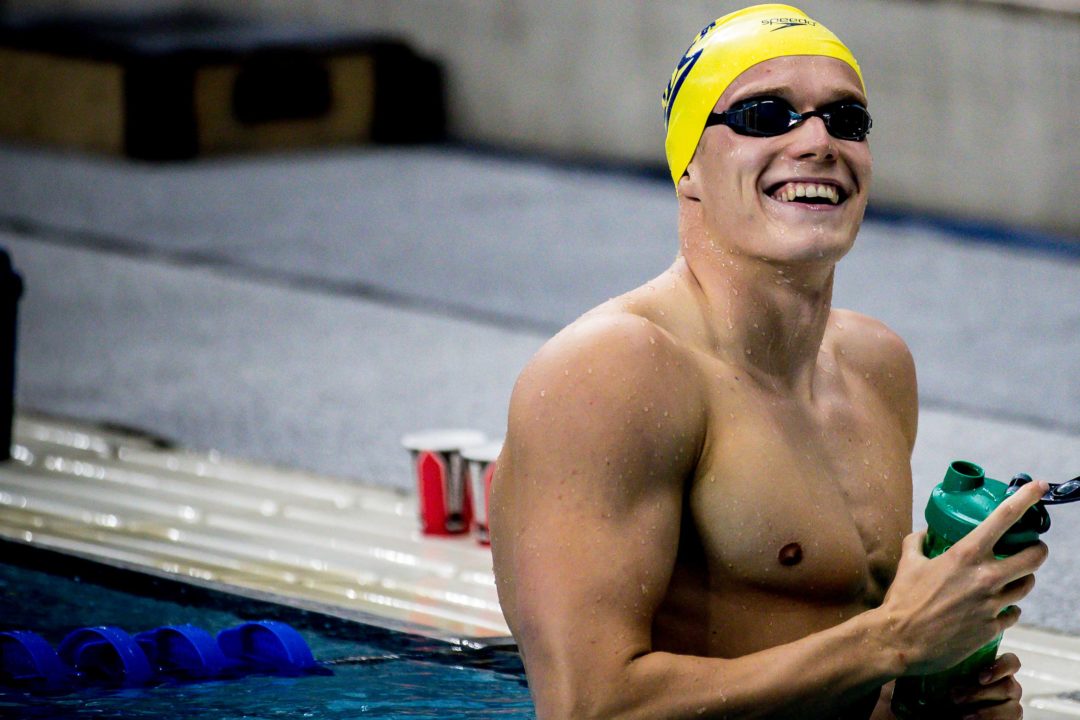 The defending champs sit #1 in both the women's and men's preseason CSCAA polls. Meanwhile the Virginia women have surged all the way to #2. Archive photo via Jack Spitser/Spitser Photography

The defending champs sit #1 in both the women’s and men’s preseason CSCAA (College Swimming & Diving Coaches Association of America) polls, but maybe the biggest change from last year are the Virginia women all the way up to #2.

I’m curious whether these rankings are truly pre-season, or if at least some of the voters are taking early season results into account.

I would bet both. Stanford is tops but they havent swum yet (women) and same with Texas, they have not swum yet either, UVA and Notre Dame are high on men’s side from what they have done already… so its a mix of both.

WRONG! Alabama is number one and Clemson is number two! Where are the correct rankings???

The fact that Clemson isn’t even on the rankings really makes me question the swim knowledge of these voters. The audacity smh my head

On the women’s side, 2nd is a very reasonable ranking, especially after seeing the results from the trojan invite. Many expect them to finish 2nd or 3rd this season.
For the men, I’ll admit 4th is a bit of a stretch, I would say 5th or 6th is much more likely.

Your right my bruh these are terrible rankings!

Lady Hoos oughta be #1 in the NCAA.

Bros need to be higher than the #3 team.