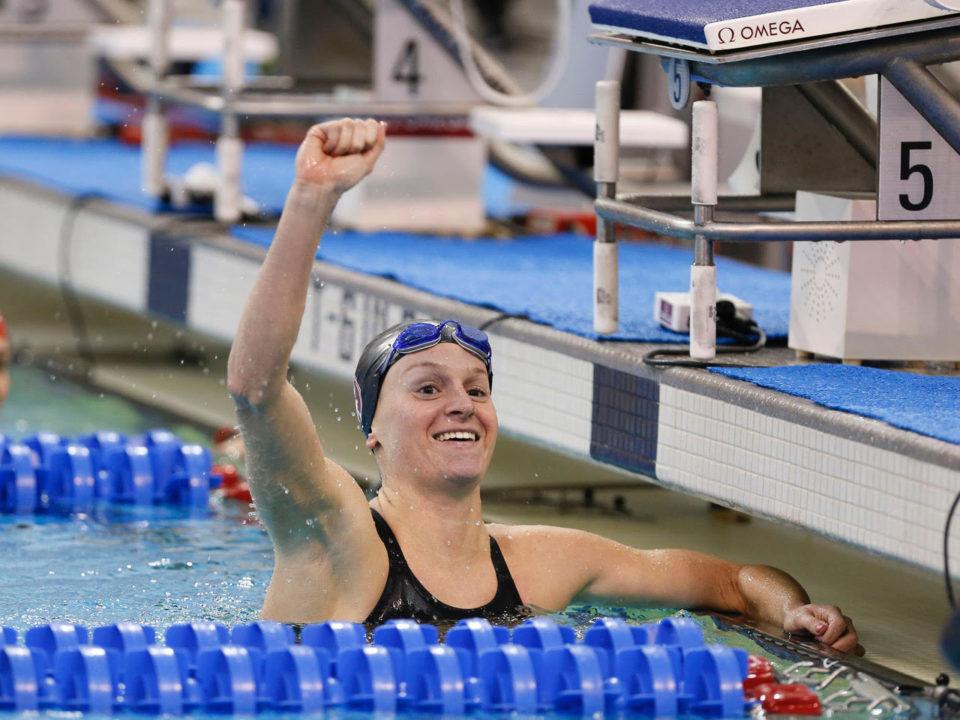 2017 champion Baker was out with the lead in 24.02, clearing American Record pace, but Stanford's Howe shot off the final wall with a huge underwater to blow by her, pulling into the wall just ahead of Wisconsin's Nelson as baker faded to 3rd. Current photo via Tim Binning/TheSwimPictures.com

The 4 fastest 100 yard backstrokers in history stepped up to compete in the women’s 100 back final on night 3 of the 2018 Women’s NCAA Championships in Columbus, Ohio. Stanford’s Ally Howe and Janet Hu, Cal’s Kathleen Baker, and Wisconsin’s Beata Nelson were all in the hunt for the NCAA title.

2017 champion Baker was out with the lead in 24.02, clearing American Record pace, but Stanford’s Howe shot off the final wall with a huge underwater to blow by her, pulling into the wall just ahead of Wisconsin’s Nelson as Baker faded to 3rd. Howe touched in 49.70, while Nelson hit the wall in 49.92. Baker wound up 3rd in 50.18. 4th place finisher Elise Haan of NC State swam her way into the all-time top 10 with a 50.42.

With that, Howe notched the 2nd fastest performance in history, behind only her American Record swim of 49.69 from the 2017 Pac-12 Championships. It was also a new Championship Record, clearing the former mark of 49.80 set by Cal’s Baker. Nelson’s swim was the 7th fastest ever. Howe owns 2 of the top 10 performances, while Nelson now owns 3.

Her interviews make it seem like she’s done with the sport. I wish she’d stick around for a long course season.

I’m so happy for Ally. All her hardwork came together for this national title. It is so well deserved.