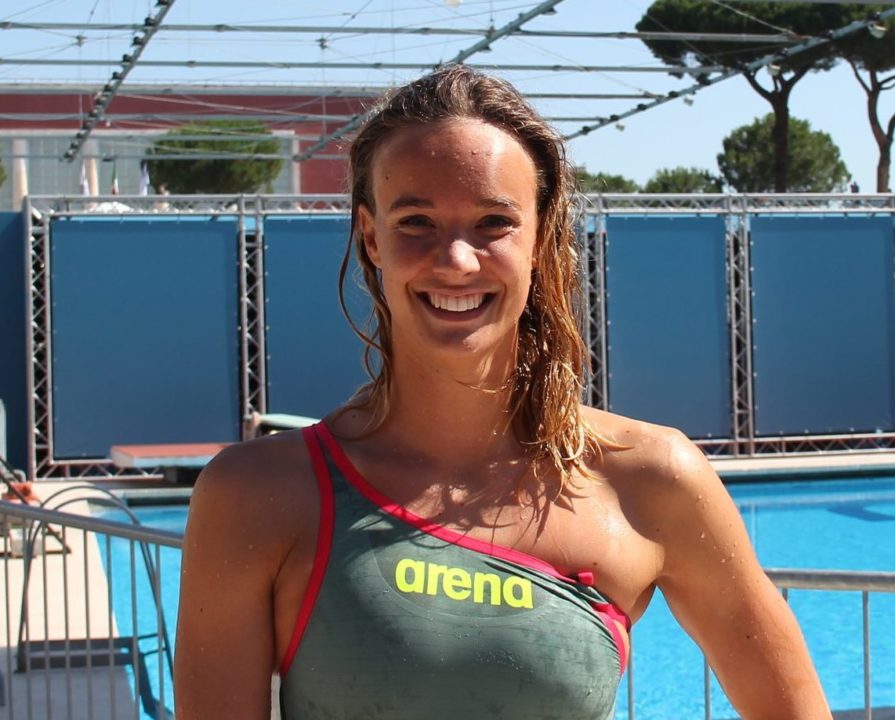 Competing in tonight’s 200m backstroke in Glasgow, the soon-to-be-24-year-old threw down a scorching personal best time of 2:06.18, a mark that laid waste to her 2:07.16 outing from the Sette Colli just weeks ago. That time logged a new NR, but tonight’s effort dropped it down by almost a full second.

Additionally, Panziera’s time tonight overtook a legend’s championship record. Holding the European Championships record from all the way back in 1991, Hungarian icon Krisztina Egerszegi’s mark of 2:06.62 was finally overwritten with tonight’s race.

Splkits for Panziera tonight show she opened in 1:01.93 and closed in 1:04.25 to capture the gold in 2:06.18. The Italian now ties American Elizabeth Beisel as the 10th fastest performer ever in the women’s 200m back and Panziera now slides into the #2 spot among this season’s world rankings.

not bad for breaking almost 30 yeas old record that was established with old back turns.

Flip turn was allowed already in Athens EC 1991. 27 years is a long time although.