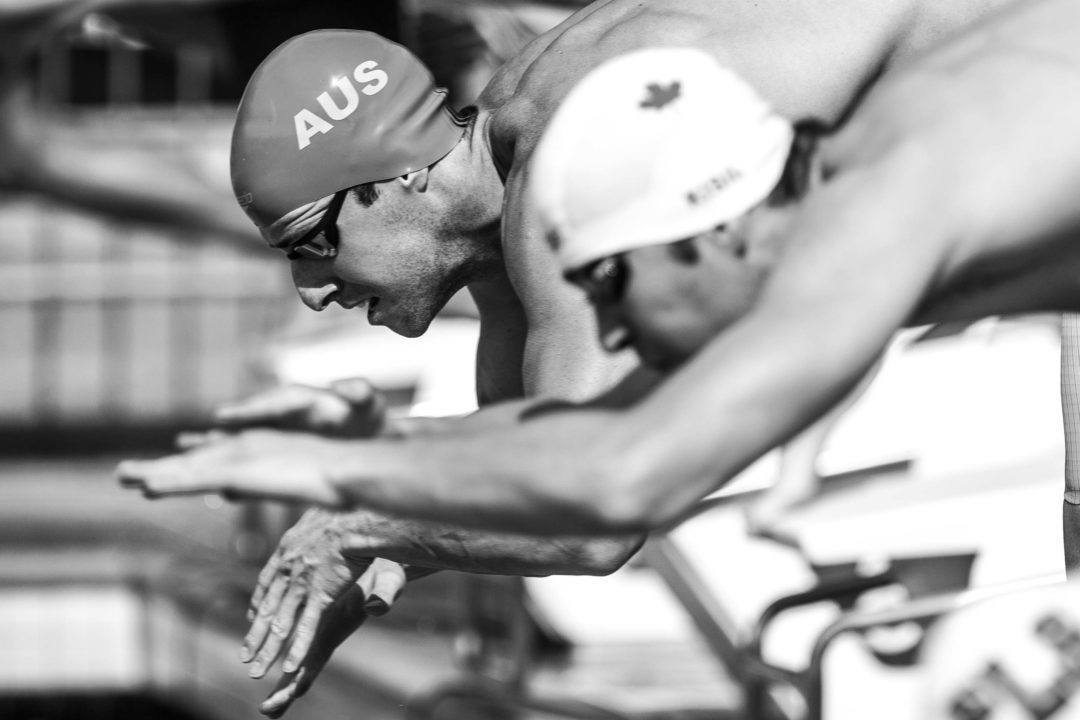 Use this day for active recovery, to relieve strain on your joints, and to learn new skills to improve your workouts for the rest of the week.

Several of the elite swimmers who are competing in Rome at the Sette Colli, were able to meet Pope Francis yesterday. Italians swimstars Federica Pellegrini and Gregorio Paltrinieri brought a gift to the Pope, a cap donned with the name ‘Papa Francesco’.

The competition continued with some very fast races in yesterday’s finals. Here are the highlights: Hungary’s  David Verraszto  and Japan’s Daiya Seto improved their season bests in the  400m IM to 4:07,47/4:0,99, they now rank 1/2 on the world leaderboard. Dutch Ranomi Kromowidjojo now places 4th in the current 100m freestyle world ranking with a time o 53,07, her fastest time since London 2012 where she won Olympic gold.  A meet record was set by Hungarian Tamas Kenderesi, the bronze medalist in this event in Rio, who topped the field yesterday in 1:54.33.

The competition starts today with the prelims session of the men’s 200m backstroke. Hungary’s Peter Bernek set the fastest time in 1:59,11. In the women’s 200m back, also a Hungarian was the quickest: Kata Burian in 2:10,64.

Andrii Govorov is the top seed in the 50m butterfly final tonight, he was clocked at 23,09, his season best time stands at 23,05.

Charlotte Atkinson (GBR) is the current number five in the 200m fly world ranking and was the quickest lady in prelims in 2:10,09 ahead of Italy’s Ilaria Bianchi in 2:10,77.

Austria’s youngster Christopher Rothbauer (born 1998) reached the fastest time in the 200m breaststroke prelims in 2:13,27 ahead of Marco Koch (GER) in 2:13,44. Koch and Ross Murdoch (GBR) are the only 2017 top ten ranked swimmers in the A-final tonight.

With Cameron McEvoy (AUS) and Duncan Scott (GBR) the two fastest men in this season will join the A-final tonight alongside the fastest two in the morning session: James Magnussen (AUS) in 48,78 and Bruno Fratus (BRA) in 48,84.

Daiya Seto (JPN) showed the only sub-2-minutes performane in prelims in 1:59,97. Perhaps he and David Verraszto will battle again for the victory tonight in an exciting duel as they did in the 400m IM.