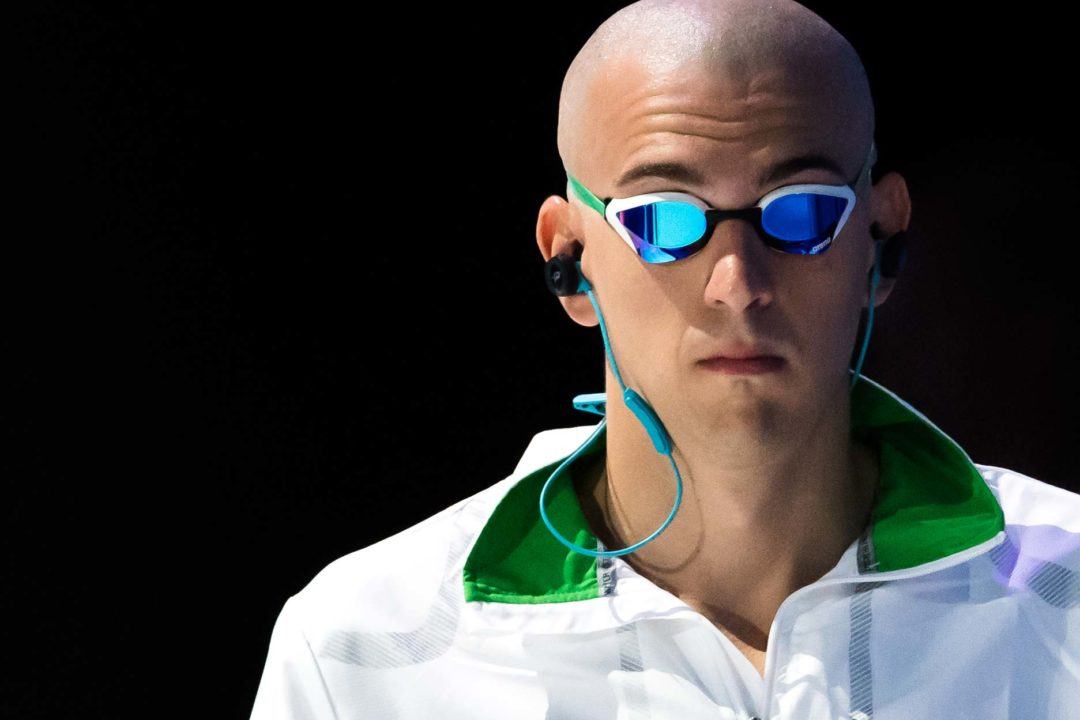 Sarah Sjöström (SWE) was the fastest to the wall, taking the top time in the 50m freestyle in 23,84 into semifinals. Denmarks Pernille Blume and Ranomi Kromowidjojo (NED) took the 2nd and 3rd spot in 23,84 and 23,96.

Russia’s teenage sensation Kliment Kolesnikov set another world junior record, fininshing with the top time of 23.10 in the 50m backstroke. He also owned the former record. France’s Jeremy Stravius, who is 12 years older, secured this morning’s second fastest time in 23,36.

Vitalina Simonova  (RUS) was clocked at 2:20,21 with the fastest time in the 200m breaststroke. Spain’s Jessica Vall Montero hit the wall in 2:20,58. European record holder Rikke Möller Pedersen (DEN) also made it into tonight’s final in 2:21,15.

Championship record holder Laszlo Cseh (HUN) took the best time in the 200m butterfly and made his first participation in a final at this championships. He hit the wall with a time of 1:52,27. He is the defending champion.

On the women’s side, the fastest teams are:  Russia, Netherlands, France, Finland, Poland, Italy, Sweden, Denmark.

Another good swim from Kathryn Greenslade this morning. For a first meet she’s done very well, making the final in her three events. Great progression over the last few months.

Am glad to see you introduce the article with a picture of Lazslo Cseh. He has had a remarkable career & would have achieved numerous championships & different color medals but for Michael P & Ryan L.

Particularly for Michael Phelps, born in 1985 like Cseh and already extremely successful as a teen.
I remind Worlds2003 and Michael Phelps shattered the 200 and 400 Im WRs, hiding the great performances of the young Hungarian in second position.
And at Beijing2008, whilst all the emphasis before the races was on Phelps vs Lochte duel (particularly after that fantastic 400 im at Olympic trials in Omaha), the main rival of Phelps was Laszlo, both in the Ims and the 200 fly.
Very, very unlucky Cseh to born exactly the same year of Phelps

All the better for the three-way tie for silver with Phelps, Cseh, and le Clos in the 100 fly in Rio. That was a feel good moment for the ages that put these great competitors on the same level for a brief moment!