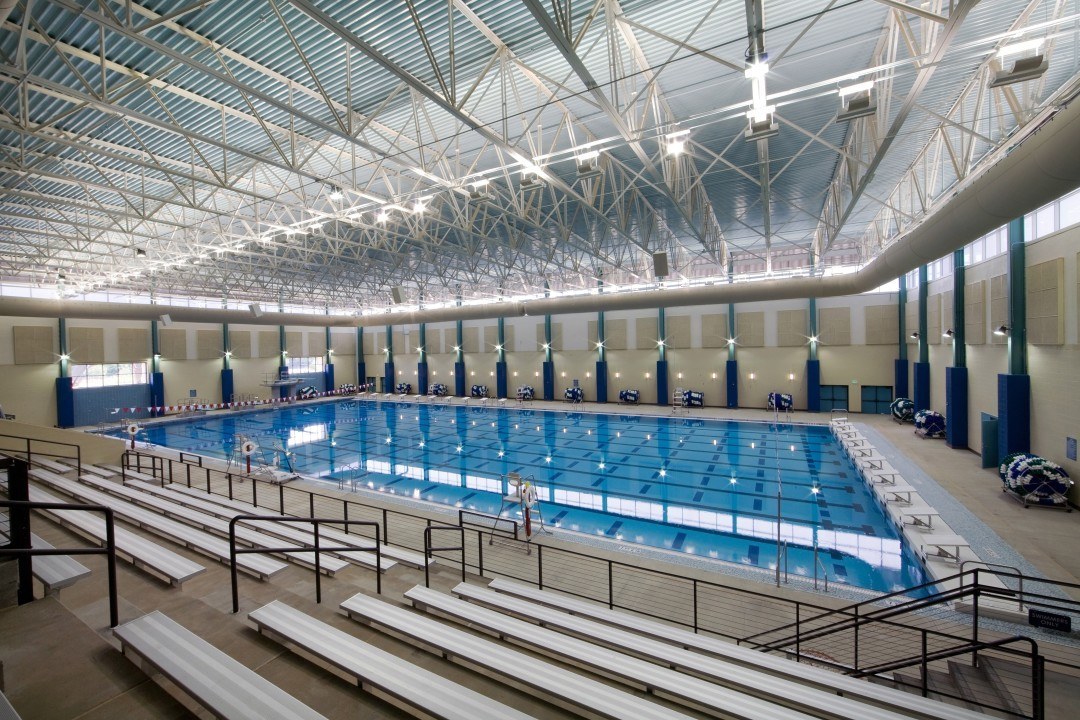 The NCAA Division II Men's and Women's Swimming and Diving Championships kick off on Wednesday, March 8 at the Birmingham CrossPlex; the meet is being hosted jointly by the University of Alabama in Huntsville and the city of Birmingham. Current photo via Mason Fischer Photography

Once again we begin our annual exercise of scoring out the NCAA psych sheets with the 2017 Division II Women’s Championship, which is to be held March 8-11 at the at the Birmingham CrossPlex and hosted jointly by the University of Alabama in Huntsville and the city of Birmingham. (You can see the men’s psych sheet scoring here.)

Queens dominated the 2016 Division II Championship, winning five individual events and two relays. Though they graduated top scorers Patri Castro Ortega, Brittany Phelan, and Caroline Arakelian, the Royals have good depth this year and have four relays seeded in the top 2. Queens, a relatively latecomer to collegiate swimming, first fielding a team in 2011, won the national championship in 2015 and 2016 and are looking to extend their streak to three this year with returning stars Hannah Peiffer, Mckenzie Stevens, Georgia DaCruz, Josephina Lorda, Kyrie Dobson, and Michelle Prayson.

While Queens tops our psych sheet predictions, it should be a much closer meet this year than in 2016. A young Drury squad, led by freshman Bailee Nunn, is hoping to snap Queens’ streak. Nunn is the top seed in four events (100/200 breast, 100 fly, and 200 IM), and the Panthers come in with three top-seeded relays, as well. Drury will also count on Yekaterina Rudenko, Megan Ouhl, Ella Bryan, and Erica Dahlgren to help them win a team title in 2017.

Here is the psych sheet scored –without diving– for the 2017 NCAA Division II Women’s Championships: