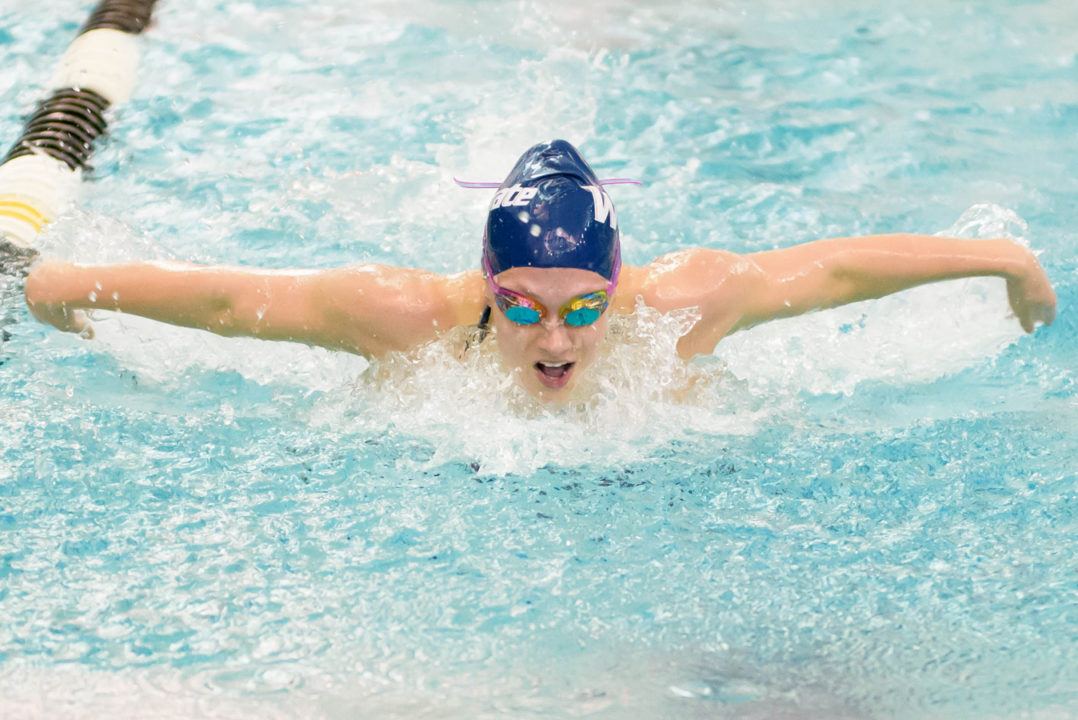 Wingate freshman Charlotte Knippenberg dropped 2.6 seconds in prelims to make the A final of the women's 200 fly on Friday. Archive photo via Stacey Wiley

Drury gained a couple of points on Queens, who in the aggregate performed exactly as expected. The Royals led the way with swimmers in every A final except the 500 free, and with a pair of 200 butterflyers. Drury also earned four A final spots, but had one less B finalist than Queens.

The only relay on Friday is the 4×200 freestyle, which is a timed final. The eight fastest teams by psych sheet seedings have not yet swum; they will compete in tonight’s final session. Three heats of 800 free relays have already swum and are awaiting the outcome of tonight’s race to find out their placements. Therefore we have not included the 800 free relay in our calculations.

Below are the Ups (“A” finalists) / Downs (“B” finalists) for the teams who will be on the scoreboard at the conclusion of tonight’s finals: