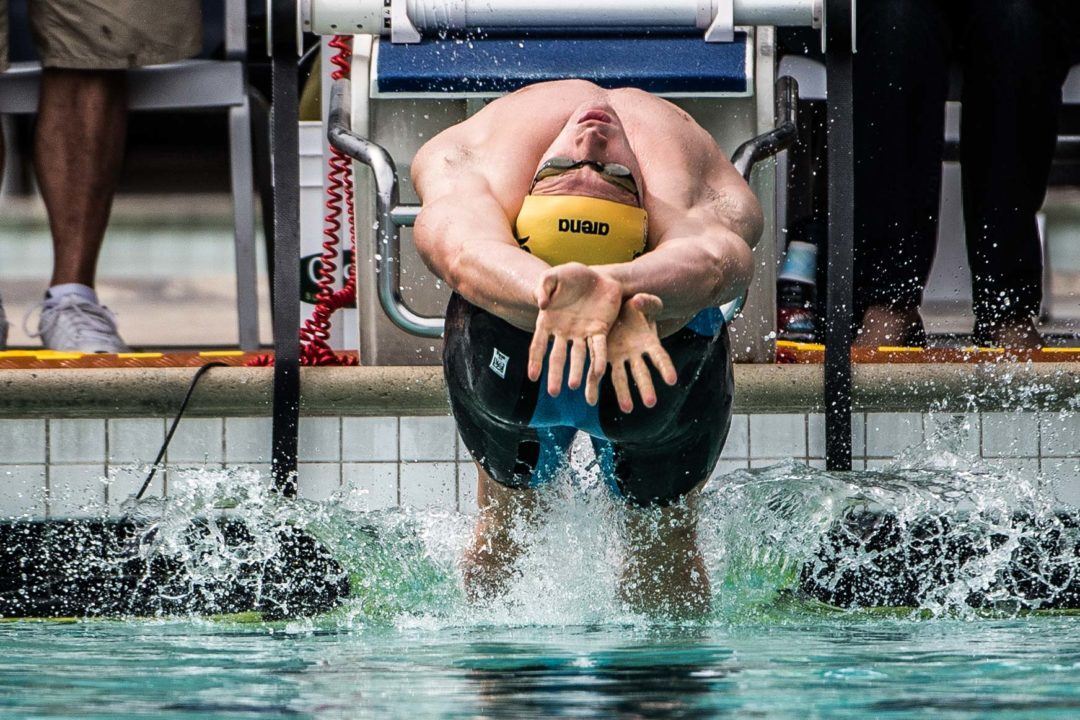 Both Stanford and Cal landed 17 scoring swims tonight, but the Bears have 11 "ups" while the Cardinal has 9 Archive photo via Mike Lewis/Ola Vista Photography

Heading into the swimming portion of this meet, the Cal Bears were sitting into 4th based on diving points. Last night, they moved into 3rd place, sitting narrowly behind USC. Tonight, they’re set to close the gap a little bit more. Both Stanford and Cal landed 17 scoring swims tonight, but the Bears have 11 “ups” while the Cardinal has 9. They’re not likely to catch the Cardinal tonight, but they could set up a good battle for the title going into day 3.