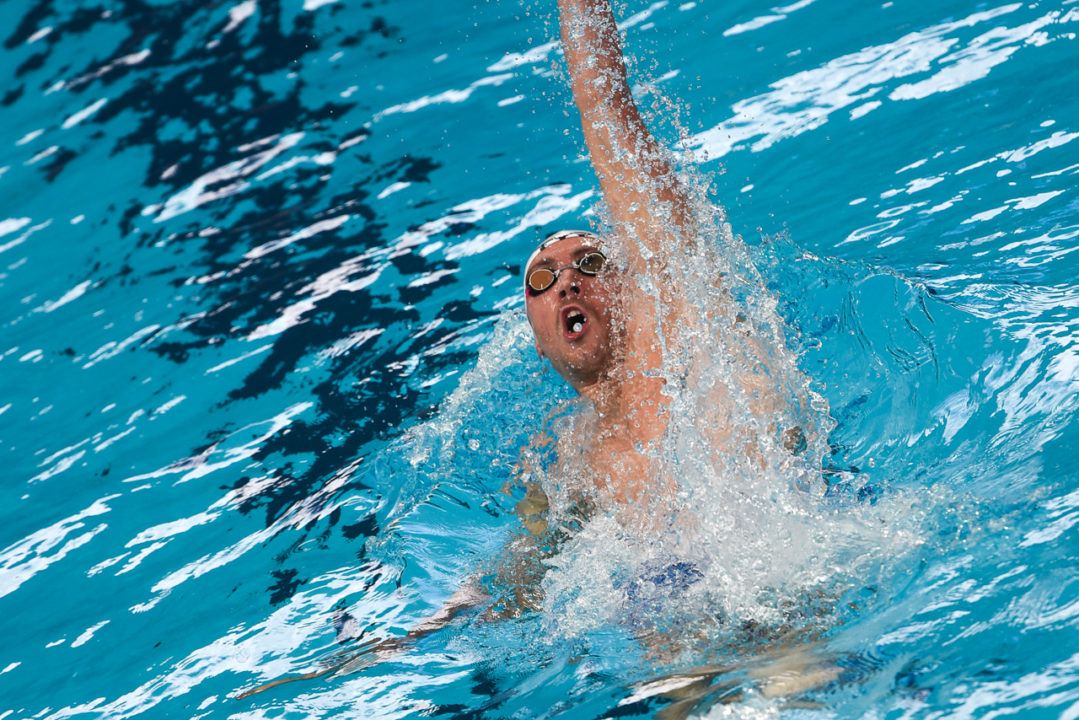 Jérémy Stravius will swim in front of his home crowd this weekend in the third and final stage of the 2017 FFN Golden Tour Camille Muffat. Archive photo via Peter Sukenik/www.petersukenik.com

WADA published its independent observer reports on the Olympics and Paralympics, which helped increase the efficacy of the programs’ own anti-doping programs.

The 2022 FINA World Championships are reportedly no more. The event scheduled for Fukuoka, Japan in May is believed to be moving to July 2023.

The third stage of the 2017 FFN Golden Tour Camille Muffat will get underway on Friday, April 28 at the Piscine du Coliseum in Amiens. Like in 2016, this year’s Golden Tour is a three-stop circuit, down from four in 2015. The stages are:

It is rather a grueling weekend of racing, with three days of prelims and finals, and all 17 FINA long course meters events. The 400/800/1500 free and 400 IM are swum as timed finals, with the fastest heat swimming in the evening session. 50s, 100s, and 200s are swum with prelims in the morning and finals in the evening.

The weekend will mark Jérémy Stravius of Amiens’ return to competition after having fractured his wrist while skiing this winter. He has told the press he is feeling good in the water and ready to swim in front of his home crowd. Stravius is expected to swim the 50/100 free, 50 back, and 50 fly. Stravius is top seed in the 50 free and 50 back, but Belgium’s Pieter Timmers, the 2016 Olympic silver medalist in the 100 free, is top seed in that event, and Marseille’s Mehdy Metella leads the field in the 50 fly. Metella is also entered in the 100/200 free and 100/200 fly, while Timmers is limiting himself to the 50/100/200 free sprint trio.

Jordan Pothain of Nautic Club Alp’38 will challenge Timmers and Metella in the 200 free and is one of the favorites in the 400, while distance stars Damien Joly of Montpellier and Joris Bouchaut of Toulouse lead the entrants in the two distance free (800/1500) races. Hungary’s David Verraszto, who leads the men in overall series points through the first two stages, is top seed in both the 200/400 IMs; he is also entered in the 200 free, 200 back, 200 breast, 200 fly, and 800 free. Benjamin Stasiulis of Marseille comes in with the fastest seed times in all three backstroke distances and will also compete in the 200 free, which may be the most competitive race on the men’s side.

Hungary’s Katinka Hosszu is entered in all 17 events, and seeded #1 in all but the 50/100/200 breast and 50/100 fly. She should get good competition in the 100 free, where the top six entrants all come in seeded with sub-56s. Those include Charlotte Bonnet of Nice, Mathilde Cini of Valence, Marseille’s Anna Santamans and Anouchka Martin, and Lotte Goris of Belgium. Bonnet will also contest the 200 free, 50/100 breast, and 50 fly. Cini is entered in the 50 free and 50/100/200 back, while Santamans has narrowed her other events to the 50 free and 50 fly. Lara Grangeon of Calédoniens will try to battle Hosszu in the 1500 free, 200 fly, and 400 free.

Mélanie Henique, also of Marseille, is seeded second behind her teammate Santamans in the 50 free, but is the fastest entrant in the 50 fly, the fastest Frenchwoman, and second seed behind Hosszu, in the 50 back. She is also slated to compete in the 100 free and 100 fly. Fanny Lecluyse of Belgium tops the field in all three breaststroke races.

Leaderboard after the first two stages of 2017 FFN Golden Tour

Lara Grangeon’s personal best at 1500 is slower than Hosszu’s one by 31 seconds.
At 400 Hosszu is faster by 11 seconds.
I don’t see how “Lara Grangeon of Calédoniens will try to battle Hosszu in the 1500 free and 400 free”

Sometimes at these training meets or even in world cups Hosszu uses the 800 free or the 1500 free as warm-up or warm-down races and is not interested in winning. So it can happen to see her beaten by someone even not very fast. But on paper, yes, she has a big margin.

Some people have missed in their education “The Emperor’s New Clothes” by Hans Christian Andersen. Instead of using big words like “New level in professional sport”, “Battle”, “Iron Lady” etc, why not to call what this coupe does as it is:
https://m.youtube.com/watch?v=eBtn2NQ5k58