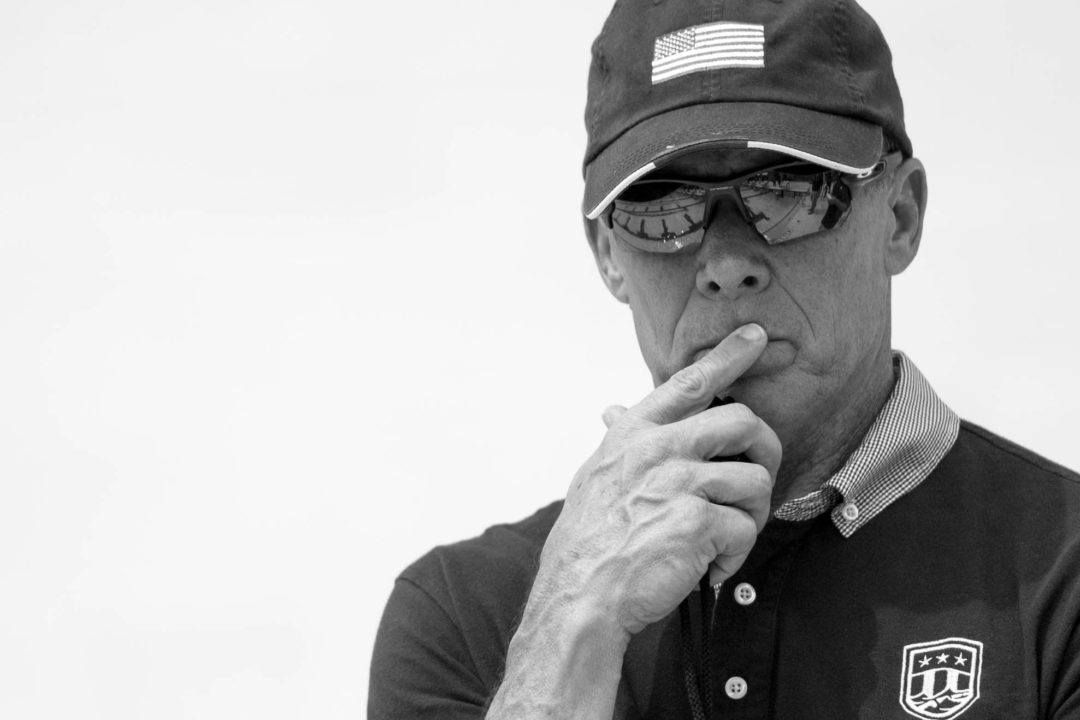 Every calendar year has half of two different NCAA seasons– for the sake of this award, though, the end of the 2015-16 season is the key here. While Stanford, led by Greg Meehan, had an incredible season last year and has an unbelievably powerful team this year, it was the Georgia Bulldogs who took advantage of a Stanford DQ and took the NCAA title. After falling to Texas A&M at SECs, up against powerhouses Stanford and Cal, Jack Bauerle led the Dawgs’ to national glory nonetheless.

Despite his success in developing an already deadly sprint weapon in Olivia Smoliga (she was already ridiculously good in HS– 21.99 in the 50 free, sub-52 in the 100 back), sprinting was still a weak point for UGA. Nonetheless, Bauerle built a non-sprint supporting cast around Smoliga to finish 2nd at SEC’s and 3rd at NCAAs in the 200 free relay and touch 2nd in the 400 free relay nationally.

The Bulldogs are a winning team. Thanks to the dedication and coaching by Baurle and his staff, UGA is a team that will show up and contend for titles, and there are always swimmers rising in the ranks to fill the holes that may be left by injury or graduation.

The clear #2, and if this award only concerned the 2016-17 season, Meehan would be the unanimous #1. The Stanford women have always been great. Like UGA and Cal, to name a couple, the Cardinal program is relentless during the recruiting season, and year after year, they prove to be national title threats regardless of any holes in their lineup. This year, though, the top end talent and overall depth is unmatched in the country.

It certainly helps when Olympic gold medalists Katie Ledecky, Simone Manuel, and Lia Neal highlight the roster. Furthermore, however, Meehan and his staff has built absolutely astounding strength with their recruiting classes of late, and a quick look at the incoming class for the 2017-18 season reaffirms Stanford’s uncanny ability to attract the cream of the crop. The wave of talent coming in should keep Stanford in dominant form for several years to go, but this much is clear: he’s building a dynasty.