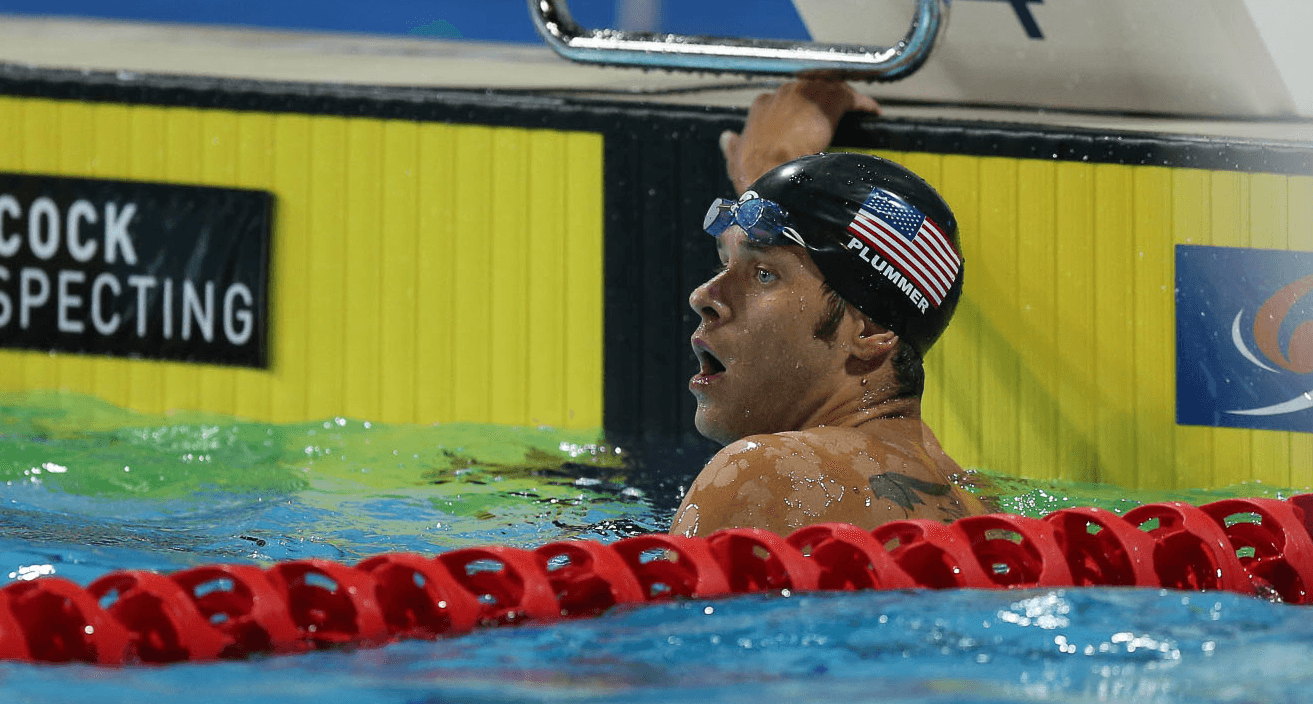 David Plummer posted the world's top ranked time in the 50 backstroke touching in a 24.62... Current photo via Paul Younan

After an incredible performance in the 100 backstroke Australian Mitch Larkin returned to the pool on Thursday qualifying with the top time in the men’s 200 backstroke. Larkin posted a 1:59.47 in his morning swim and will be challenged by a familiar foe, Ryosuke Irie of Japan who recorded a 1:59.89.

Larkin also qualified third for the 50 backstroke final with a time of 25.57. Americans David Plummer and Michael Andrew were the top two qualifiers. Plummer hit the wall in a time of 24.62, which now the world’s top ranked time. Andrew touched in a time of 25.47.

On day one Jamaican Alia Atkinson and Jennie Johansson of Sweden misjudged their prelim swims in the 100 breaststroke and both wound up outside of the top eight. The two World Championship medalists did not make that mistake in the 50 breaststroke. Atkinson was the top qualifier with a time of 30.86. She was followed American Molly Hannis who finished in a time of 30.93 and Johansson who posted a 31.10.

Atkinson already sits atop of the world rankings with a time of 30.65, but with their times Hannis and Johansson are now placed second and third.

Rikako Ikee of Japan was the top qualifier in the women’s 100 freestyle recording a time of 55.13 followed by American Natalie Coughlin who finished in a time of 55.33.

Rie Kaneto of Japan had the fastest time of the morning in the women’s 200 breaststroke followed by Japanese teammate and world champion Kanako Watanabe who posted a 2:26.00.

Australian Jack Packard had the fastest time in the men’s 100 breaststroke finishing in a time of 1:01.44. He was followed by South African Cameron van der Burgh who touched in a time of 1:01.47. American Kevin Cordes just snuck into the final tying Hayato Watanabe of Japan for seventh with a time of 1:01.97.

Shinri Shioura of Japan was the top qualifier in the men’s 50 freestyle recording a time of 22.63 followed by American Anthony Ervin who posted a 22.68.

Dang, Plummer could have bronzed at Kazan with that time. Great job!

OK, Larkin just beat his Kazan time in the finals of the 200 back… It is now stupid to not put him as the early favorite for Rio.

Agreed. He’s either showing way too much too early (one can only hope so, if you’re a USA fan), or he’s going to be 1:51 high in Rio. He had Plummer-esque speed in the 50, too, which shows incredible range.

I personally don’t care about nationality, I only care about the athlete, and I am afraid that we might see another situation were the athlete peaks at trials. But it seems that Larkin swims fast at small meets like he did here, and is also a big meet preformer like Doha and Kazan, so, I say Lochte 1:52.96 textile best is going down soon.

There are some parallels between Larkin & Seebohm’s race schedules over the past 12 months. Both went on to Short Course Worlds after 2014 Pan Pacs and now both are getting further race miles in this World Cup series. The entry lists for the next round in Doha are not available at the moment but both are down for Dubai. It has probably been a just criticism of Australian Swimming that they do not do enough racing; and this has sometimes been evidenced by poor race skills even among some of the biggest names. Maybe we are seeing evidence of a culture shift in evidence. There was some temptation to look upon Larkin’s Kazan campaign as possibly that “magic” meet… Read more »