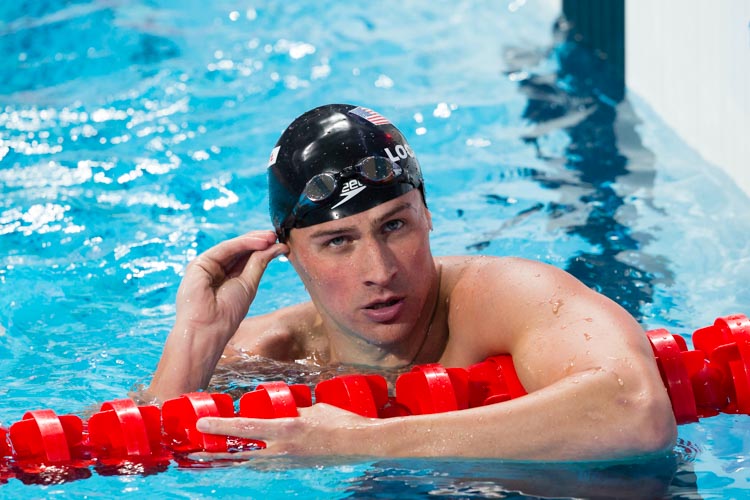 Swimmers in Kazan are getting ready for day 3 of the 2015 FINA World Championships, with 4 individual events lined... Current photo via Tim Binning/TheSwimPictures.com

Swimmers in Kazan are getting ready for day 3 of the 2015 FINA World Championships, with 4 individual events lined up for prelims. The mixed 4×100 medley relay will also be contested for the first time ever at a World Championships.

Read on for all the links you need to follow the meet, as well as what to look out for in each of the events.

Wilson will have her hands full with Brazil’s Etiene Medeiros swimming next to her. Medeiros currently sits on top of the world rankings with a 27.37. She’s also the World Record holder in the short course meter version of this event.

China’s Fu Yuanhui was the silver medalist in this event at the 2013 FINA World Championships, and her best time of 27.22 makes her the second fastest performer of all time. She’ll headline heat 4, with Denmark’s Mie Neilsen and USA’s Rachel Bootsma.

Nathan Adrian will take to the stage for the first time in heat 12 the 100 free. The American sprint star is the defending Olympic Champion and also won the bronze medal in this event at the 2013 World Championships. He’ll be up against Australia’s Cameron McEvoy in that heat.

Adrian’s teammate Jimmy Feigen won the silver medal at the last World Championships. Feigen will look for redemption in heat 10 after an underwhelming leadoff in the men’s 4×100 free relay prelims. He’ll have to take on Russia’s Vlad Morozov, who is currently tied with Santo Condorelli for fastest in the world this year.

Look for Condorelli to headline heat 11 against Russia’s Alexander Sukhorukov and China’s Ning Zetao. Italy’s Marco Orsi will race with them out of lane 5. He’s looking good after his sub-48 splits on the 4×100 free relay.

There’s a new face headlining the women’s 200 fly: Germany’s Franziska Hentke. She made a huge time drop this year to top the world rankings at 2:05.26. Hentke will swim in the 4th and final heat of prelims.

Both Americans will swim at Hentke’s sides in heat 4. U.S. Olympian Cammile Adams will swim out of lane 5, and Katie McLaughlin will take lane 3 to swim her first race ever at a World Championships.

Hentke’s biggest competitor in this event is likely Australia’s Madeline Groves. Groves put up a 2:05.41 to rank 2nd in the world. She’ll be pushed through heat 3 by Iron Lady Katinka Hosszu. Hosszu is the only returning World Championship medalist in this event.

After missing the podium in a tight 200 free final, Ryan Lochte will swim one of his signature events on Wednesday. Lochte is the top seed for prelims of the men’s 200 I.M., where he’ll swim right next to Conor Dwyer, his teammate and former training partner, in heat 5.

Laszlo Cseh has been swimming lights out in every race he’s entered at the World Championships so far. He’ll take lane 3 of heat 4 to go head to head with Japan’s Daiya Seto in lane 4.

Brazil’s Thiago Pereira will also join the party. Pereira was the bronze medalist in 2013, and sits at 5th in the world just behind Lochte for 2015. His teammate Henrique Rodrigues has the 3rd ranked time this year, and will swim in heat 3 against Great Britain’s Roberto Pavoni.

The mixed 4×100 medley relay is a tough prediction to make considering this is the first time it’s been included at a FINA World Championships. Powerhouse teams in heat 3 include the USA, France, Italy, Great Britain, and Hungary. Heat 4 will set the stage for a a battle between Germany, Brazil, and Canada.

One interesting thing about having this event is the fact that it gives coaches a chance to test other swimmers on their roster for relay spots. Lineups for the relay have not yet been revealed, and there’s no precedent as to who will be given the spots. This could give swimmers like Kevin Cordes a chance to swim even though they didn’t qualify individually for the 100s.

One could also argue that the spots should be given to the fastest qualified individuals, considering team USA and Australia missed the finals of the 4×100 free relay after sub-par performances from their prelims swimmers. We’ll have to wait and see if the coaches decide they have room to shake things up.

Really looking forward to seeing how the Mixed Medley plays out on a World Championship level. Before this meet it’s relatively been a wildcard, new teams setting world records all the time in meets that randomly decide to compete it as lineups are continually optimized. Heck even here it’ll be a wildcard, as some teams use it as a chance to test out swimmers for later relays. At this point, then, it doesn’t seem like it’ll be a priority focus for many teams as they focus on winning their respective events and relays on either side. I hope in years to come, though, the Mixed Medley can become a really cool pinnacle for swimming. Who really has not only the… Read more »

Years ago when I was a kid, the Orange County Swim Conference Championships (California) had mixed relays for the free and medleys – all age-groups. I remember that it was fun. We didn’t look at it as boy/girl, but as a relay with your teammates. I forgot all about this until now.

No Aussies in mixed medley relay…??

Verram- no Aussies on the start lists. Not sure why. They hold the world record

Correct. Aussies are not swimming.