2014 ACC Men Championship Fan Guide: New King of the ACC Could Be Crowned 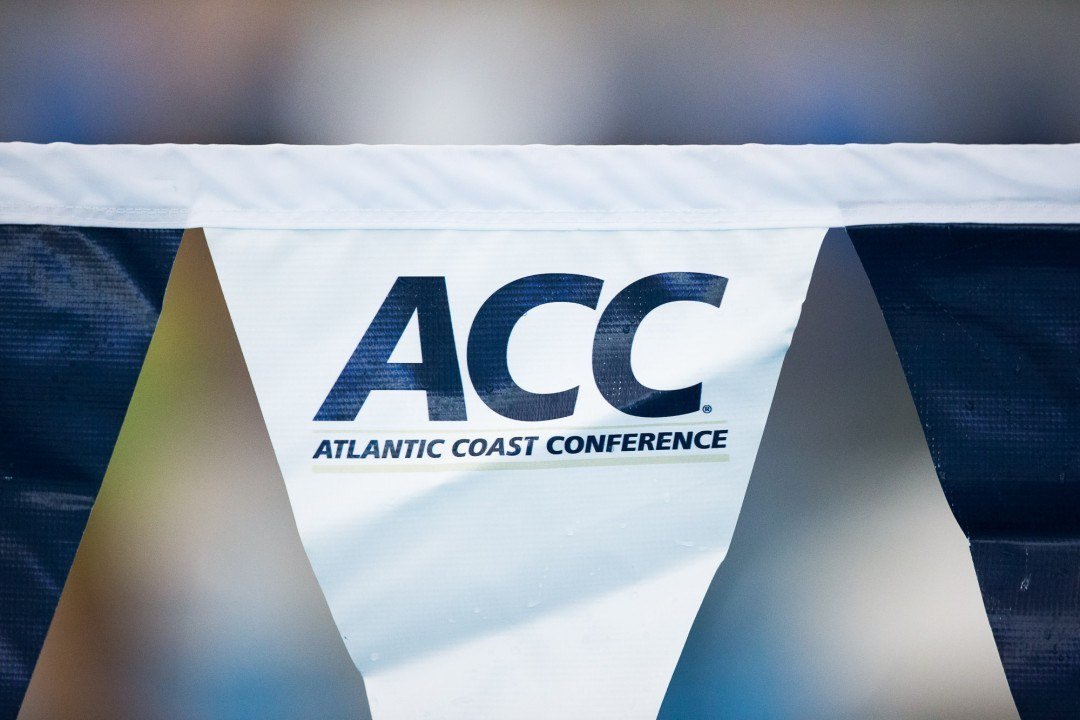 Is lucky number seven out of reach for the Cavaliers this year? Buckle up for one of the tightest ACC championships we've seen in a while. Archive photo via Tim Binning/TheSwimPictures.com

This could be the year that UVA is finally dethroned as king of the ACC.  The Cavaliers come in on a sixth straight title win streak but will have a hard time capturing lucky number seven.  But this is where the true essence of sports lie.  Everyone always wants their team to come out victorious, but when there’s that little ounce of doubt going up against them, it adds the extra edge of excitement.

Alongside the anticipation of who will come out with the title, this year’s championship welcomes two new members: the Fighting Irish of Notre Dame and the Pittsburgh Panthers.  Pitt’s squad won’t cause too much commotion, but Notre Dame could certainly make a race for a top five finish.  In addition to new teams, the ACC has decided to score the top 24 finishers in each event rather than just the top 16.  Teams that rely on their depth, like UVA or UNC, could benefit greatly from this new standard.  However, it could cause trouble for NC State and Notre Dame.

Even though men’s diving takes place at women’s conference championships the week before, it could have a significant impact on separating UVA, Notre Dame, UNC, and Virginia Tech within the top four.

Get ready for one of the best men’s ACC meets we’ve witnessed in a while.  Many will be holding their breath by the time the anchor leg of the four hundred free relay touches the wall, seeing what team ends up calling themselves the ACC’s best.

Florida State–Paul Murray (senior, sprint freestyle), Jared Pike (senior, breaststroke), Pavel Sankovich (senior, backstroke/butterfly), Connor Knight (junior, butterfly), Juan Sequera (junior, IM/breaststroke)-FSU will rely heavily on their relays to keep them in the top half of the standings. With no major depth and a new coaching staff, the Seminoles hope to prove they still have what it takes to be a player in the ACC. Their medleys are lethal, still, and maybe even better than last year.

Miami–Samuel Dorman (junior, diving), Zac Nees (senior, diving), Tanner Wilfong (sophomore, diving)-Diving is their one and only specialty but with the talented group that they have expect them to break up the results and take points where other teams may need them in diving.

Pitt–Luke Nosbisch (junior, breaststroke), Zach Lierley (freshman, IM/butterfly), David Sweeney (sophomore, freestyle), Martin Vogel (sophomore, IM/butterfly)-Pittsburgh won’t cause too much noise in their debut into the ACC.  With certain individuals making appearances in the top eight, not much else is expected out of the Panthers.

UVA–Parker Camp (senior, IM/backstroke), Jon Daniec (senior, distance freestyle), Luke Papendick (sophomore, backstroke), Yannick Kaeser (sophomore,breaststroke), JB Kolod (junior, diving)-Coming off some tough dual meet losses at the end of their season, the Cavaliers will need everything to go their way if they want to pull off lucky number seven.

This relay ended in dramatic fashion last year and most of that had to do with what happened after the race.  The Virginia men have owned this relay for years and NC State finally put it to stop until a swimmer jumped into the pool before the heat was over to congratulate the anchor leg.  Barring any celebratory mishaps this year, the Wolfpack will hope to be crowned actual champions but will a face a tough Virginia Tech squad (who boasts the fifth fastest time in the nation), revenge-seeking Cavaliers, and the Tar Heels.

This race could be Notre Dame’s welcoming party to the conference.  With three swimmers in the top eight and the field all being under 55, this race will be the one to watch on Friday night.  Bishop is the defending champion but will have some work to do to fend off the Irish trio of Stephens, Babcock, and Miller.  Pike and Knight will swim their final 100 breast at an ACC championship and will give it everything they got to fight for a spot on the podium.

With the graduation of last year’s champion, Tom Luchsinger of UNC, this race is wide open for a new king.  Knight, the top qualifier, has already been faster than what he was last year.  Latimer of Virginia Tech was the runner up last year and could certainly find himself at the top of the podium come Saturday night.  The newcomer from Notre Dame, John Williamson, could make things interesting, being right off his personal best from his fall invite.  McCurdy comes back with a year of ACC experience under his belt and could definitely be in the mix for an All-ACC performance.  UNC claims the dark horse in this race with Dom Glavich.  Having redshirted last year, Glavich is out to prove he can dominate in this race.

We already know what’s going to happen in diving; below are the point totals with those events out of the way, having been completed during the women’s meet.

Some may doubletake seeing a different team in the top spot, but that could be the reality this year (we know, we picked this last year, and were wrong then). Our mood about Virginia has changed a big after seeing how well the women swam last week – it’s clear that a few were maybe on less-than-full tapers at ACC’s (Bartholomew), but for the most part the team was on-fire top-to-bottom. The men weren’t as good as their women mid-season, but should still be good enough to lock up at least a top two finish.

Keep in mind that this year, the ACC is scoring C finals as well. In the “three final scoring” system, two B finalists will usually outscore one A finalist, more often than when only two finals are scored. That means that depth (and that’s true depth – lots of swimmers in the 9-16 spots) will be rewarded.

This is a very competitive conference this year, with each team bringing something different to the table, and we bounced around our picks a dozen different ways.  Virginia Tech has a solid team with spectacular divers that already have them up 100 points on the defending champion.  Their relays could also find a familiar spot on the podium night after night as well.

The Fighting Irish have the potential to garner multiple individual champions and could make quite the entrance into the ACC.  Despite fully resting for their invite in the fall, they’ve been swimming fast ever since (their women proved that last week, too) and could definitely surprise everyone in Greensboro. Coming out of the Big East, there was never much reason to focus on their depth. It was usually more-or-less a dual meet between them in Louisville. However, they’ve shown this year that they do have a lot of it – and based on seeds, should have just about the most pegged to finish in the top 16 in individual swimming events.

UNC has the depth that could throw them into the mix as well.  With the scoring of the C final, those points will become extra valuable for the Tar Heels.

The sprint specialist, NC State, will score the majority of their points in the relays and shorter races.  A scarcity of studs in distance events hurts them, but keeps them ahead of FSU, who is in a similar situation.  The Seminoles have star power, just not enough to surge them up the rankings ladder.

The team standings are going to be closer than they ever have before.  Anything can happen on any given day, but that’s what makes it exciting.  Every point matters and it’s guaranteed that every team is going to give it all they got to come out on top.

FSU 6th? I would be shocked

How about Morgan Latimer from Virginia Tech in the 200 fly? 1:43 should definitely be in the conversation…

SWIMFAN2 – I’m not sure I understand your question…