Gregg Troy: “5 Days of Racing is Worse Than Two Weeks of Training” 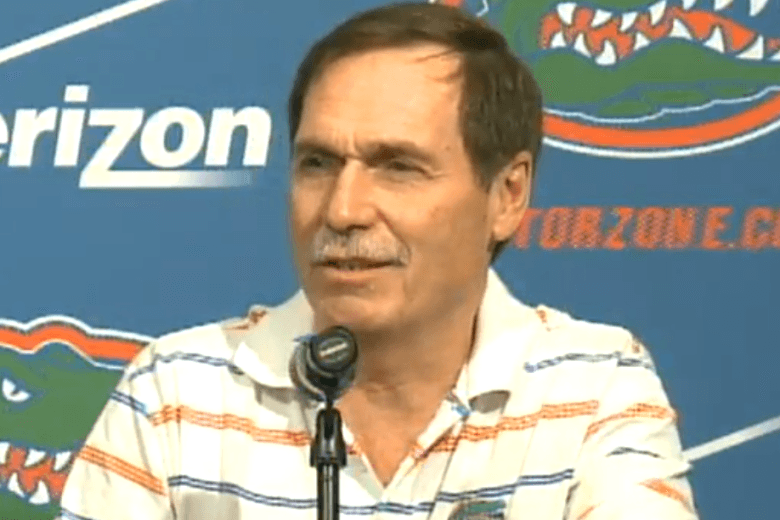 Gregg Troy talks to media after the SEC Championships, and shares that Nick Alexiou, a Virginia transfer, is probably redshirting the season. Current photo via GatorZone.com

Florida men’s and women’s head coach Gregg Troy talks about his team’s performance at last week’s SEC Championships. He starts with a summary of the SEC Championship meet, saying that the women’s team thought they could have been higher than 3rd, but that overall he was happy with how the meet went.

One of the most telling quotes from Troy was early on, when he responded about a question of about how the team was doing mentally and physically: “They’re tired. 5 days of racing is worse than two weeks of training.”

He also alludes to the fact that the women’s relays could see some changes before NCAA’s, so that’s a good story to follow as we get closer to March.

Troy also shared some names who he plans on taking to the Last Chance meet in Athens this weekend, emphasizing the swimmers on the men’s teams. Austin Manginel, Matthew Curby, Bill Silva, and Luke Torres are the names.

Troy also said that Virginia transfer Nick Alexiou is probably redshirting this season, and there were some questions about that – but with him not swimming at SEC’s, a redshirt seems to be the only option. Alexiou has looked “pretty good” in practice.

He also talks about the training differences between Arthur Frayler, Mitch D’Arrigo, and Ryan Rosenbaum, the team’s top three finishers in the 1650 free, all train in different groups, and with a different philosophy, which is really interesting.

See the full press conference below.

No scientific data was used in these predictions, merely shooting from the hip.