20 Australians Under 20 You Need to be Watching – Men 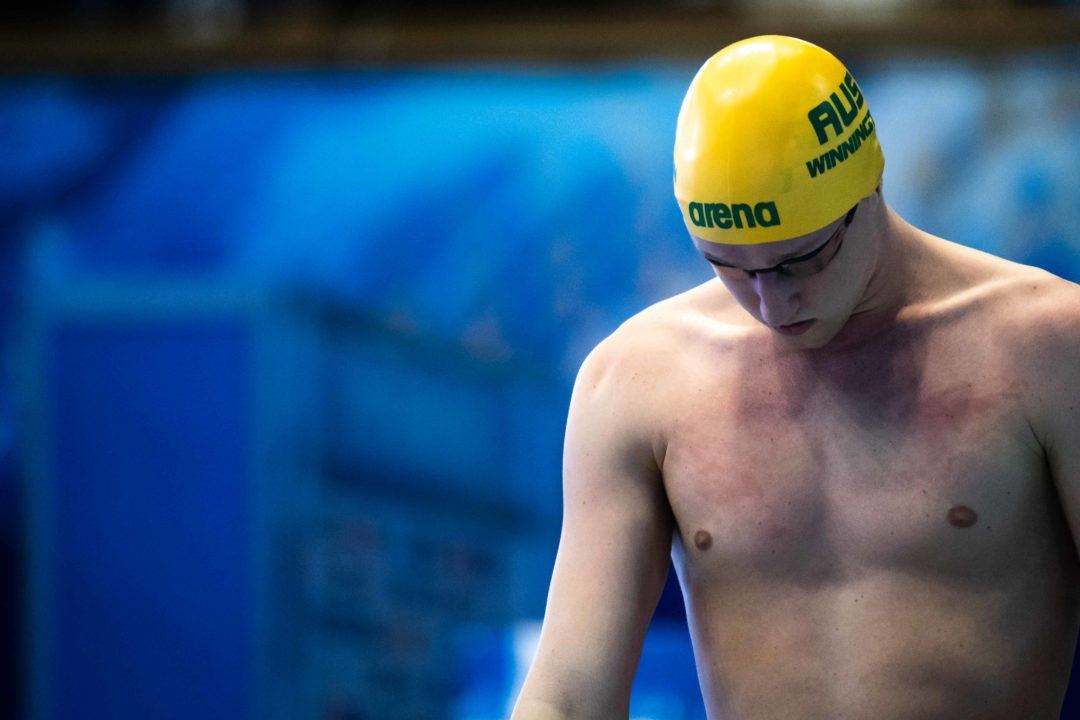 These are the 10 Australian male swimmers under 20 years of age who you need to be watching. Archive photo via Mike Lewis/Ola Vista Photography

These are the 20 Australian swimmers under 20 years of age who you need to be paying attention to. Below are the 10 men to watch in no particular order.

Why you should be watching: He holds multiple World Junior Records, has represented Australia at Pan Pacifics and Commonwealth Games (where he took relay gold in the 4×200 freestyle with the fastest split for Australia of 1:45.97). His time at Queensland Champs puts him 12thin the world this year in the 200 freestyle.

Why you should be watching: Edwards-Smith is 15 and already holds 3 Australian records. He has represented Australia at the Oceania Championships in Papua New Guinea. His 200 backstroke long course is a 2:00.23 which ranks him 92nd in the world this year at just 15 years of age.

Why you should be watching: Swinburn narrowly missed Mitch Larkin’s 16-year 200 backstroke Australian record at Age Championships this year and went on to qualify for Junior Pan Pacific’s making two A finals. He also represented Australia at the 2018 Youth Olympic Games.

Why you should be watching: Stubblety-Cook is the most immediately impressive swimmer on this list. At 19 he is already a Pan Pacs silver medalist and just over a second from the world record in the 200 breaststroke with his 2:07.89 from Pan Pacs. This time puts him 5thin the world this year.

Why you should be watching: Macalister has been dominating at an age group level for years in Australia culminating in an Australian record in the 16-years 100 backstroke. He has a bright future ahead of him as a recent commit to Stanford’s Class of 2023.

Why you should be watching: Hauck is recently turned 15 and already has 3 Australian records. At the recent Queensland Champs he picked up a whopping 7 golds and a bronze in what is by no means an easy field also picking up Age Group Swimmer of the Meet. His versatility is also impressive – these medals came across backstroke, freestyle, IM and butterfly.

Why you should be watching: Brendon Smith fought his way to silver on a world stage at Junior Pan Pacific Champs. He also made A finals in a variety of other events finishing the meet with a 4tha 5thand a 6thto add to his silver. His 400 IM may be his most impressive – his 4:18.95 from Junior Pan Pacs puts him 71stin the world this year.

Why you should be watching: The youngest swimmer on this list, Samuel Short made headlines in August when he broke two national records at the Brisbane Short Course Champs. He took down Mack Horton’s 1500m SC record in a 15:31.87. His 800 at the competition was also a record in an 8:09.42.

Why you should be watching: Blackburn took 6thplace in the final of the 50 backstroke at Youth Olympic Games. This was one of the top performances by Australian men at the competition and with Blackburn not turning 19 until 2019 he has plenty of time to make an impact on the world stage at an open level.

I appreciate the article, and, indeed, I shall be watching in the coming months/years.
However, the systemic problems of Swimming Australia continue to manifest themselves as recently as World SC Championships, e.g., their commitment to send a significant team didn’t materialize. Of course, there are explanations why (or excuses) but without more regular international racing and a change in leadership attitude, I just don’t see the Ozzies being a huge factor In Tokyo 2020 – a sad possibility for me and for international sport.

Agreed…Australia seems to have a low conversation rate of young talented swimmers into international competitors.

Oh, please!
I lived in Sydney, for crying out loud!!!
My usage perfectly fine, mate!

The beef is with the spelling “Aussies”:

Aussies or wizard of OZ, but not Ozzies.

Nope, we’re not drunk gothic rockers, we’re Aussies. And I’m so sorry you had to live in Sydney

I thought you are in Dallas.
Surely a maverick 😂

Ho, Ho, Ho!
Neither Maverick nor Cowboy nor Star
Operative word in previous post – “lived” – past tense
In Dallas, living here now – Lone Star Republic and all that!
PS: Oxford English Dictionary thinks “Ozzie” is just quite fine as a spelling –

Both Thomas Neil and Se-Bom Lee are right up there but i ended up deciding between a few swimmers based off their relative placings at Junior Pan Pacs. They are definitely two worth watching though

I would take Neill over Hauck any day. Neill has much better technique than Hauck and he did actually swim much better than Hauck in Fiji too. Hauck has been outswimming most of his age group competitors taking advantage of his massive size, but that advantage is diminishing quite quickly. He is still a very good talent though, but I think both Neill and Lee have better technique and long term potential than Hauck.

Thomas Neil, may be a fantastic swimmer, but if you actually looked closely you would notice that Neil is the same size as Hauck, height-wise and muscle-wise. Hauck’s technique is one of the best in Australia’s, proven by one of the worlds best coaches, Bill Sweetenham, who has trained many, many olympians and professional swimming teams from different locations around the world. Hauck is also faster in many of the same races and Hauck and Neil do very different races. For example, correct me if I’m wrong, Hauck beat all of Neil’s times at Age Nationals this year. You cannot compare them from Fiji as they did very different races. Overall, they both have alot of potential but Hauck is… Read more »

Whst you said is actually what I am saying. Neil was much smaller kid than Hauck until this year. Hauck has been massive since he started swimming, but both Neil and Lee were much smaller, Lee is still very small while Neil grew a lot in last couple of years. Hauck was faster than Edwards-Smith when they were younger in backstroke, but now you see what’s happening. And Hauck didn’t even win fly at the state. You probably didn’t do your study either. In 400m free at last year’s (2018) age Nationals, Neil beat Hauck quite convincingly. Hauck’ best events now are 200 fs, 200 IM and 400 IM. I am not sure he would be better than Lee in… Read more »

this is good stuff, note that tom hauck went to junior pan pacs ^_^

Sure did which is impressive from such a young swimmer. I didn’t mention it in the post as I thought his records and recent swims were more impressive