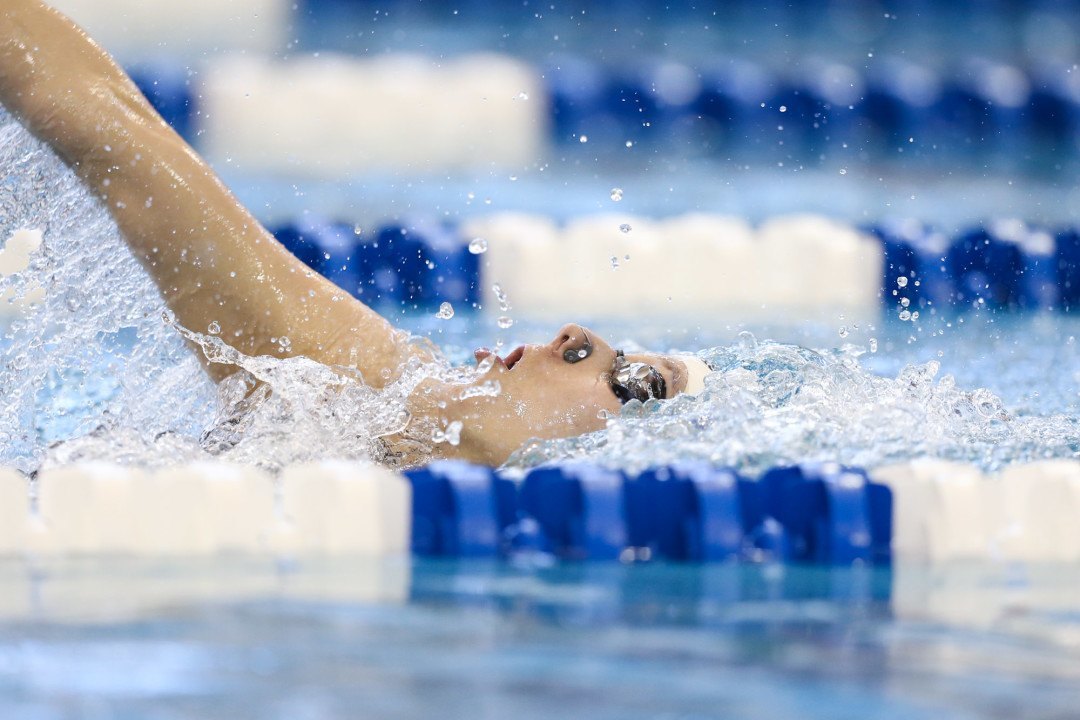 In addition to a group of Florida swimmers who aren’t swimming this weekend at the 2016 U.S. Winter Nationals, 100 back top seed Danielle Galyer has scratched out of the women’s 100 back. Her 51.44 had her seeded at the top spot, though she’s taken her name out of the event, sliding Indiana’s Marie Chamberlain (51.87) up to lane four in the final heat of prelims this morning. Galyer’s teammate at Kentucky, Bridgette Alexander, will take lane five next to Chamberlain in the last heat, however.

After swimming a lifetime best of 47.16 leading off Dynamo’s 400 medley relay last night, Michael Taylor has dropped the individual 100 back. His 47.16 from yesterday moved him to 37th all-time in the 17-18 age group. He was initially seeded fifth overall. Meanwhile, UVA commit Paige Madden has foregone her #2 seeded 200 free spot to focus on the 100 back, where she is seeded ninth.