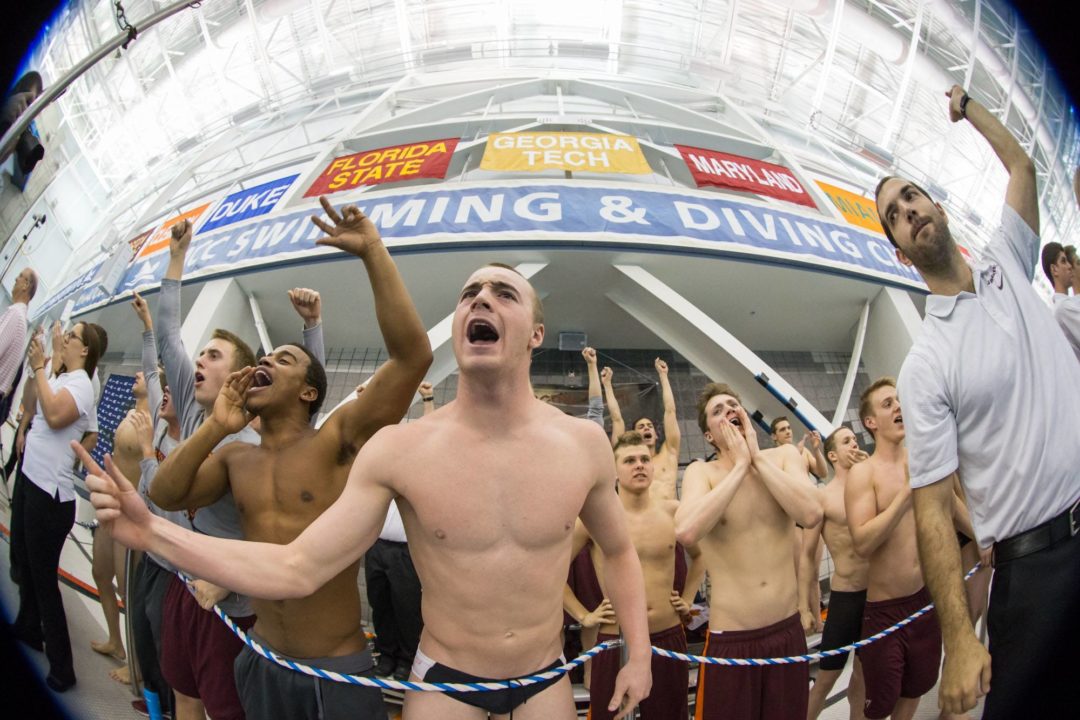 Virginia Tech added one male and one female diver to its NCAA rosters on the final day of NCAA Zone A's championships. That was led by platform champ Thomas Shinholser. Archive photo via Tim Binning/TheSwimPictures.com

Virginia Tech added one male and one female diver to its NCAA rosters on the final day of NCAA Zone A’s championships. That was led by platform champ Thomas Shinholser.

Harvard’s Jing Leung won the women’s platform event to give the Crimson its only NCAA diving qualifier.

In terms of the NCAA team battle, Virginia’s women were the biggest team to earn another diver. Kylie Towbin grabbed a reimbursement slot with silver, joining Sydney Dusel on the NCAA roster.

Impressive week for the Hokies