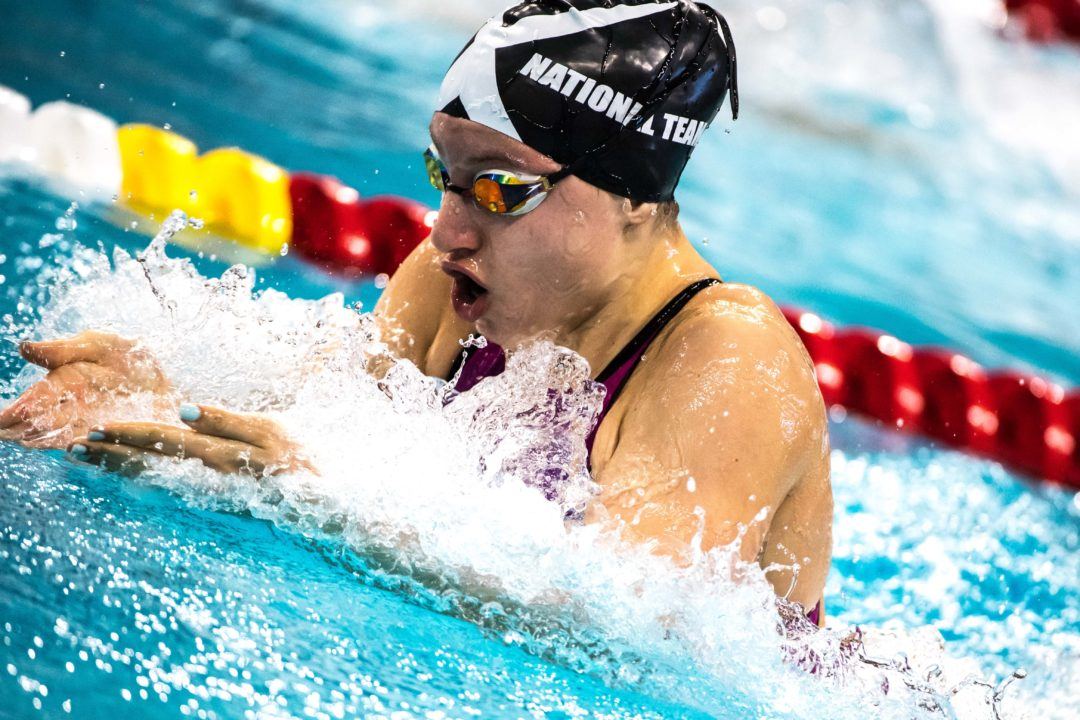 Skirboll swam at the ISCA December Senior Classic in Chatham, Virginia. The meet featured both long course and short course sessions, stretching from Thursday to Sunday last weekend. The meet was hosted at the Onishi-Davenport Aquatics Center.

Skirboll came into the meet with Olympic Trials cuts notched in the 50 free and 100 breast. But she had a target painted on the 100 free cut as well, coming in just three tenths off the cut with her swim from 2019’s Summer Nationals.

Skirboll won the individual 100 free, but couldn’t quite make the cut, going 56.95. (The Olympic Trial cut is 56.29). So Skirboll went after it again on the opening split of her 200 free. She rocketed out eight tenths of a second faster than she was in the individual 100, touching at 56.28 for her split and shaving just .01 under the Trials cut.

Other notable swims from the ISCA meet: