Zach Fong on Subirats Pool Record: Subi “Taught me a lot about how to swim butterfly” 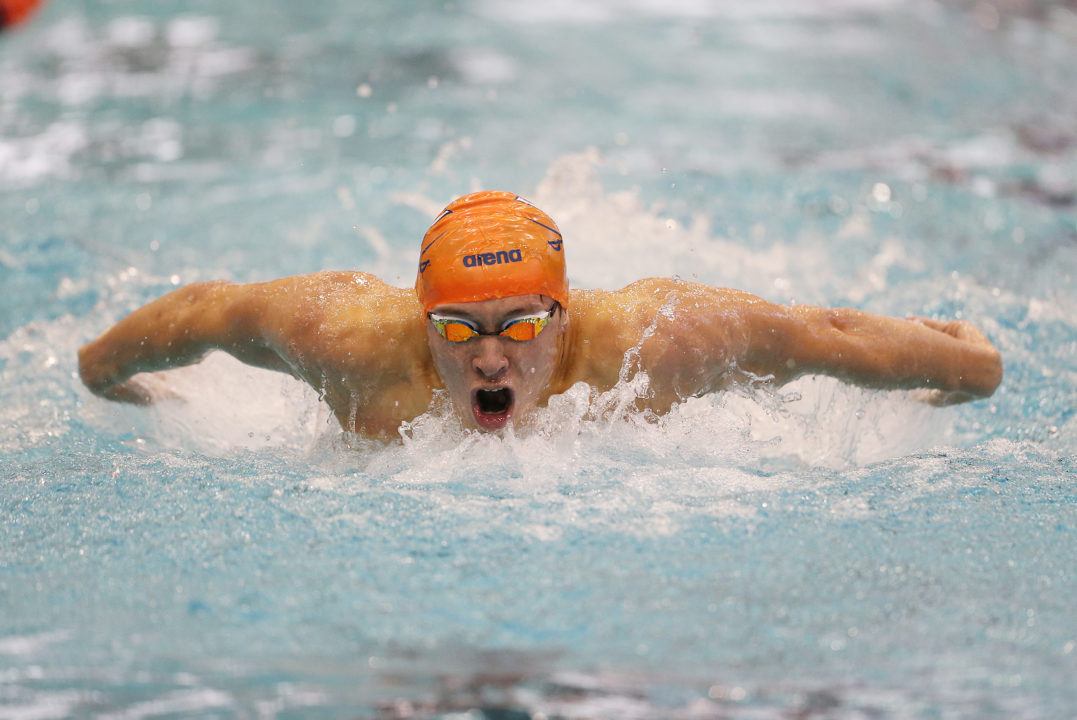 UVA seniors Zach Fong and Bryce Keblish wanted to do something special for their last home meet ever. They exhibitioned the 100 fly and donned tech suits with a specific goal in mind – pushing each other to take down the school and pool records. Current photo via Virginia Athletics

Virginia seniors Zach Fong and Bryce Keblish wanted to do something special for their last home meet ever. With UVA’s victory securely in hand, the Cavaliers exhibitioned the 100 fly, and Fong and Keblish donned tech suits with a specific goal in mind – pushing each other to take down the school and pool records.

Fong succeeded, dropping a stunning 45.53 swim that broke his own school record of 45.73 from last year’s NCAAs, as well as the previous pool record of 46.1, set by Venezuelan Olympian Albert Subaritsback in 2016.

Fong was well aware that Subirats, now an assistant coach at Virginia Tech, was on deck; the two are friends and actually had trained together during Fong’s freshman year. UVA’s head coach at that time, Augie Busch, had been an assistant at Arizona when Subirats swam there.

That time of 45.53 moves Fong to 4th in the NCAA this season and would have been enough to secure a B-final appearance at NCAAs last season. Fong finished 17th at NCAA season while setting that school record time.