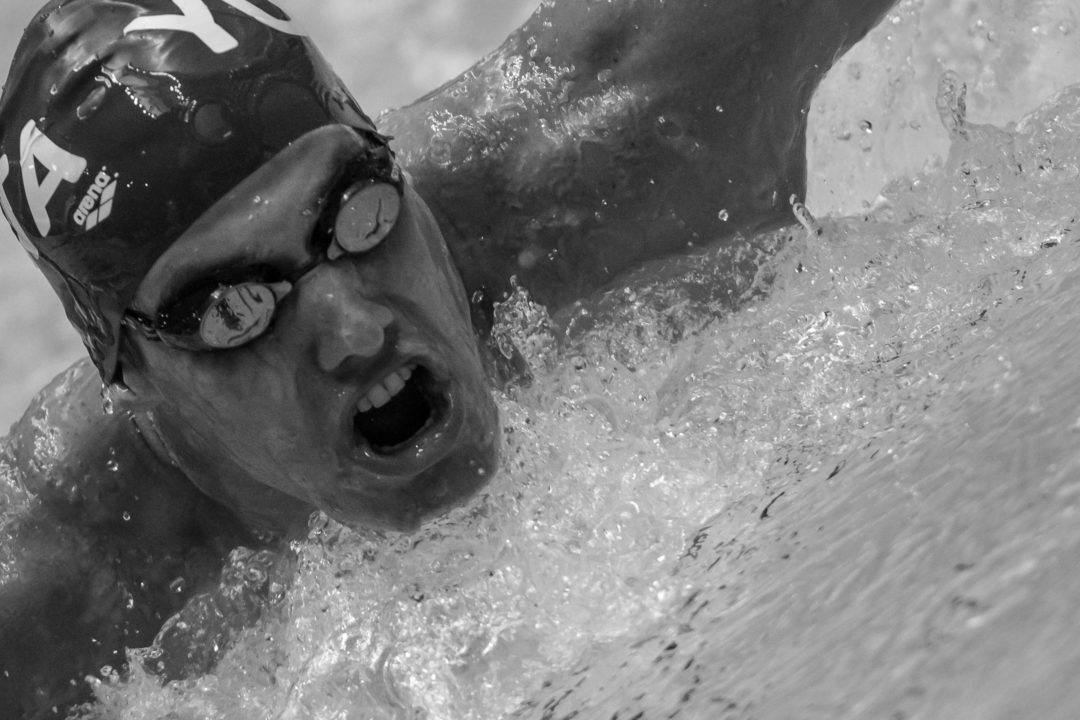 The Yale women barely skipped a beat, winning every event until the 100 fly towards the very end of the session.

Penn freshman Monika Burzynska was the only non-Yale win on the day, striking in the 100 fly. She posted a 55.62, with nobody within a second of her. Burzynska’s 25.09 fly split on Penn’s 200 medley relay was also the quickest in the field.

On the men’s side, Penn controlled the meet.

The Quakers got off to a flying start in the 200 medley relay, going 1:29.13 to finish a whole two seconds ahead of the rest of the field. Mark Andrew, Mark Blinstrub, Sean Lee, and Thomas Dillinger were four key players for Penn. They were on that 200 medley relay, with Andrew splitting a 24.62 breast and Dillinger 19.70 on the anchor leg. Later in the meet, all four of them would win two individual events before reconvening to dominate the 400 free relay.

Yale got on the board with a win in the 200 free courtesy of Henry Gaissert (1:40.16), while Dartmouth diver Justin Sodokoff pulled out a win on the 1-meter.