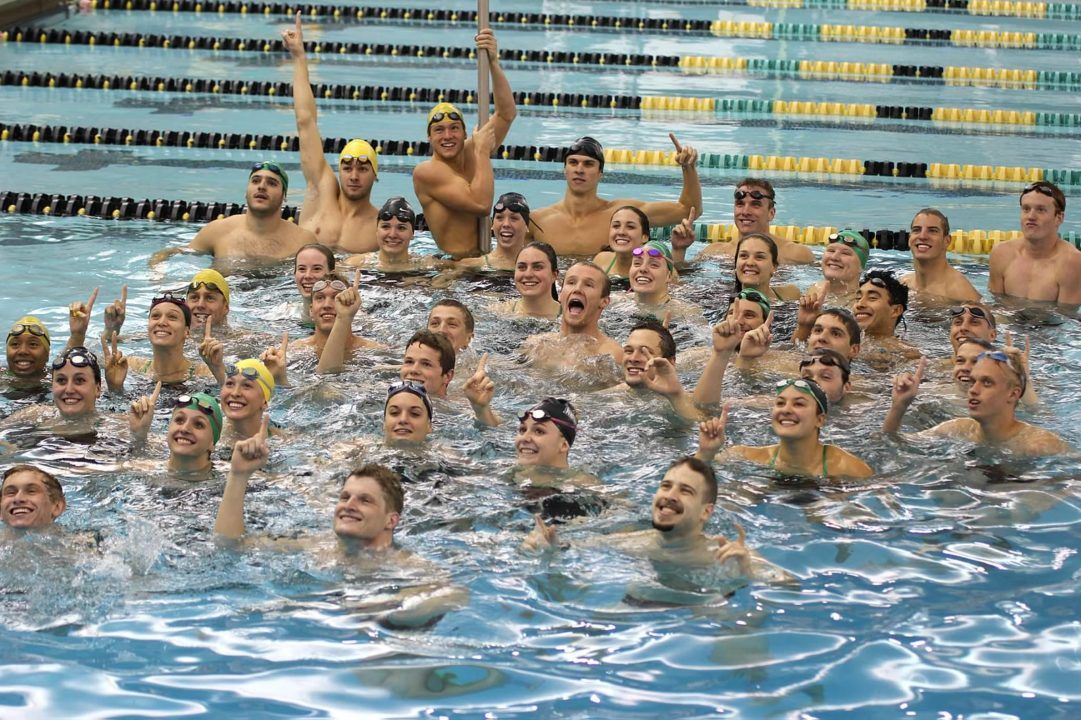 After raising the requisite $85,000, the Raiders have been allowed the opportunity to compete during the 2017-18 season. Archive photo via Wright State Athletics

As a reminder, in mid-May, Wright State University announced that it would be eliminating the men’s and women’s swimming and diving teams as part of a budget remediation process, estimating the move would save the school $500,000. In a somewhat unusual move, the university’s Board of Trustees voted on June 8 to allow interim President Curtis McCray and Director of Athletics Grant to explore ways of allowing the swimming and diving teams to compete for one more season. Coach Kyle Oaks and the Collegiate Swim Coaches’ Association of America (CSCAA) then set to work to raise the required $85,000 by the deadline of June 30th, 2017.

By June 13th they had already raised $27,921, and on June 21 the total funds received topped $44,000, nearly 52% of the goal. Over the last week, the efforts by former swimmers and friends of the program were fruitful. The Raiders met their goal and have been allowed the opportunity to compete during the 2017-18 season on a limited schedule that will include the Horizon League Swimming and Diving Championships in late February.

“There was tremendous support ranging from professors on campus, to parents, alumni and rival coaches. The success is a testament to the value of the college swimming and diving experience. I hope this inspires every alumni group to work on building a support network for their alma mater, whether endowment, annual giving or some other means of reminding campus leaders of the dedicated people our sport produces.”

Today’s announcement stated that “the school and the swimming and diving supporters will continue conversations about how to fund the program beyond the upcoming season.”

Wright State’s most successful program as defined by academics,world class culture,winning Conference Championships,medial meet wins, NCAA qualifiers,advancing gender equity,and creating revenue for the school has been SAVED for one more year. Now it’s time to ask the other sports at WSU to raise a similar amount of money to be able to compete next year. It’s also the time to insure the long term stability of the Raider Women’s and Men’s Swimming & Diving program through proven Development Strategies that further advance the value of the program. Thank you to the donors who “SAVED the Legacy”! Enjoy the moment but let’s get going on Saving the Program for years to come!

Coach Morton is absolutely correct. We need to maintain this passion and secure this program into the future. The administration needs to be educated on the total value of partially funded sports within their athletic dept. There are no swimming programs that are fully funded “head count” sports . These programs generate revenue and provide high character students for their university.

Right on Wally! If you are a college that hasn’t heard Coach Morton’s story of how he helped save Cleveland State Swimming you are a doing a disservice to your teams future.

Congratulations Raiders! This is awesome news!