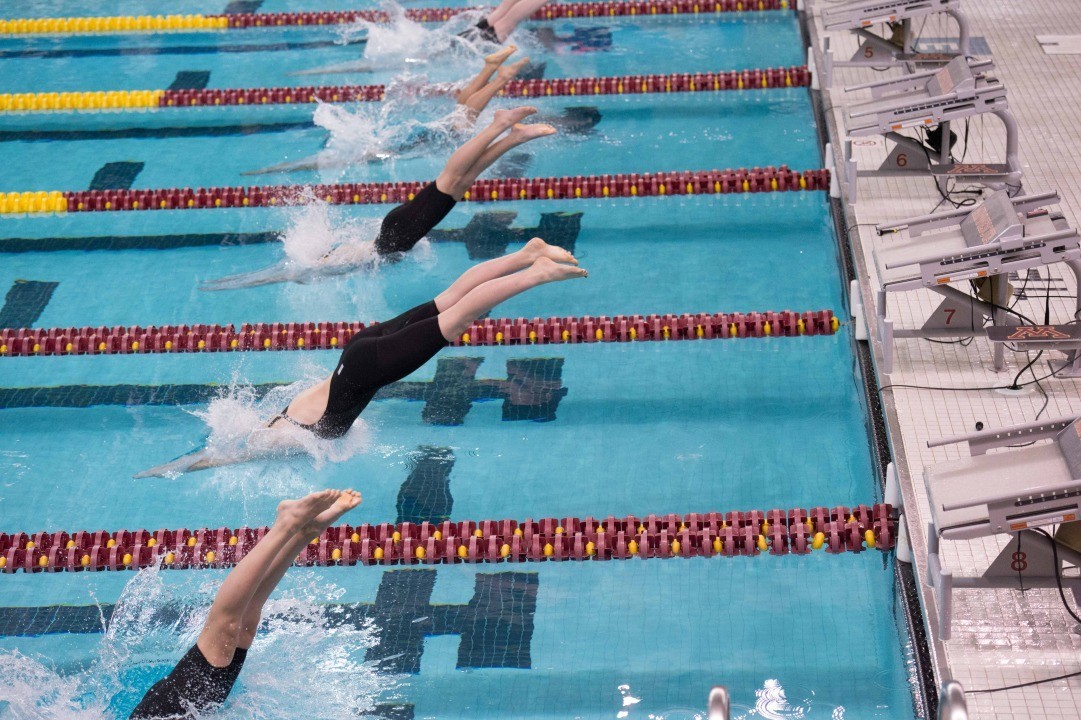 While competing as a member of the Brisbane Bisons, 16-year-old Mollie O'Callaghan put up a world-class 100m freestyle time leading off her squad. Stock photo via Mike Lewis/Ola Vista Photography

While competing as a member of the Brisbane Bisons at the recent Australian Virtual Relay Blitz, 16-year-old Mollie O’Callaghan put up a world-class 100m freestyle time leading off her squad.

Going back to O’Callaghan, the teen was set to be a member of the NY Breakers before the mass withdrawal of Aussies.

She’s been turning heads for some time now, having taken 4 relay gold medal and 4 individual medals in her age group at the 2019 Australian Age Swimming Championships.

She finished just off the podium multiple times at last year’s World Junior Championships, posting a time of 1:00.27 for 4th place in the women’s 100m back. She finished in the same spot in the 100m free, logging a mark of 54.84, while also painstakingly finishing 4th once again the 50m back in 27.94.

While competing as a Brisbane Bison, O’Callaghan ripped a lead-off of 52.99, crushing splits of 25.39/27.60 to get there. Entering this virtual competition, the teen’s best individual time in this SCM event rested at the 53.10 she produced just last month at the Queensland Short Course Championships.

Flash forward to this month, however, and O’Callaghan’s new 52.99 PB renders her Australia’s 2nd fastest 16-year-old ever, sitting only behind Olympic medalist Emma McKeon who owns the age record at 52.63.

Extrapolating her result to the ISL season had she indeed been a NY Breaker, if O’Callaghan could have replicated that performance, she would have earned 4.0 points in Match #4.

Nice to see so many young up & comers do so well. Swimming needs that.