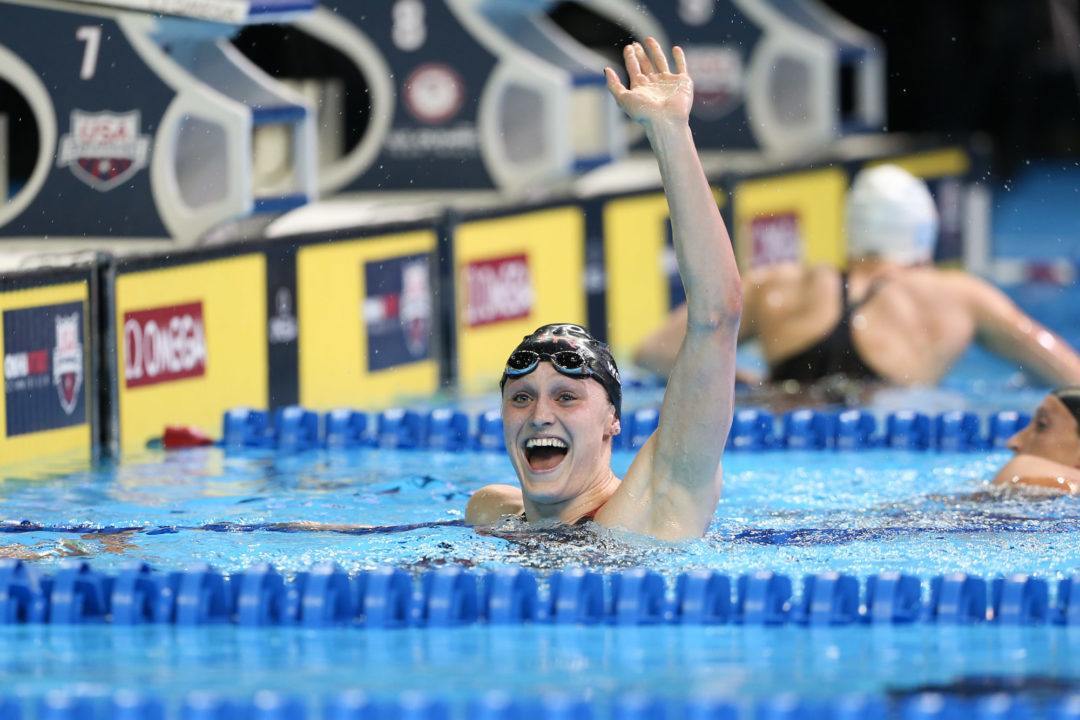 Up until this point of the series, the 100 fly had been dominated by Jeanette Ottesen and Katinka Hosszu. In Tokyo, however, Team USA's Kelsi Worrell took control of the race, picking up her first gold of the 2016 World Cup series. Archive photo via Tim Binning/TheSwimPictures.com

The third cluster of the 2016 FINA World Cup series is underway, with day 1 of the Tokyo stop of the series taking place today.

Up until this point of the series, the women’s 100 fly has been dominated by Jeanette Ottesen and Katinka Hosszu. Ottesen had a streak of 5 World Cup wins over Hosszu until last week, when Hosszu pulled off the victory. In Tokyo, however, Team USA’s Kelsi Worrell took control of the race, picking up her first gold of the 2016 World Cup series in 55.84 ahead of Ottesen (55.91) and Hosszu (56.02).

While she missed out on the medals, Japan’s Rikako Ikee set a new Junior World Record in the 100 fly with her 4th place finish. Ikee cleared the “world best time” mark that FINA set at 56.64, knocking it down a couple tenths with her 56.42.

Despite falling short in the 100 fly, Iron lady Hosszu was decorated in gold by the end of the day. Throughout the session, she won 4 events to bring her day 1 medal total to 5.

Another streak went down during today’s this session, this time on the men’s side. Vlad Morozov has been dominant in the men’s 100 free, but Australian Olympic champ Kyle Chalmers was the fastest man in the pool today. Chalmers broke his own Junior World Record to win the race in 46.12, just a few hundredths ahead of Russia’s Morozov (46.15).

Morozov returned to the pool for the 100 IM, where he closed in on his own World Record to bring home a gold medal. His winning time of 50.55 was just a couple tenths away from his record of 55.30, which he set back at the 2016 FINA World Cup stop in Berlin.

FINA should open up all world cups to international club swimmers!

Actually, it depends on the federation as they have the power to limit those who enter. Remove those restrictions (but set appropriate qualification times) and the series will flourish imho

Who, besides Arkady Vyatchanin, is affected by this?

It is good to see a well attended World Cup meet. (Thanks to Japanese club swimmers). It is a shame that the others aren’t as competitive…..or more so.