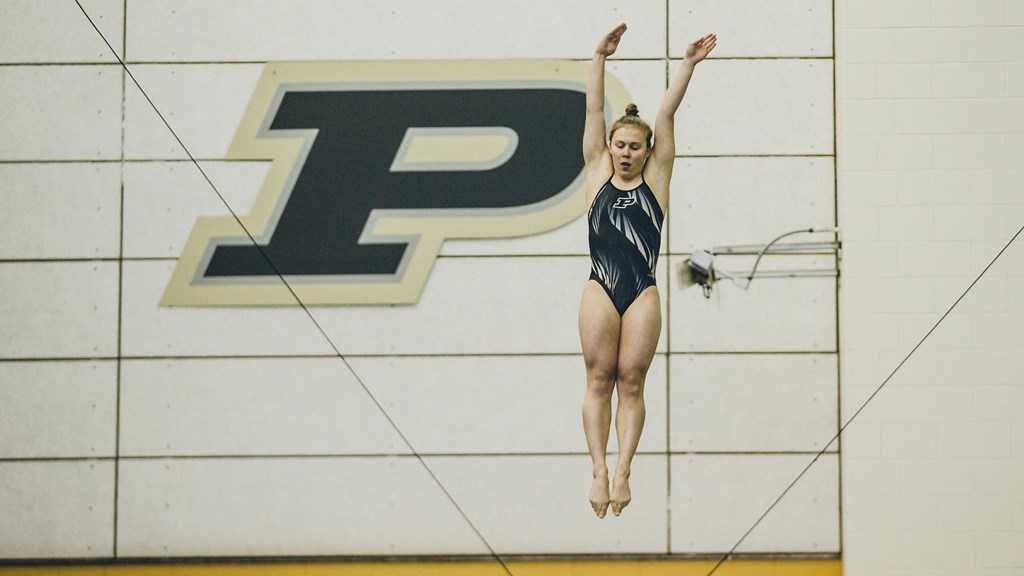 Bretscher, who represented Team USA at the 2019 World University Games, will compete with Purdue for the 2021-2022 season. Archive photo via Big Ten Conference

Diver Emily Bretscher will return to Purdue University to use her 5th year of eligibility for the upcoming 2021-2022 season. Bretscher is the only Purdue swimmer or diver that will return to compete for a 5th year. The NCAA has granted waivers that award all athletes who competed in the 2020-2021 collegiate season an extra year of eligibility due to the COVID-19 pandemic.

Bretscher is a three-time NCAA qualifier for the Boilermakers. At last year’s NCAA Championships, Bretscher qualified in all three diving events (1-meter, 3-meter, and platform), a feat that she has now earned twice in her collegiate career. Bretscher’s highlight was finishing 6th in the championship final and earning All-American status.

Purdue’s diving staff is led by Adam Soldati, who is a five-time NCAA Diving Coach of the Year. Soldati has been on the US Olympic Diving Staff at the past three Olympic games. Soldati has guided divers such as David Boudia, Steele Johnson, and recent 2020 Tokyo finalist Brandon Loschiavo to success at the Olympic level.

Boudia, a three-time US Olympic diver, has recently joined the Purdue diving staff as a full-time assistant coach. Boudia has won 4 medals at the Olympics, including a gold medal in the Men’s 10 m platform in London. Unfortunately, Boudia failed to make his fourth Olympic team after placing third in the 3-meter springboard at June’s Olympic Trials.

Bretscher will rejoin teammates Maggie Merriman, Jenna Sonnenberg, and Maycey Vieta for the 2021-2022 NCAA season. At the 2021 Women’s B1G Championships, Purdue scored 162 diving points, with Bretscher contributing  72 of the diving points. Purdue has had at least one female diver earn All-America honors at the NCAA Championships in 15 of the last 16 years the meet has been held. Last season, the Boilermakers sent three female divers (Bretscher, Merriman, and Vieta) to the NCAA Championships.