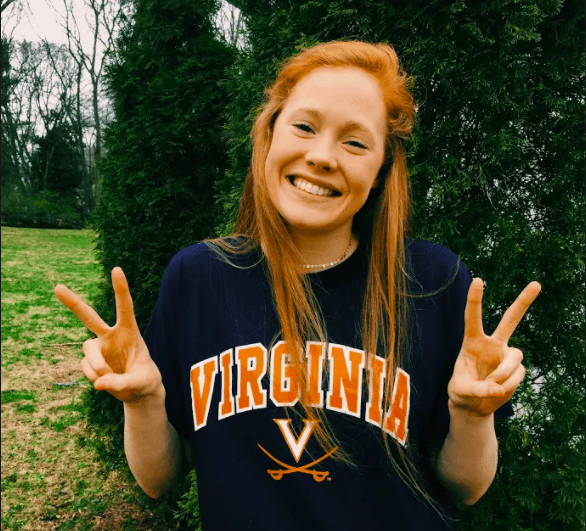 Niagara University Picks Up Versatile Keith Elgar for Class of 2025

Keith Elgar will join the Purple Eagles in the fall of 2021, adding more depth to their already-strong breastroke and IM groups.

The University of Virginia women’s swimming and diving class of 2023 has landed its second big verbal commitment in less than a week: Nashville Aquatic Club’s Ella Nelson. Nelson joins Maddie Donohoe of The Fish, who gave her verbal pledge to the Cavaliers earlier this week.

“WAHOOWA!!!!! BEYOND excited to announce my verbal commitment to continue my swimming and academic career at UVA! SO thankful for everyone who has supported me along the way. Can’t wait to be a part of such an exciting team #gohoos”

Nelson is a junior at Nashville, Tennessee’s Harpeth Hall School. Two weeks ago she contributed to the fastest medley relay in high school history, when she and Harpeth Hall teammates Alex Walsh, Alex Massey, and Gretchen Walsh won the event at the 2018 TISCA Tennessee State Championships in 1:38.77. Nelson contributed a 28.27 breaststroke split to the effort. She also won the 200 IM (1:58.31), was runner-up in the 500 free (4:50.16), and split 50.92 on the winning 400 free relay.

Nelson swims year-round with Nashville Aquatic Club. She earned a spot on the USA Swimming Junior World Championship Team with her 10th-place finish in the 200 breast at U.S. Nationals, then went on to earn a silver medal in the event (2:27.04) in Indianapolis last summer. At Winter Juniors East in December she took second in the 200 breast, 5th in the 200 IM, 9th in the 400 IM, and 18th in the 100 breast, and earned PBs in the 100/200 breast and 400 IM.

Nelson will fill a hole in the UVA lineup; her 2:09.87 200 breast time would have put her fourth and made her the only Cav in the A final at last week’s 2018 ACC Women’s Championships. She also would have scored in the A final (with freshman Erin Earley, and junior Rachel Politi) of the 400 IM and in the B final of the 200 IM. Moreover, at last year’s NCAA Division I Championships, Nelson would have been 1st alternate with 2:09.87; it took 2:90.79 to get a second swim.

I think it’s cool the orange matches her hair.

Underside of her fingers appear to be orange as well (at least in the photo I see of her they are) ?. Glad for her!!

Kids can stay in the East now. UVA seems to be the main attraction.