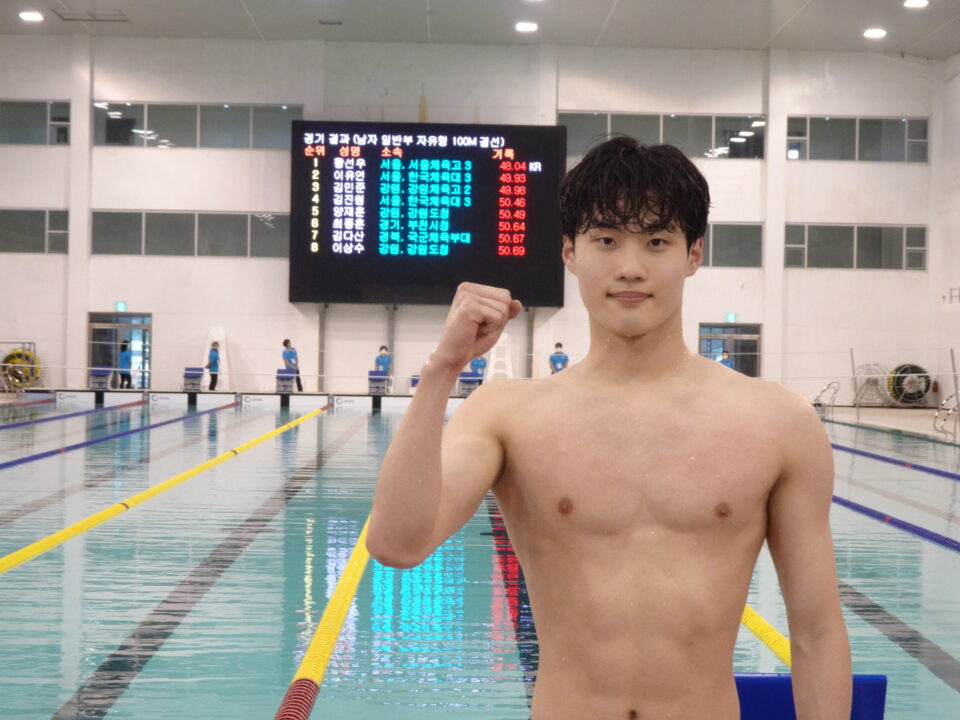 World Junior Record holder Hwang Sunwoo is on the prowl for an Olympic medal in the men's 200m freestyle in Tokyo, Japan later this month. Archive photo via Jinho Lee

The nation of South Korea has unveiled its roster for this month’s Olympic Games, with its 12-strong lineup consisting of 7 women and 5 men. This year’s contingency hosts 4 more athletes than the 2016 edition, with Kim Seoyeong and An Sehyeon representing the only repeats from Rio.

South Korea was medal-less 5 years ago, with the top finisher being that of Seoyeong who placed 9th in the women’s 100m fly. National record holder and 2008 Olympic gold medalist in the 400m free, Park Tae Hwan, wound up being a non-factor, as the man had been banned leading up to the Olympic Games and was only granted permission to compete at the 11th hour.

Although Park has not officially retired, the 31-year-old has been out of competition since last year. In his absence, Hwang Sunwoo looks to be Korea’s strongest potential medalist on the men’s side.

18-year-old Hwang set the World Junior Record in the men’s 200m free just this past May, clocking a super quick 1:44.96. That ranks the teen as the 5th fastest performer in the world this season heading into Tokyo.

I had a dream last night where he blasted a 1:44.1 in the semis in TOkyo

Possible legend in the making

Does he have any interest in swimming in the USA for college?

Yay! Sehyeon made it! Really surprised Korea didn’t try for a 4×100 men’s medley relay given that they have qualifiers in every stroke.

I still think by 2028, they’ll be a world superpower in swimming.