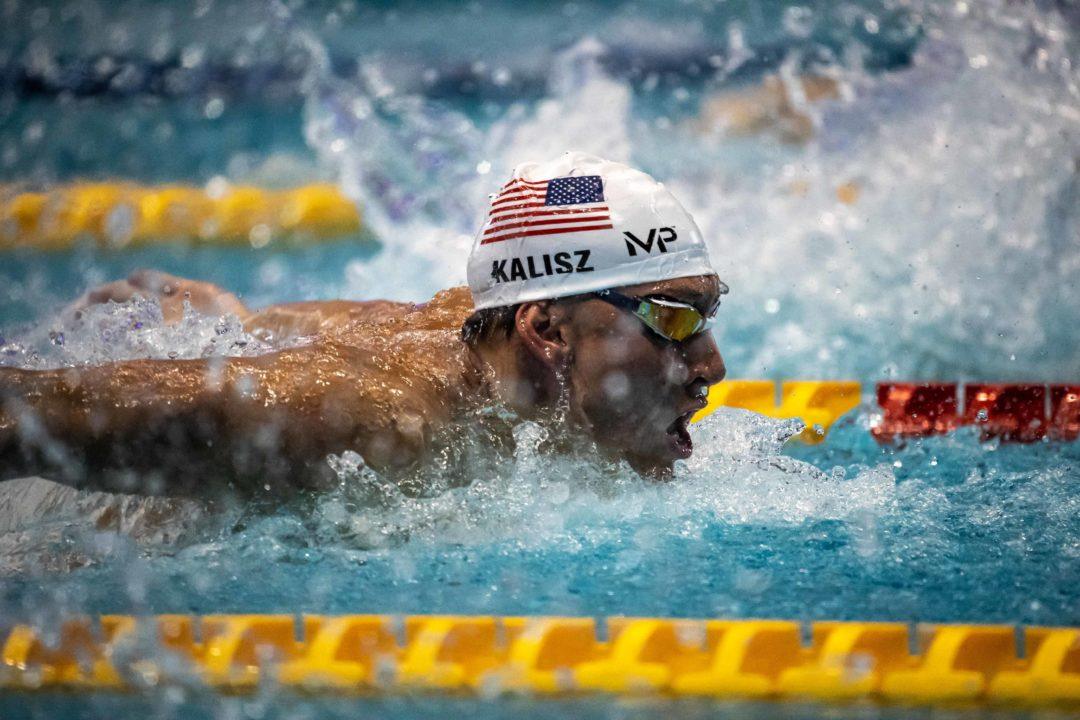 I am so excited to share that I’m officially joining #TeamMP as a global athlete ambassador!! I could not be more proud to be collaborating with @m_phelps00 and @mp_michaelphelps @withrepost @mp_michaelphelps Excited to officially announce the newest addition to the MP Michael Phelps Team: Chase Kalisz! Join us in giving @chasekalisz a warm welcome to the MP Team and best of luck at the FINA World Championships next week in South Korea! #Phelps #MPTeam #ChaseKalisz

Excited to officially announce the newest addition to the MP Michael Phelps Team: Chase Kalisz! Join us in giving @chasekalisz a warm welcome to the MP Team and best of luck at the FINA World Championships next week in South Korea! #Phelps #MPTeam #ChaseKalisz

Kalisz won the 200 and 400 IMs at the 2017 World Championships and was the Olympic silver medalist in the 400 IM at the 2016 Olympics. His signing with MP has long been expected. Kalisz was a former club teammate with Phelps at the North Baltimore Aquatic Club, and was also on the 2016 Olympic team with Phelps.

Kalisz swam in the NCAA for the University of Georgia Bulldogs. He wrapped up his college career in the spring of 2017, winning NCAA titles in the 400 IM in three of his four collegiate seasons. Kalisz also took a redshirt in the 2015-2016 season to focus on making the Olympic team – that ultimately paid off in the 400 IM silver medal.

Taking over the American IM throne from Phelps and multi-time world and Olympic champ Ryan Lochte, Kalisz was one of the top professional swimmers still unsigned on the market. He’s part of the U.S. World Championship team in the 200 and 400 IM, and is a strong medal contender later this month in both of those events.

Aaaaand Mizuno just missed another one

Congrats to one of the most poised and articulate athletes in US Swimming. I wish you a very good run over the next few years!