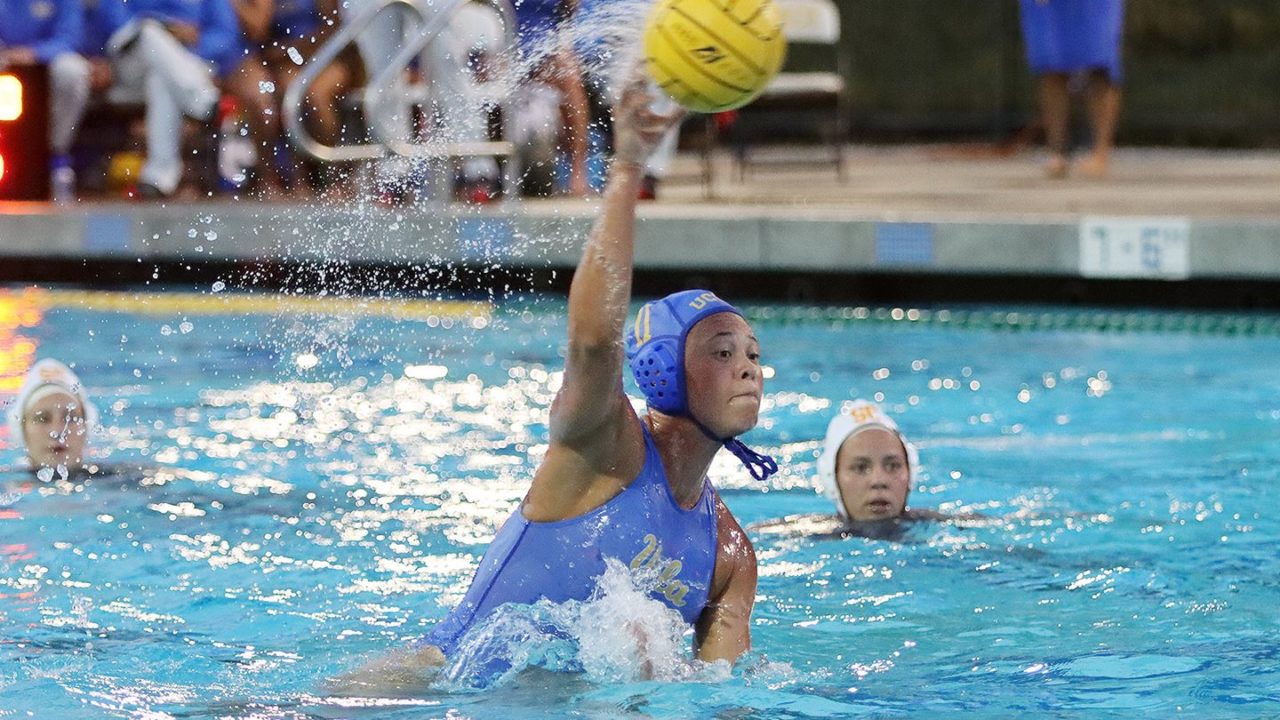 There were only a few small changes to the collegiate women's water polo Top 25 poll after Week 7 produced just one upset. Current photo via Richard Quinton, UCLA Athletics

There were only a few small changes to the collegiate women’s water polo Top 25 poll after Week 7 produced just one upset.

USC still tops the poll at #1, while Stanford and UCLA are tied for second, followed by Hawaii and UC Irvine. UCLA moves into the tie with Stanford after ranking third in the February 26 poll.

Stanford topped #10 UC San Diego 11-2 and LIU Brooklyn 19-2 on Sunday. UCLA and Hawaii did not play on Week 7. UC Irvine registered a 12-8 win over #16 San Diego State as Tara Prentice put in a career-high five goals.

The Bruins will have their new ranking tested against #7 Cal on Saturday and #23 Pacific on Sunday.

Cal State East Bay takes over the #25 position, dropping last week’s #25 Cal Baptist into the group of four vote getters outside of the Top 25. East Bay, which received votes in the Feb. 26 poll, scored the lone upset of Week 7, edging Cal Baptist 11-8 at the Tina Finali Invitational in Thousand Oaks, California, on Friday.