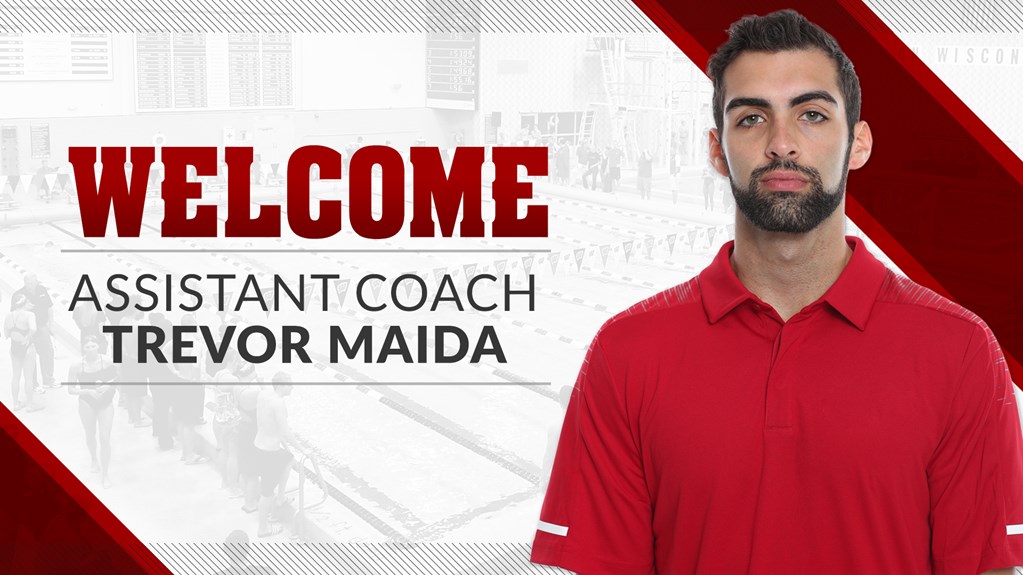 Maida spent last season as a volunteer assistant with Indiana, where he was a part of the program's dual Big Ten conference title season.

The Wisconsin Badgers have announced their 2nd new coaching hire of the 2019 offseason: Trevor Maida will join the swimming & diving staff as an assistant. He fills the gap left by the departure of Neil Caskey, who left after 4 seasons to become the assistant coach for the Stanford men.

Maida comes to the program from Indiana, where he spent the 2018-2019 season as a volunteer assistant. In that season, Indiana swept the men’s and women’s Big Ten titles for the first time in school history. He also acted as the program’s social media director – Indiana has 80% more Twitter followers than does Wisconsin and 125% more Instagram followers.

Prior to Indiana, he spent two-and-a-half seasons as an assistant at his alma mater St. Bonaventure. Maida came to the school as a swimmer, but an injury during his freshman year ended his career and he transitioned to work as a student-assistant primarily with the distance program.

“We’ve been following Trevor’s career for a while now and we’re thrilled to add him to our staff,” head coach Yuri Suguiyama said. “In just a short time he’s been able to work with and impact some really elite-level athletes. His passion, expertise and care for student-athletes and their experience are perfectly in-tune with what our program at Wisconsin is all about.”

Wisconsin also replaced their diving coach this season with WAC Diving Coach of the Year Landon Marzullo from UNLV. The Wisconsin men finished 6th at last year’s Big Ten Championships, while the women were 5th in Suguiiyama’s first season as head coach.

“I couldn’t be more excited and grateful for the opportunity to work with Yuri, the staff and the student-athletes at the University of Wisconsin,” Maida said. “The Badgers are an outstanding team with an environment that is built to produce at an elite level. I can’t wait to get to work and make an impact from the start.

“I would like to thank Ray Looze, the staff and all the student-athletes at Indiana University for everything they taught me this past year; as well as Coach Mac and the swimmers at St. Bonaventure, who helped me establish myself as a coach.

Vote Up12-9Vote Down Reply
A spider

Well he was at IU…

we love you strong trevor