Why Ukraine Performs So Well at the Paralympics 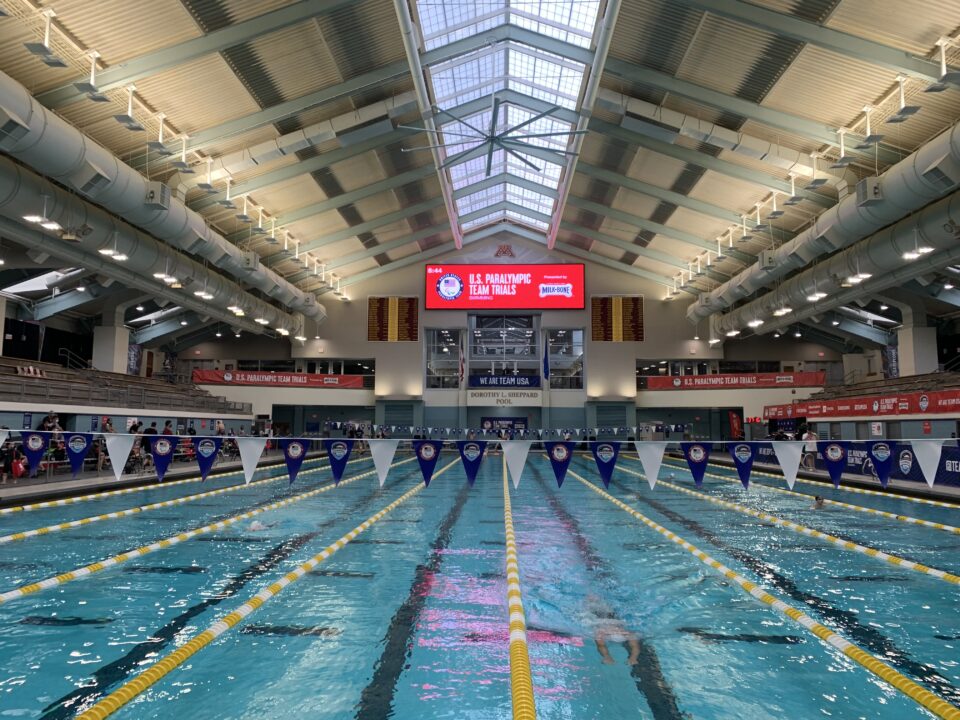 As we approach an exciting Paralympic Games, we reflect on what makes Ukraine such a powerhouse, in the pool and in other sports, too. Stock photo via Tony Carroll

After earning nine gold medals at the 1996 Atlanta Olympics, Ukraine has faced a steady decline, which has culminated in just one gold medal at the 2020 games. But while countries like the United States, China and Russia continue to dominate at the Olympics, Ukraine has risen through the ranks at the Paralympics, positioning itself as one of the top countries at the competition.

The country began their Paralympics debut by ranking thirty-fifth, swiftly improving to win sixth in 2004, followed by two fourth place finishes in 2008 and 2012, and a third place finish in 2016. Through the years, Ukrainian athletes have won 238 Paralympics medals.

After the 2016 Paralympics, where Ukrainian athletes put up the country’s best performance despite the economic crisis, war and the loss of Crimea to Russia, then-President Petro Poroshenko said the athletes proved “the impossible is possible,” according to a BBC article.

Building a team of champions

Valeriy Sushkevych contracted polio when he was a child, and as a result has spent most of his life using a wheelchair for mobility. When he was at college, a Soviet official tried to block him from swimming, but a persistent Sushkevych fought the dicrimination and organized a group for swimmers with disabilities.

In 1991, Ukraine declared its independence from the Soviet Union, and Sushkevych founded and became president of the Ukrainian Paralympic Committee. He developed a program called Invasport, which has facilities for Paralympic sports in every region in the country.

“There is infrastructure in all regions of Ukraine, with schools for children with disabilities. This system works and brings results,” Sushkevych told BBC. “But the system can’t work without people… people who withstand all these problems: lack of money, political crisis, war and all other troubles. And these people are extremely dedicated.”

The Invasport system also better insulates Ukrainian athletes from outside forces. For example, when the main Yevpatoria Paralympic training center was lost when Russia invaded Crimea, athletes were still able to train for the Rio Paralympics at other facilities.

Another benefit of the Invasport system is the depth of athleticism it provides. In the United States, for example, athletes are pulled from around the country for the Olympics and Paralympics, trained at many different facilities. The result is that the country has more good athletes from all over the country, rather than relying on one main recruiting base to find talent.

Invasport utilizes the same reasoning. By creating a nationwide system of recruitment and training, Ukrainian officials can develop a deep team of athletes that win hardware on a scale similar to the U.S. and the Olympics.

At the 2016 Paralympics, over half of Ukraine’s 117 medals were won in the pool.

Ukrainian swimming dominance has also made itself evident this year. At the 2021 Para European Championships, the country snagged over 30 gold medals and over 80 medals total. Swimmers like Maksym Krypak, Anna Stetsenko, Yelyzaveta Mereshko and Denys Dubrov have powered their way to the top of the podium. Some Ukrainian swimmers, however, have faced controversy for their participation in the Paralympics.

This year, Ukrainian athletes are positioned to once again dominate at the Paralympics, especially in swimming. Ukraine edged out Italy to top the medals table at the Para European Championships, and we’ll keep you updated on the country’s performance in Tokyo.

They don’t use words in story titles that they don’t deem necessary?

I think we all know the answer to this question is addressed in the final sentence of the penultimate paragraph.