Who Are Pita, the Shirtless Tongan Flag Bearer, & His Swimming Teammates? 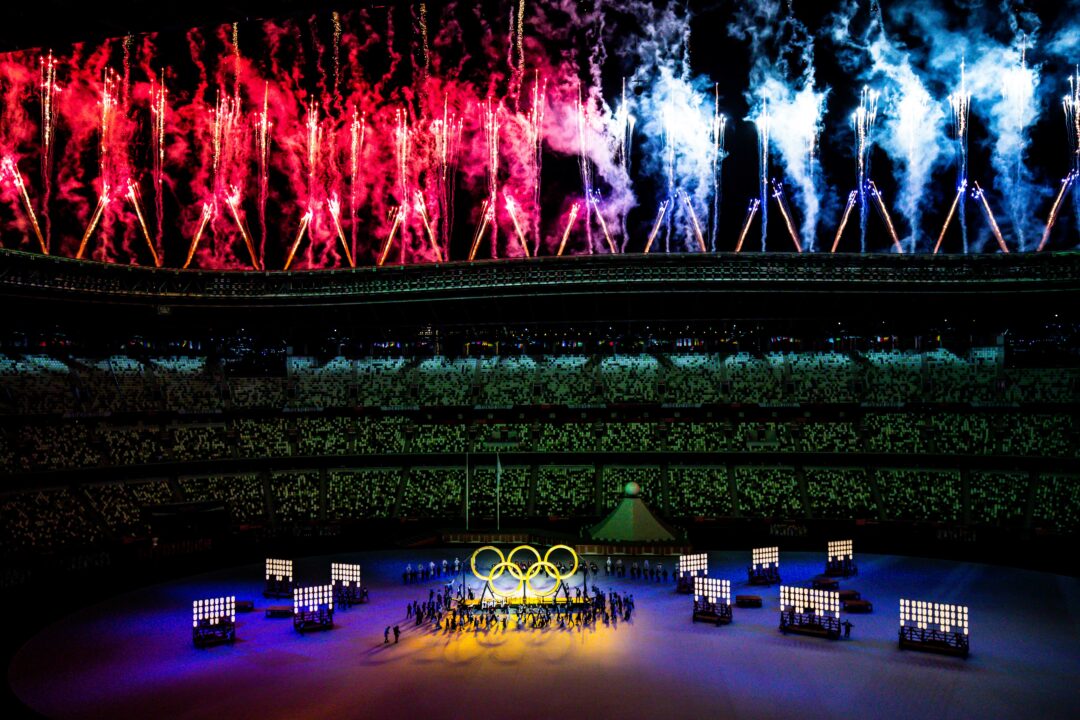 Who is Pita Taufatofua, the shirtless Tongan Olympian that every 2 years lights up the internet?

Taufatofua made his first appearance at the Rio 2016 Olympics and went viral when he carried the Tongan flag in the Olympic opening ceremonies wearing a ta’ovala – a traditional Tongan mat that is wrapped around the waist. With his upper body exposed, Taufatofua was covered in oil that made him shine especially bright among a field of stars in the Maracana.

That year, he competed in Taekwondo, where he lost to Iran’s Sajjad Mardani in the opening round 16-1, with the match being stopped in 6 minutes. But even in loss, the hearts of the world grew to love him more.

“I thought I was the best in the world. [Mardani] proved me otherwise. he did it very quickly, as well,” he told the Wall Street Journal afterwards.

Taufatofua celebrated that he earned a point.

That earned him a special spot in the closing ceremonies of the Games.

Two years later, he was back for the Sochi Winter Olympics, where he became his country’s second-ever Winter Olympian, having picked up cross-country skiing. Again he carried the flag in the opening ceremony as the country’s only participant, and again he did so nearly-nude in spite of below-freezing temperatures and after telling the media that he would wear a shirt before the ceremony.

Pita Taufatofua braved the frigid temperatures of the Winter Olympics and marched into the Opening Ceremony without a shirt—again https://t.co/YidhuBt76l

In April 2019, Pita announced that he was going to attempt to qualify for the Tokyo 2020 Olympics, this time in the K-1 200-meter men’s kayaking event. He came up short of that qualification, but is back in Taekwondo for the Tokyo Games.

That gave him one more opportunity to bear his oiled chest on Friday evening in the Japan National Stadium. There was no crowd to roar at his appearance, but plenty of hearts surely fluttered at home when he was again sporting a sheen of oil entering the stadium.

He used the platform to promote female participation in sport in Tonga, calling it a “proud day for all the strong women in Tonga and the Pacific” as he carried the flag alongside Malia Paseka.

A proud day for all the strong women in Tonga and the Pacific. Great Job Malia Paseka and all the Tongan athletes proudly carrying the Tongan flag out into the world pic.twitter.com/WJj1TiteQa

A special congratulations to our Flag Bearer, Malia Paseka. She did an amazing job leading the way for more participation of females and youth in sport in Tonga. So proud to walk along side our first ever female taekwondo Olympian!
–@olympics @tokyo2020 @worldtaekwondo.pr pic.twitter.com/nb5wyj3ImV

The 37-year old Taufatofua was raised in Brisbane, Australia – which will surely earn him a special place at the Brisbane-hosted 2032 Olympic Games, though he’ll likely be past his competition days by then.

He is part of a founding commission that will, with Australia Sports, provide funding to Pacific Olympic and Paralympic athletes moving forward to further grow sport in the region.

A very successful launch of the partnership between Aus sports and the Pacific Olympic and Para Olympic athletes. Aus will provide funding to athletes preparing for Tokyo and beyond. Special thanks to Hon Marise Payne, Hon Zed Seselja, Pacific Aus Sports and ONOC. Sports for all. pic.twitter.com/3B1KCWiZ5v

Pita is a perfect example of an athlete who embraces the spirit of Olympism. Coming again and again clearly without hopes of any medal performances, he embodies the famous quote by Olympic founder Pierre de Coubertin: “The most important things in the Olympic Games is not winning but taking part; the essential thing in life is not conquering but fighting well.”

And the Olympic spirit is catching in Tonga.

Like many of the Olympians from the small island nation of Tonga, which boasts a population of just over 100,000, Pita was born on the “mainland.”

The same is true for Amini Fonua, who represented Tonga at the 2012, 2016, and now at the Tokyo 2020 Olympics. He was born and raised in New Zealand to a Tongan father and a British-born mother.

This year, he’ll be joined by Noelani Day, who is Tonga’s first homegrown swimmer to ever compete at the Olympics. The 18-year old is the youngest member of the Tongan Olympic delegation.

Born in Holonga, she earned a spot on the Olympic Team in the 50 free by outracing foreign-trained competitors, in spite of not having a proper Olympic-sized pool to train in. Poetically, her family runs a business allowing tourists to swim with whales called Taufatahi Charters.

She is the youngest-ever swimmer to compete the 22.3km Apolima Straight Solo Swim in Samoa, having done so at 14, and competed at the 2017 Commonwealth Youth Games and 2019 World Aquatics Championships.

She faced an uphill climb, having been stuck in China early in the pandemic when the outbreak lockdowns first set in. She was there training with other Tongan athletes, and it took a few months for Tonga’s government to return athletes home. She wound up missing an entire term of school because of it.

She wound up training in the ocean while playing catchup in school while being coached by her mother, Vila Day, who has no background in swimming.

Day says she was inspired by watching Fonua race at the Olympics, even though he didn’t advance out of the preliminary rounds.

And so the cycle continues. If nothing else, Pita, arguably the most famous Tongan ever, has brought the attention of his nation to the Olympics, and the attention of the world to his nation. With a small population and limited resources, the country will probably never be an Olympic powerhouse, but they have carved out a special corner of Olympic culture.

Tonga’s Competition Schedule at the Olympics

Tonga has competed at every Summer Olympic Games since 1984, and at each of the last two Winter Olympic Games. The country won its first, and only, Olympic medal in 1996 when Super Heavyweight Boxer Paea Wolfgramm earned silver.

Is a well oiled torso against FINA regulations? I think Pita could give swimming a well deserved publicity boost in the games.