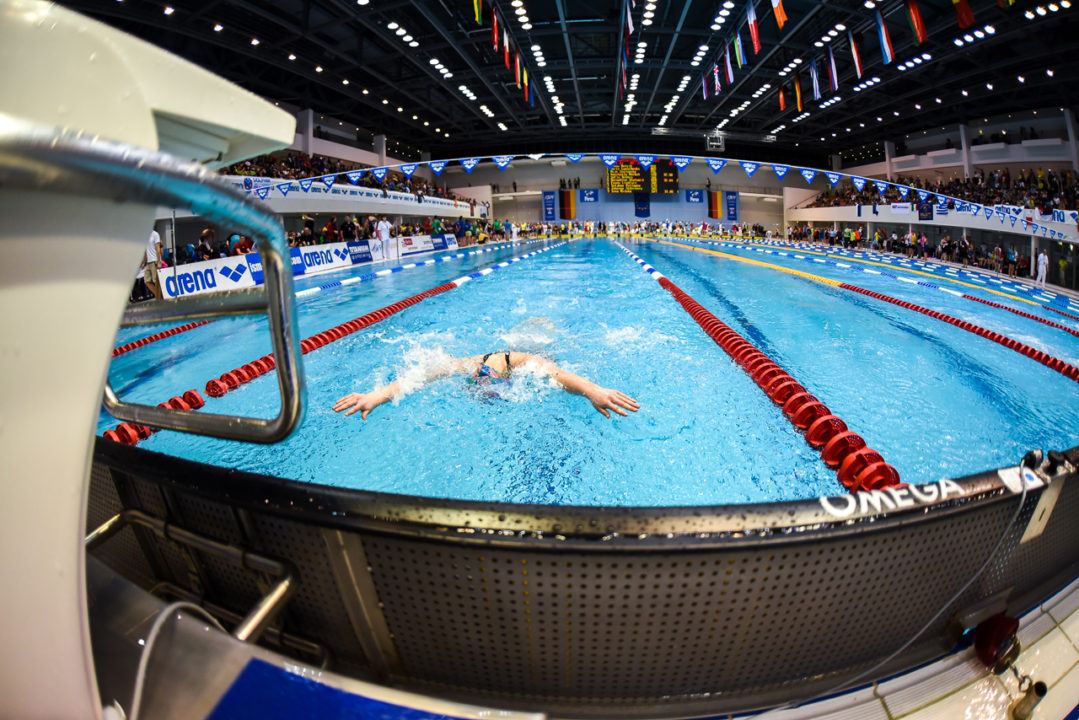 Zuhayr Pigot, a former swimmer for the D1 UNC Tarheels and former member of the Suriname World Championship swimming team, made a big splash in his first NCAA competition since 2015. Current photo via Peter Sukenik/www.petersukenik.com

Zuhayr Pigot, a former swimmer for the D1 UNC Tarheels and former member of the Suriname World Championship swimming team, made a big splash in his first NCAA competition since 2015.

Swimming at the first dual meet of the season for his new team, the Whittier Poets, an NCAA D3 team based in southern California, Pigot blasted a 49.09 in the 100 fly. That swim shoots him to the very top of the D3 rankings ahead of invitational season, and is good for a new Whittier team record. Since Whittier has still not published a 2017-18 roster, this swim may have come as a complete surprise to any observer, unless of course someone had been paying close attention to the 200 medley relay just a few events earlier, where Pigot split 21.75 in the butterfly leg.

It’s difficult to overstate how big of a pickup this is for Whittier. The team has sent only one qualifier to NCAAs over the past several years, and the former team record in this event was a 50.02 from 2017. Further, Pigot’s November swim would have placed third at last year’s Southern California Intercollegiate Athletic Conference (SCIAC) championships, and his best time would have easily won. He even has the fastest time of all returning D3 swimmers in the event, beating out Bouke Edskes of MIT (47.41).

Pigot has had considerably more success in LCM, especially in recent years. In fact, his best time in the 100 fly came from an early season dual meet in 2015, suggesting he has never peaked in the SCY version of the event. Also, his LCM times in the 50/100 freestyles and 100 back suggest he could drop considerably in those events as well, though his SCY 50 free time would already score at NCAAs.

Since SCIAC teams typically forego fall invitational taper meets, we likely won’t see what Pigot can do until February. But even if he has an off year, he is likely to be in the mix for a D3 NCAA title.

SCIAC conference has another outstanding foreign student swimmer, Lucas Ming at Pomona College. He is from Singapore and was a national level swimmer there before going into military service. Watch out for him this season.
SCIAC along with the rest of D3 swimming is getting incredibly fast.

I appreciate your enthusiasm Johan and while Lukas is an excellent swimmer, his times aren’t exactly “incredibly fast”

JJD – while you are correct that Lukas’s times nor any other current D3 swimmer’s are at an elite level, I doubt that was the assertion that Johan was making. What is definitely true is that D3 is getting much faster, perhaps at an even quicker rate than swimming in general and D1 (side note: that would be an interesting question to analyze). So it would be fair to say that it is “getting incredibly fast *compared to its historical level*.” It is also certainly true that SCIAC is gaining in competitiveness in D3.

Thanks Theo for covering for me! Yes I didn’t mean specific individual D3 swimmers (yet, but don’t forget Andrew Wilson who can beat most if not all powerhouse D1 swimmers), but D3 swimming in general. My child is looking at swimming in college. He can compete in mid-level D1, but very high level D3, so he chose a high level D3 school for not only swimming, but also the academics and the college life-school-swimming balance, something few D1 swimmers have. We talked to many past and current D1 swimmers and parents, and response has been largely negative. Cheers!

Why not. In the big scheme of things, where you swim isn’t as important as how you swim. And the kid is fast. Good for the program and good for him!