Where Will Members of the US Jr. Pan Pacs Team Swim in College? 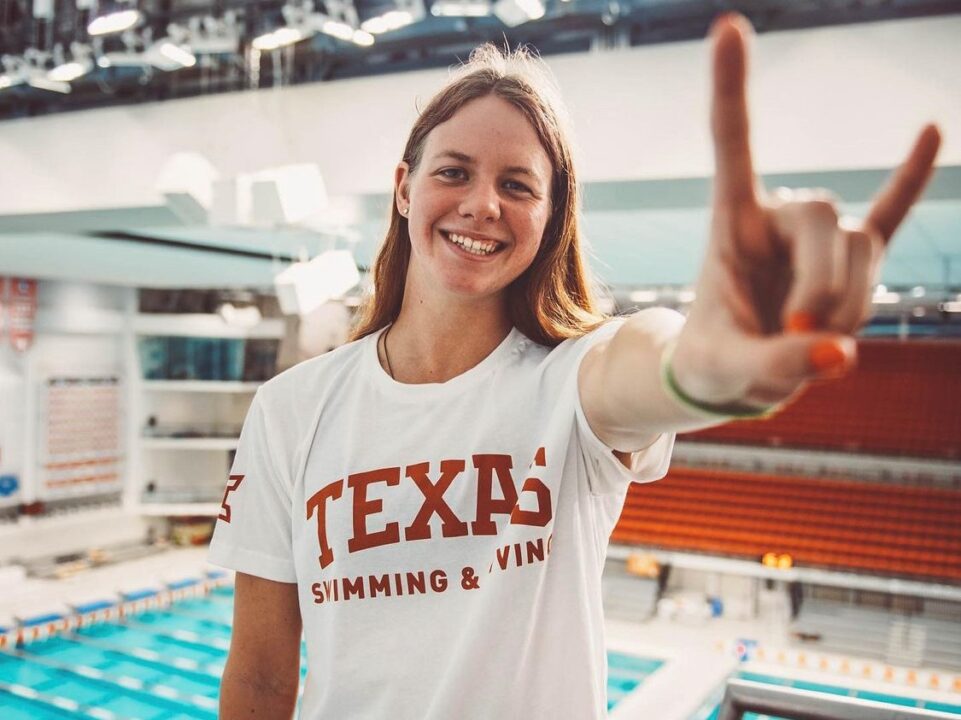 There are 22 swimmers on the US roster for the 2022 Jr. Pan Pacific Championships who are committed to swim at 9 different NCAA Division I programs. Archive photo via Caroline Bailey

Last month, USA Swimming announced its roster for the upcoming Junior Pan Pacific Championships, which will take place August 24-27 in Honolulu, Hawaii. The team consists of 20 girls and 21 boys who were the fastest 18 & unders (born in 2004 or later) from the US International Trials in April. Across both the boy’s and girl’s rosters, there are 22 swimmers committed to swim at 9 different NCAA Division I programs.

On the women’s side, there are 10 swimmers committed to continue their careers at the NCAA level. Among those committed, Texas is the most popular choice with Berit Berglund, Erin Gemmell, and Jillian Cox all committing to the class of 2023. All three swimmers were ranked in SwimSwam’s Rankings of the Girl’s High School Class of 2023, with Gemmell coming in 5th, Berguld ranking 7th, and Cox ranking 14th. Defending NCAA Champions Virginia and powerhouse Florida both have 2 commitments each from the class of 2023 with Virginia bringing in Tess Howley and Cavan Gormsen, and Florida getting Julia Podkoscielny and Michaela Mattes. Notably, Stanford has two commitments from its class of 2022 in the group, Natalie Mannion and Kayla Wilson. It is likely that the school will see more commitments from some of the class of 2023 swimmers, who often wait to announce their commitment until given a guarantee of admission during their senior year.

The 7 of the 10 remaining uncommitted swimmers stem from the high school class of 2024, which just entered its recruiting period on July 1. With swimmers from that class now eligible to talk to college coaches, commitments from that group should begin soon. Alex Shackell and Teagan O’Dell represent the high school class of 2025, and will not be eligible to commit to any program for another year. 14-year-old Kayla Han, the youngest member of the team, is not even in high school yet and will not see her graduation until 2027.

Much like the girl’s side, only 12 out of 21 swimmers are committed to NCAA programs on the boy’s roster. Stanford, Texas, and Cal each have 2 commits on the roster. Both Stanford and Texas’ commits are from the high school class of 2022. For Texas, this includes Spencer Aurnou-Rhees and Alec Enyeart, while Josh Zuchowski and Zhier Fan make up Stanford’s class. Notably, both Zuchowski and Fan are ranked in SwimSwam’s Rankings of the High School Class of 2022, with Zuchowski coming in 2nd and Fan ranking 11th. Cal has commits from Aaron Shackell and Keaton Jones, with Jones ranking 6th in SwimSwam’s Rankings of the High School Class of 2023. Other schools represented on the roster include Northwestern, Florida, NC State, UNC, and Virginia. There are 9 swimmers who are not currently committed to any NCAA program that are on the roster. Diggory Dillingham, Rex Maurer, and Henry McFadden are all among the Top Uncommitted Recruits in the High School Class of 2023. Cooper Lucas, Daniel Diehl, Watson Nguyen, and Kaii Winkler are all members of the high school class of 2024, while Maximus Williamson and Thomas Heilman represent the high school class of 2025. It is likely that there will be some new commitments from the class of 2024 as their recruiting period recently opened on July 1.

Bailey Hartman has committed to Virginia according to the Carondelet instagram page. Congrats Bailey!

Texas on the rise in the women’s side. Carol and Mitch seem to be doing a great job- interested to see if they can be in the fight for a title in the next 4 year considering their diving also

Texas women have always had strong recruiting classes. Their 2nd place finish last year already puts them in a “fight for a title” in my opinion. Other schools are on the rise as well and it will be interesting if Texas can continue to perform at the high level meets where they have historically struggled in the past. Hook ’em!

Nice article, and I appreciate the coverage of the junior national team.