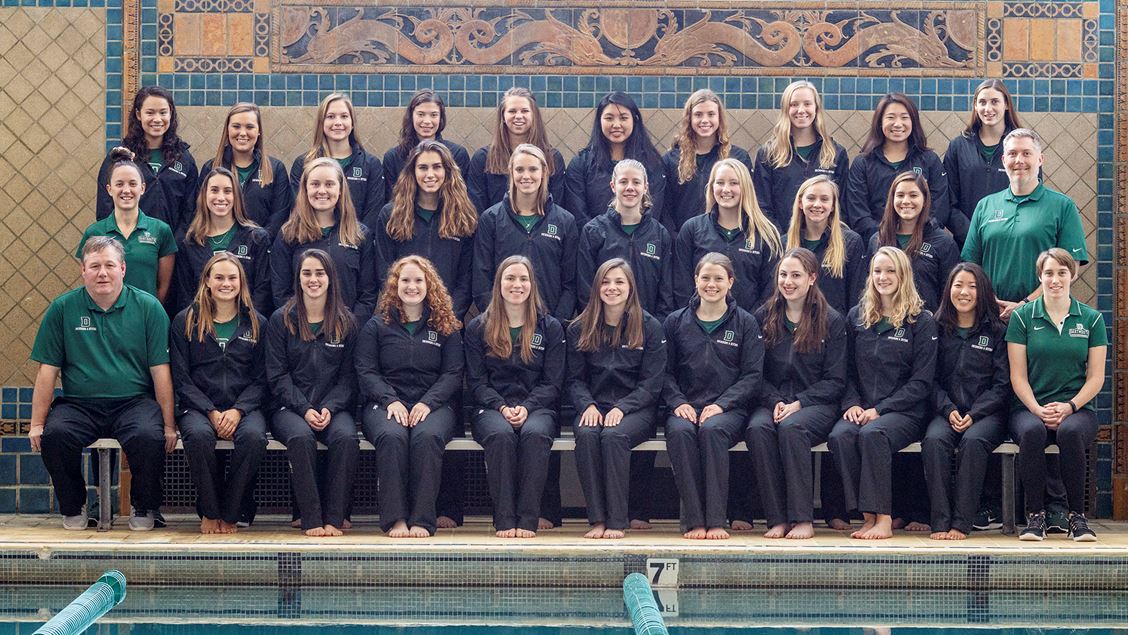 Free/fly specialist Michael Foley will make the trek across the Delaware River from South Jersey to Philly in the fall of 2021.

SwimSwam Podcast: Dartmouth Swim on ‘The Zoom Call That Said it All’

when Dartmouth swimmers did get an audience with the school president via Zoom, the results were not what they were hoping for, to say the least.

Princeton Legacy Isabella Korbly Verbally Commits to the Tigers for 2021

United Swim Club backstroker Isabella Korbly will follow in her parents’ footsteps and make DeNunzio Pool her home starting in the fall of 2021.

Last week’s announcement by Dartmouth College that they would be cutting their men’s and women’s swimming & diving programs, along with their golf teams and men’s lightweight rowing team, isn’t the first time that the school has tried to drop its aquatics team.

In 2002, Dartmouth announced the elimination of its swimming & diving teams as well. That was a simpler and smaller time in college athletics, though, where the program’s budget was just $212,000. These days, fundraising thrice that amount in some cases can’t even get a conversation with an athletics director.

One of the first attempts to fundraise to save the program came from sophomore swimmer Jenny Kunkel and her boyfriend at the time Jon Lenihan, who attended Xavier. The pair got the idea to list the item for sale on EBay, when the concept of the online-auction site was still relatively novel and becoming a cultural touchstone.

As was covered by ESPN’s Darren Rovell at the time, the auction did get some traction.

The cut at the time was made to satisfy about 80% of a mandated ‘trimming’ of the school’s athletics budget.

“They just made this drastic cut,” Kunkel said. “They didn’t even talk about creative ways to possibly finance this.”

The Times interviewed a spokesperson for EBay, who said that while actual sports teams, including 2 minor league baseball teams, had been legitimately sold on the platform, that they ultimately removed it because the swimmers didn’t actually have the authority to sell the team.

But the stunt did bring a lot of attention to the program.

Supporters of the program would eventually launch the John C. Glover fund, which was named after former Dartmouth All-American swimmer John C. Glover, who graduated in 1955. He died while training for the Olympics at Yale in 1956.

In total, $2 million were raised for that fund, which set up an endowment designed to fund the program for the next 10 years. That fund was exhausted in 2013, the school has confirmed to SwimSwam.

While Dartmouth swimmers have begun planning ways to revive their program, and we expect to feature them on the SwimSwam Podcast this week to discuss those efforts, the school seems to have declared that it won’t accept any effort to fundraise for the programs.

The school says that, even if they were funded, that they would decline to continue the sports because they didn’t believe that the sports would have a chance to excel without support from admissions in boosting student-athletes’ spot in line to get into Dartmouth.

Along with announcing the program cuts, the school wrote heavily in their press release about the need to free up spots in incoming classes to recruit non-athletes.

From the school’s FAQs:

Do you expect online petitions demanding reinstatement of the impacted sports?

In today’s world, it would be surprising if there were no online petitions demanding reinstatement of the affected sports. However, while we will fully appreciate the passion and sentiment such efforts would represent, many thousands of signatures, organized email campaigns, and social media posts will not change the reality of the current circumstances, nor will they reveal anything we don’t already know—that we’ve made decisions that were unexpected, and that will impact the affected student-athletes’ Dartmouth experiences. We are already aware of those unfortunate consequences. As difficult as the decisions were, we made them knowing they are in the best interest of Dartmouth and the long term success of athletics.

Can alumni and others raise funds to save the impacted sports?

In a community as passionate and supportive as Dartmouth, we anticipate that some alumni, parents, and others will advocate fundraising campaigns to save these teams. Some may make very generous pledges in support of such efforts. However, even if financial resources were plentiful, these sports would exist without any admissions support opportunities, making the competitive playing field extremely lopsided. This would result in such a frustrating and unsatisfactory experience that it would be implausible to expect Division I caliber athletes to choose Dartmouth over other options, or to attract and retain qualified coaches to lead the programs in such a scenario.

This leaves swimming & diving, again, in the school’s bullseye, rehaunting old nightmares from years past. The school says that it could find no compelling reason to protect the program from double jeopardy.

Again, from the school’s FAQs:

Why choose swimming and diving again after doing it less than 20 years ago?

We expect some will question our decision to eliminate swimming and diving in particular, in light of the fact that this same sport was eliminated in late 2002 and reinstated in early 2003. But when our recent analysis reached the same conclusion as 18 years ago, and we realized that our current swimmers and divers would be no more or less impacted than the student-athletes in any other sport chosen for elimination, it simply didn’t make sense to arbitrarily exempt swimming and diving from consideration.

The fight continues regardless, to save this college program, and others. With much bigger budgets in play, and much more money required to keep up with the proverbial Joneses, the mountain seems like a higher climb, especially as that mountain grows with the mounting financial impacts of the coronavirus.

But, it does happen, programs are saved from extinction, if rarely. Sometimes it just takes a little ingenuity to light a fire.

2 million funds raised and it was “exhausted”!? You could fund the 2 swim programs forever on the interest, if you were careful and frugal and continued to seek alumni support each year. — Sounds like the funds were used for pool maintenance and other items besides the team budgets. Really bad financial management for an ivy school that has smart people on its campus!

The fund was only established to exist for 10 years. It was administered as its purpose was intended.

After the ten year fund was exhausted, during the 2013-2014 season a permanent endowment was established by Victoria Gmelich.

So $200,000 drawn from it each year? Was the money kept under the ADs mattress? Yet their 5 billion endowment grew by 7.5% last year? Regardless of intended purpose, this is lousy use of real money! At worse the principal should have kept stable, at best, principal should have grown as fundraising $$’s were added to it…. Colleges live off endowment interest and rarely deplete principal, so why was this money handled any differently? My comment still stands.

I stand with your comments. The choices the Dartmouth administration is making now are very short-sighted. In addition to the swim teams, they cut golf and closed the Hanover Country Club permanently. It’s been in existence since 1899. They claim lack of funds? What??

Uhhhh even without scholarships, what kind of D1 program are you going to run men & women combined on the interest from $2 million? Based on average national endowment rates, that’s maybe $120,000/year.

You’re not making a strong case here at all. The team was already the worst in the Ivy League – if they cut their budget to $60,000/team/year, that status would get even worse. At that point, just make it a club team.

During the years that $2 million was in existence, the AVERAGE return each year was 13.1%. Taking this much money and running it to zero makes no sense to me! If you have $2 million, the thought process should have been, how do we double or triple that amount and preserve it for eternity? Simply taking it, dividing it by 10 and spending it down is dumb! If you look at average expenditures across D1 per swimmer it is around $4000 per person, so a 20 strong squad would be $80,000 per year. Of course that doesn’t include coaches salaries so would need to add. Even a small investment by athletics dept would have allowed them to live off interest… Read more »

Vote Up190Vote Down Reply
Another Swimmer

Actually, both Dartmouth teams have been on the rise since Coach Holder began at the college four years ago. In fact, the women’s team in particular placed 6th and 7th at Ivies the past two years (proving they are not the worst in the league), and has had 2 individual ivy league champions. The men’s team currently has a trials qualifier and an NCAA qualifier. Both teams have set a ton of pool and team records this past year, demonstrating their impressive improvement in the league- only to be cut short by a shameful administrative decision.

First of all, Dartmouth has made huge strides since Jamie Holder became coach four years ago. The women have gotten 6th and 7th at Ivies the past two years (Not the worst team), and have had two individual champions. The men have had an Olympic trials qualifier as well as an NCAA qualifier. Both teams broke many team and pool records this past season and the program is clearly on the rise. This incredible improvement doesn’t deserve to be cut short.

I think the worst part of all this is the administration implicitly claiming that the swimmers are inferior to the other students in terms of academics and non-athletic pursuits. Their team GPA is higher than the average for the school, and I’m sure many on the team are brilliant and doing things outside of swimming.

So right, what a load.

Yes, the swimmers are often on average very good students, and they maintain their GPA while competing in a Varsity sport.