What Do U.S. Swimmers Have To Say About The 2024 World Championships Dates? 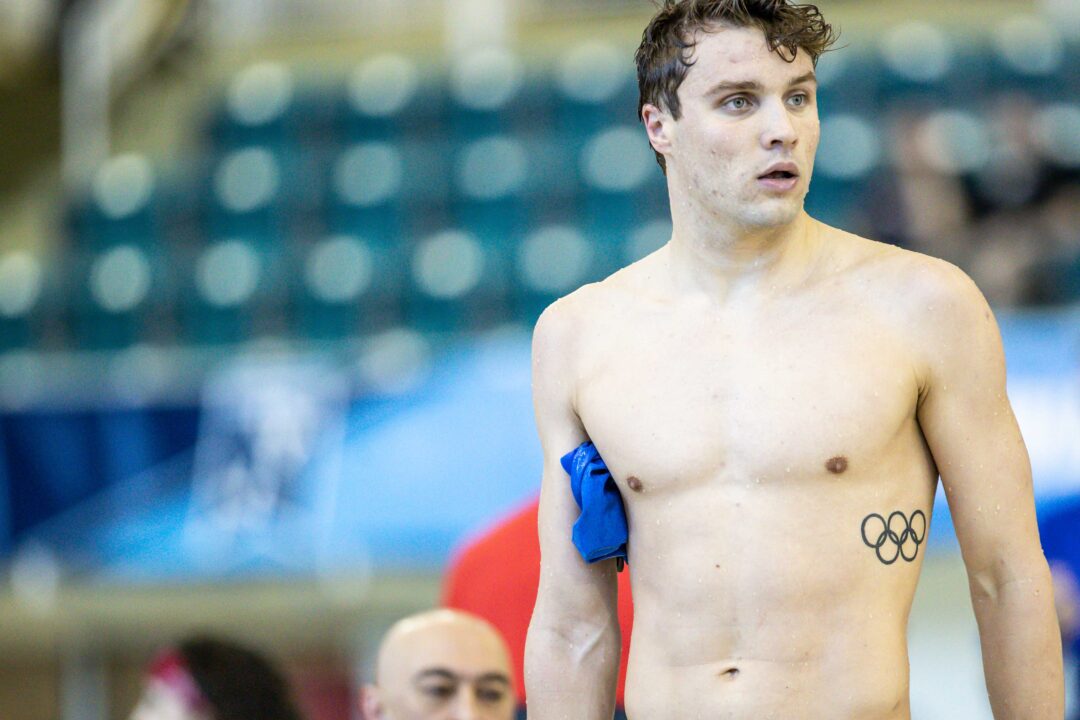 SwimSwam reached out to multiple swimmers on the U.S. National team to get their opinion on the timing of the 2024 World Championships. Archive photo via Jack Spitser/Spitser Photography

This week, SwimSwam reached out to several U.S. swimmers to get their opinions on the 2024 Worlds Championships dates. And while we got a variety of responses, the main consensus amongst Americans seems to be two things: 1. it is too early to tell 2. the Olympics are the top priority.

On Tuesday, FINA announced that the 2024 World Championships in Doha, Qatar would take place from February 2 to 18, 2024—just 159 days before the Paris Olympic Games. This places the meet in a very difficult position timing-wise, as it is not only in an Olympic year, but it also conflicts with NCAA conference championship season and is right after two back-to-back Worlds meets in 2022 and 2023. The move to host Worlds in February 2024 has already drawn criticism from British swimmers Adam Peaty, Duncan Scott, and James Guy, with Guy stating that he would not be attending.

So far, Hunter Armstrong is the only American swimmer who has explicitly stated that he was likely not going to Worlds.

“I will say that it seems odd to have Worlds during an Olympic year. Any Olympic hopefuls I don’t think will attend that meet,” Armstrong said. “I haven’t spoken to my coach yet, but it is very likely I won’t be attending if I qualified.”

Similarly, Shaine Casas didn’t mention whether he was going to Worlds or not, but stated that his “focus [in 2024] will be solely on Olympic trials and the Olympics pending all goes well.”

“I honestly don’t know where exactly I’ll be at in terms of training and competition leading up to that competition year,” Casas said. “I will always do my best to compete at the highest level possible, so whether or not this meet will be on my radar at that point I don’t have an answer for.”

Other swimmers, such as Bobby Finke and Natalie Hinds, were still unsure of their plans for 2024 but acknowledged that the move to put Worlds in the same year as the Olympics was unusual.

“The timing of the meet is definitely strange when I first heard about it, but we will just have to see how things shape up when we get there,” Finke said.

Hinds stated that she didn’t know if she would be going to 2024 World if she qualifies, and thinks “it’s a bit conflicting for those trying to make the Olympic team, but everyone has their own schedule.”

Both Finke and Hinds said that they were not given the opportunity to give their opinions on the dates before FINA made them official.

Carson Foster, the only swimmer who will still be competing in the NCAA in 2024 that got back to us by publishing time, also said that his plans regarding 2024 were unknown and that he was currently putting his main focus on the 2022-23 NCAA season and the 2023 World Championships next July.

“I don’t have enough information to give a statement on the timing,” Foster said. “Long term planning is important and I’m sure there will be discussions with my coaches about the plan for 2024, we haven’t had those conversations yet.”

Other athletes had a more positive outlook on this decision. One of them was Ryan Murphy, who said he was a “proponent for increased opportunities for swimmers.” and described the approach to World Championships in an Olympic year as a “fun challenge for athletes and coaches”. Justin Ress didn’t have a problem with 2024 Worlds either, and his exact words were “put me in coach, I’m here to race.”

Similarly, Kieran Smith said that Worlds in February was “not an issue” and that  “there would be plenty of room to swim well at a World Championships in February, then prepare optimally for the Olympic Trials in June.”

“I’ve learned in my career at Florida and in my high school days with Emmanuel Lanzo that it is not particularly challenging to construct a training cycle to perform at the highest level more than once per year,” Smith said. “This past calendar year I shaved and fully prepared for four competitions….I peaked four times in the span of five months. Many would probably expect performance to diminish by the final competition, but each meet got better and better.”

This year, Smith competed at the SEC Championships, NCAA Championships, U.S. Trials, and World Championships all in the span of around four months. He finished fourth, fourth, and fifth in the 500 free, 200 back, and 200 free at NCAAs respectively, and helped Florida win titles in the 200 medley and free relays. At Worlds, he finished seventh in the 400 free and sixth in the 200 free, setting season-best times in both events. He was also a part of USA’s men’s 4×200 free relay that took gold.

However, Smith did acknowledge that the timing of Worlds may take a toll on athletes mentally, as they would have multiple 8-day long international meets (in addition to training camps) and spend a lot of time away from home.

“Also, if attendance is as scarce as some are saying it might be, it could be hard to find that internal motivation to fully empty the tank,” Smith said. He also suggested that FINA follow a format similar to Short Course Worlds for 2024 LC Worlds, where the meet is just six days long and there are only semifinals for 100 and 50-meter events.

When asked if Smith would personally go to 2024 Worlds if he qualified, he said that he would “always consider racing at the highest level of competition offered.”

This is what the international meet calendar looks like from 2022 to 2024:

They should honestly just do akin to what in the US we call the Futures & speedo junior east/west championships and have regional champs etc instead of “world” championships every 6 months because A) they are not the champions of the world, period. Not everyone will have tried to on some level competed in them and B) who will be the defending world champions come time the Olympics roll around? Seriously… “In lane 3: defending Summer 2023 world champion so and so…..in lane 4, defending world winter 2023/2024 champion so and so because said 2023 champion didn’t compete” ….ya know?

There’s going to be a lot of Mickey Mouse champions. come these championships.

I think Dec 13-18 are the correct dates for Melbourne. They were originally scheduled for Dec 17-22 in Kazan.

Yes I pointed this out on a previous post. Plus they keep forgetting junior pan pacs this year.

The horrors. Imagine if these guys had four big money majors every year, spaced a month or two apart. I guess they’d tremble and quit.

The only obstacle is getting rid of stale conventional wisdom. Somehow this sport convinced itself that exhaustive training can only be followed by more exhaustive training, instead of actual competition. The comment section is still stuck in the old exaggerated benefit of taper. That’s why you’re got so many bizarre time drop projections followed by assertion of non-taper or only partial taper when it doesn’t play out that way.

Worlds before Olympics makes perfect sense. The issue is sports that attempt to do it the other way, like figure skating, biathlon and curling. Those worlds… Read more »

I mean we see the effects of taper pretty regularly no? It’s definitely not the only way, but like dressel goes from swimming 48 mid to low in season to a 47.0-46.9 at a championship meet, and that pattern continues for many swimmers at all levels and ages. To say that the benefit of a taper is exaggerated, is misguided imo, but perhaps I just like that type of training schedule and being biased 🙂

Still no word/explanation yet on why he withdrew from Worlds?

which leads to more speculation

Whatever it was us to have happens in a closed setting with maybe 2 people or something would have leaked by now.

What about the other nations that have their olympic trials in march and april? If we are just american-centered , It will not be a big deal but let’s think about the other countries …

Maybe people would swim faster at Trials/Olympics if they tapered for a meet in February! “Tradition” sorta says you can only swim optimally fast once, maybe twice a year. Might as well see if there’re other ways, too.