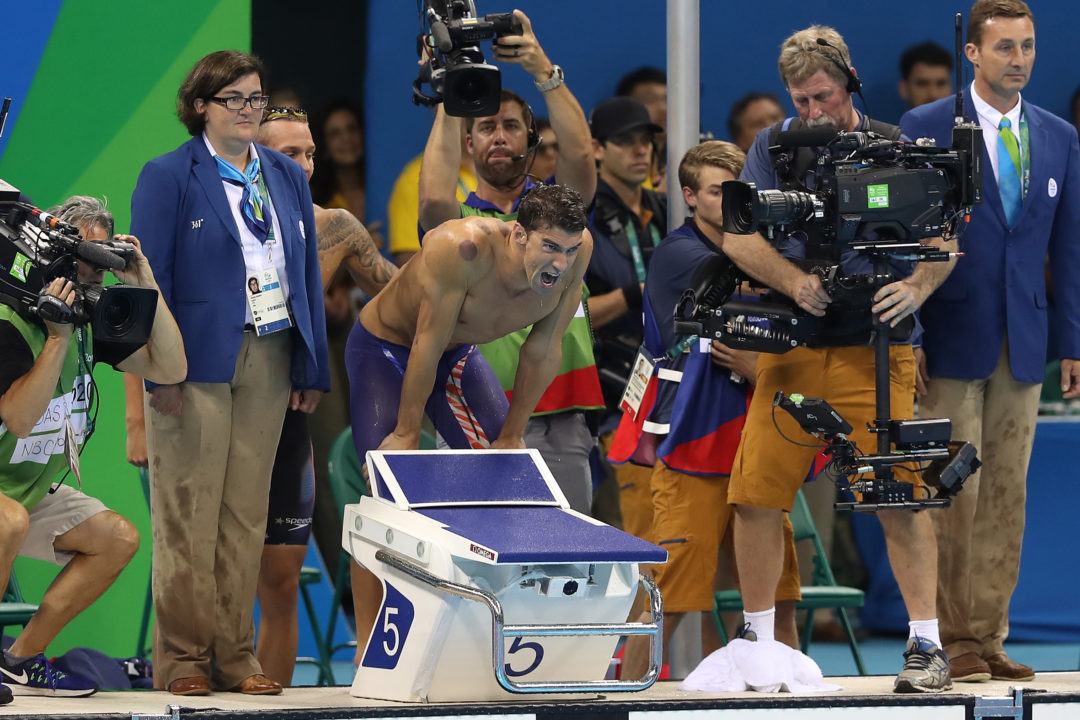 Watch the entire men's 4x100 free relay like you were hanging on the bottom of the pool deck, thanks to a new video NBC has posted. Current photo via Simone Castrovillari

NBC continues to post alternate videos of the men’s 4×100 free relay from Saturday night.  This one shows the entire race from the perspective of underwater camera positioned near lane 5, so you get a great view of the USA men, as well as the French and Russian swimmers who flanked the Americans.

You get to see Caeleb Dressel‘s explosive start as he squared off against France’s Mehdy Metella and Brazil’s Marcelo Chierighini, among others.  You can count the number of dolphin kicks that Michael Phelps took in a turn that his coach, Bob Bowman, described as his best ever.  Then, take a look at the techniques of sprint starts Florent Manaudou, James Magnussen, and Vladimir Morozov as they attempt to run down Ryan Held, in only his second major international swim.  Finally, watch Nathan Adrian as he holds off Jeremy Stravius and Cameron McEvoy to secure the gold medal for Team USA.

You can watch the video here.

Wow, that really made me smile to start off my day! I noticed that our guys breathe a lot more than the French guys. I think Phelps saved the day with that deep, underwater pushoff.

Any chance they want to post the same for the Men’s 100 BR final?

Gotta say, Rowdy’s call was pretty exciting. We always give him crap for his commentary, but his “What a turn, What a turn!!!” and “What a split, what a split!!!” were what keeps him in his job. That was great.

Plus he counted the laps correctly.