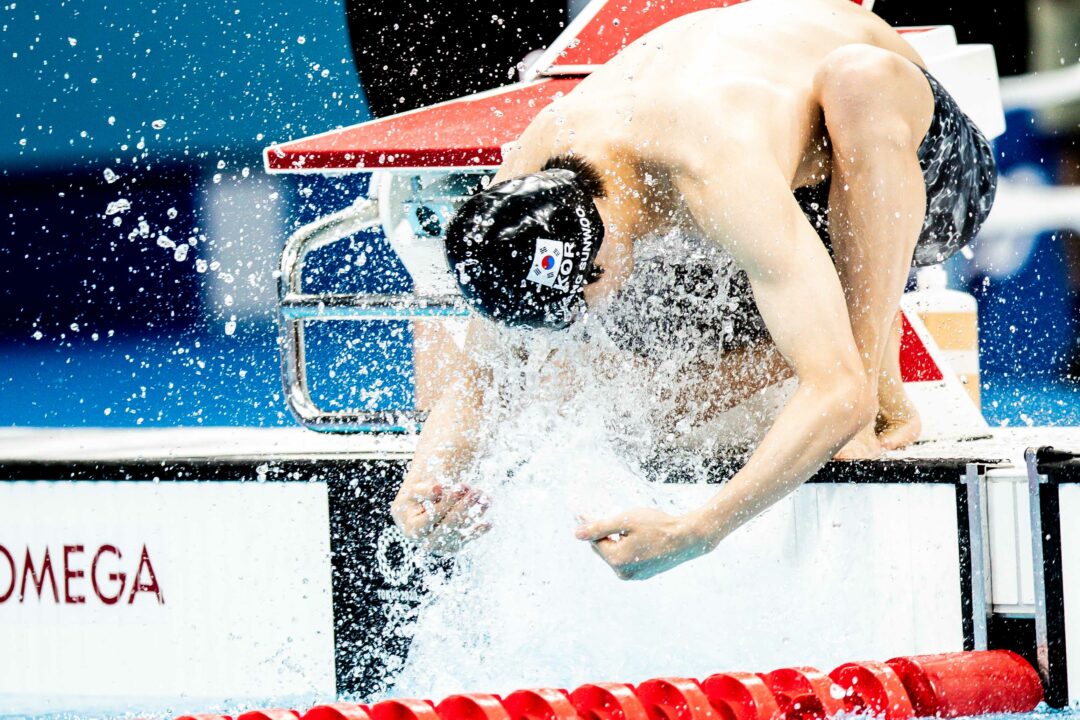 We may already be on to the final FINA World Cup stop, which is taking place beginning today in Kazan, Russia. But we’re still taking stock of the intense racing we’ve seen over the last 3 cities, including in Doha just days ago.

In the men’s 200m freestyle, we saw South African 18-year-old Matt Sates attempt to defend his winning streak against World Cup newcomer Hwang Sunwoo of South Korea. Also 18, Hwang entered the meet with major street cred, having finaled in both the 100m and 200m free events at this summer’s Olympic Games.

The video below shows how the Unversity of Georgia-bound Sates led Hwang through right until the final 10m when Hwang pounced and just out-touched the South African. Hwang wound up hitting 1:41.17 while Sates was right behind in 1:41.33 in the entertaining battle.

You can read our original report on the race here.

That was close!
Watch out the 200m Freestyle final in Doha with two great talents battling until the last stroke.#swimming @Qatar_swimming pic.twitter.com/MD5VKPjwW9

I can’t believe that Hwang Sunwoo was that far behind that last turn/breakout and still managed to get his hand on the wall first.