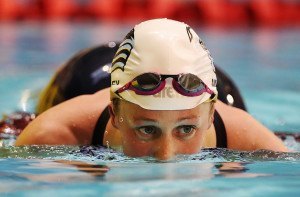 O’Connor’s 1:06.34 was her lifetime best by well over half a second, with her career-fastest entering the meet resting at the 1:07.15 she clocked at her nation’s Olympic Trials last April. That outing fell short of GBR’s automatic qualifying time for Rio of 1:06.43, however. Even though this new performance indeed dips beneath the qualifying threshold, O’Connor has already been named to the British Olympic squad for the 200 IM event solely.

Representing National Centre Bath, O’Connor’s performances have been growing steadily more impressive over the past few years. After earning 4 medals at the 2015 British Championships, she qualified for her 3rd World Championships team. In Kazan last year, O’Connor was a member of the gold medal-winning mixed 400m medley relay, earning a collective World Record in the process. O’Connor also scored a 200m IM bronze medal at the meet.

I’d really love to see her have a hit out in this event in Rio. She wouldn’t be far from the lesser medals.

are you counting on efimova swimming in Rio?

Well, I live in the hope that Efimova is not allowed to swim. If she does, top 3 spots look quite clear cut – But she really shouldn’t be swimming. I am working on that basis haha.