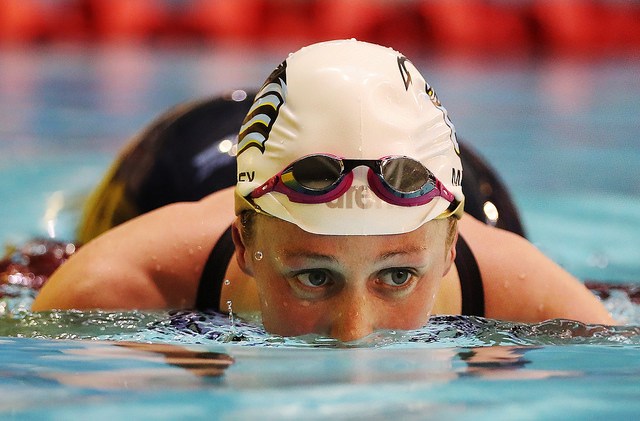 While several 2016 British Olympic team members will be racing at the French Open in Vichy a few others including; Hannah Miley, Ross Murdoch, Camilla Hattersley, Stephen Milne and Duncan Scott have decided to stay close to home and compete at the Scottish National Championships in Glasgow.

Miley took the women’s 400 IM in a time of 4:40.13 finishing over 10 seconds ahead of the field. She was almost seven seconds off her season’s best of 4:33.40, which currently sits second in the world rankings. Miley also finished third in the 200 freestyle posting a time of 2:00.85.

Hattersley was the only woman to break the two minute mark in the 200 freestyle winning the event in a time of 1:59.90.

Milne and Lander Hendrickx of Belgium had a great battle in the men’s 1500 freestyle. Hendrickx led for the majority of the race until Milne took over the led at the 1350 meter mark and never relinquishing it. Milne took the event in a time of 15:18.61 followed by Hendrickx who touched in a time of 15:19.60.

Geoffrey Cheah of Hong Kong was the only athlete to break the 50 second barrier in the men’s 100 freestyle taking the event in a time of 49.85 16 one-hundredths of a second off his national record time of 49.69.

Probably the last time this year Scottish swimmers will swim under the British flag at olympic games.

Because of independence soon.
GB will not only lose a lot of Scottish natural resources but great swimmers too.

Maybe, maybe not. A Holyrood administration seeking full divorce from Westminster would find themselves in precisely the same position as the current UK government should they choose to proceed with Brexit. Enough politics !

The impact that it will have on Scots sportspeople would be “do I continue to represent GBR or do I transfer my allegiance to SCO ?” and the fundamental issue on which this will hinge is not their patriotism (or lack thereof) but whether an Independent SCO government would be able to provide sports funding on a level anywhere comparable to their current levels as British competitors.

The whole world should do away with nationalities in sports, No league table, no relays, just the best individual athletes competing for themselves against each other. A unique viewpoint I’m sure but what I have thought since an early age!

Jimmy Deiparine took down his 2nd Filipino Record, this time in the 50m breast! Congrats!