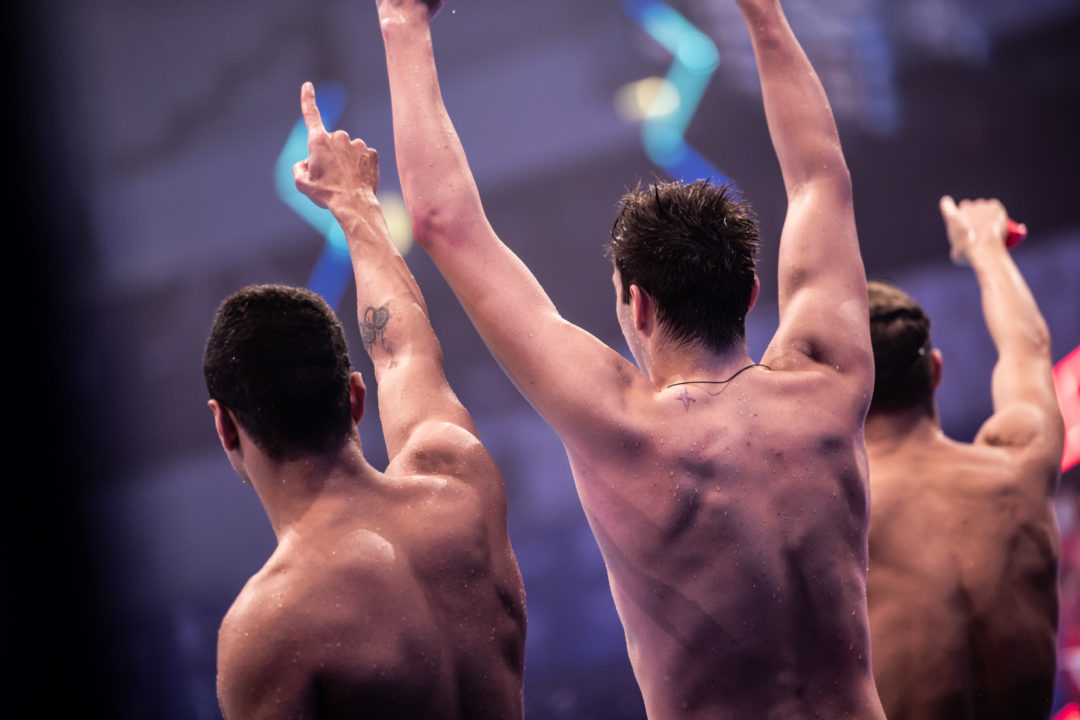 The Russian led off in 48.58 to obliterate Xu Jiayu's 100 backstroke world record by three-tenths of a second. Current photo via Mike Lewis/Ola Vista Photography

Kliment Kolesnikov was one of three swimmers to set an individual world record during the 2020 ISL Final, doing so with a jaw-dropping 48.58 in the 100 backstroke leading off the Energy Standard men’s 400 medley relay.

Following the Russian’s outstanding opening leg, his Energy Standard teammates Ilya Shymanovich (55.38), Chad Le Clos (48.53) and Florent Manaudou (45.79) brought the club in for a final time of 3:18.28, putting them almost a full second under the existing world record of 3:19.16.

You can watch the full relay below:

Kolesnikov’s back halves are insane, they’re Phelpsonian. The way he blasts off that 50m wall, surging ahead of Ryan Murphy, is reminiscent of MP doing the 100 free.

Funny thing though is that Phelps had insane second 50s because he just didn’t have the raw speed over the first 50. Kolesnikov (as the 50 LCM WR holder) most certainly does have the speed, which means that he makes a conscious decision to split his races like he does.

Clearly it’s working well for him.

You know I’m usually really hard on Rowdy for being a homer and a frontrunner and not knowing enough about the field overall (see Men’s 200 breast at 2016 trials where he was shocked Prenot won).

But I have to give him credit right here for being really on top of it with Kolesnikov getting the record, he didn’t miss a beat.