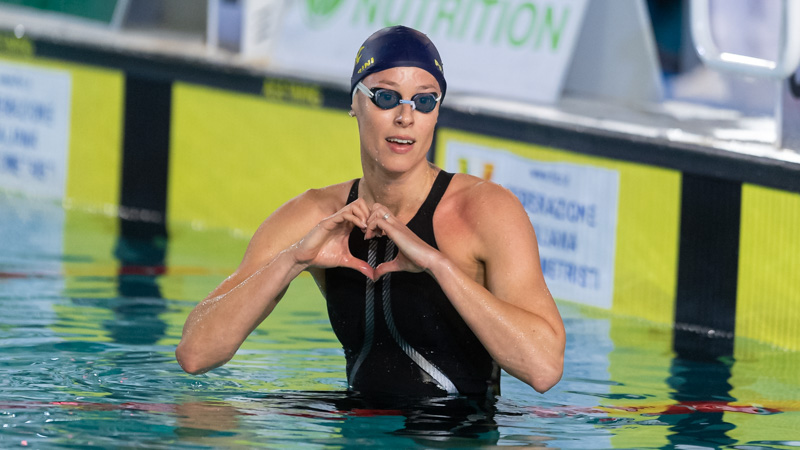 In November, Italian swimming legend Federica Pellegrini announced she would retire after swimming one last time at Italy’s Winter Short Course Championships, ending her successful career in her home country.

Pellegrini’s last official race was the 200-meter freestyle, which she won in a time of 1:54.95. She also swam a symbolic race with some of her biggest rivals over the years: Femke Heemskerk, Sarah Sjostrom, Camelia Potec, Sara Isakovic, Evelyn Verraszto, and Alice Mizzau. Lane one was kept empty to honor the late French swimmer Camille Muffat.

After about 25 meters, all of Pelelgrini’s competitors in the symbolic race swam over to Lane 4 to celebrate one of Italy’s greatest swimmers.

I like this new tradition of a retirement swim!

end of an ear