Watch All Race Videos From Day 2 of the SMU Classic 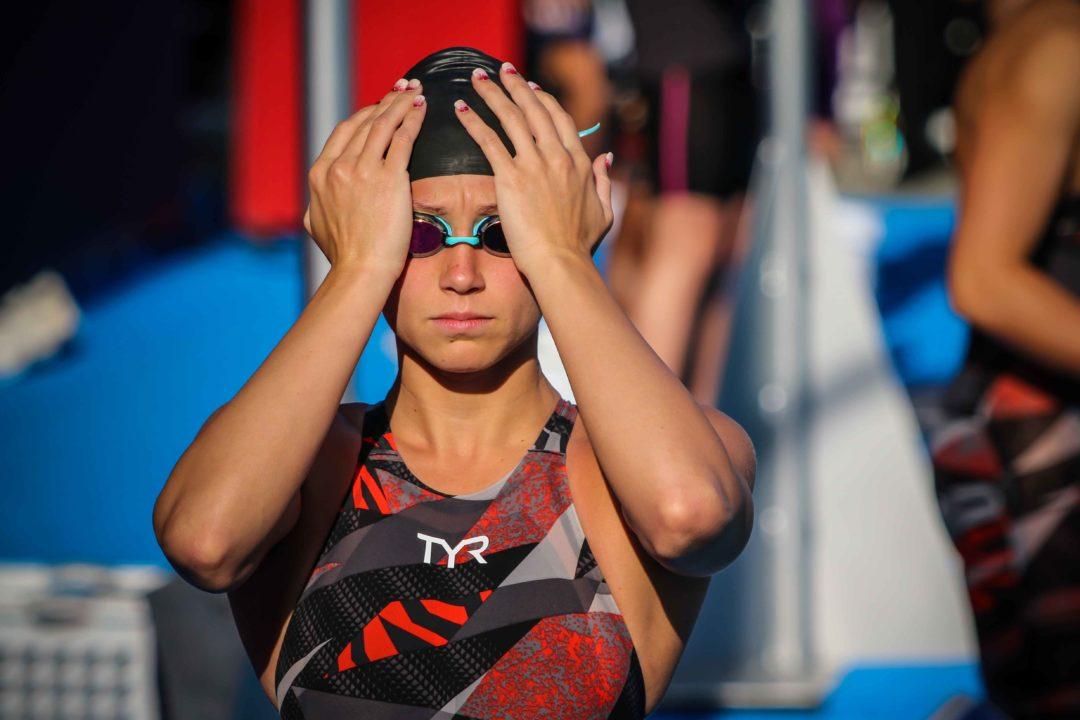 The Louisville Cardinals had won the SMU Classic as recently as 2015, but had been the runners-up in agonizingly close fashion each of the past two years, losing by one point to Michigan in 2016 and a mere half a point to USC last year.

This year, they made sure it wasn’t nearly as close, taking five events on the second day and securing the victory by a 46 point margin over USC.

Next up, USC’s Louise Hansson continued to show off her backstroke skills, as the reigning NCAA 100 fly champion completed the backstroke sweep with a time of 1:53.10 in the 200 back.  UVA’s Megan Moroney took 2nd in 1:53.78, and Louisville’s Alina Kendzior placed 3rd in 1:55.10.

Louisville kept things rolling as Grace Oglesby earned the butterfly sweep with a 1:53.79 in the 200 fly, just a few tenths off her time at last year’s NCAA championships, where she placed 7th.  USC’s Wright, who was also in that A-final, and who won this event at this meet last year, took 2nd tonight in 1:55.32.  UVA’s Julia Menkhaus placed 3rd in 1:57.79, while USC’s Catherine Sanchez was just a hair faster in the B-final, touching in 1:57.64.

In the final individual event, the Trojans’ Riley Scott split 32.61 on the breaststroke leg of the 200 IM to earn her 2nd win of the meet with a time 1:59.52, after taking the 100 breast yesterday.  However, it was Louisville freshman Diana Dunn who posted the fasted overall time, touching in 1:59.46 in the consolation final.  Back in the championship heat, UVA’s Abby Richter scorched a 55.80 front half, but Astashkina was almost two seconds faster on the breaststroke leg, and held on to take 2nd, 2:00.48 to 2:00.72.