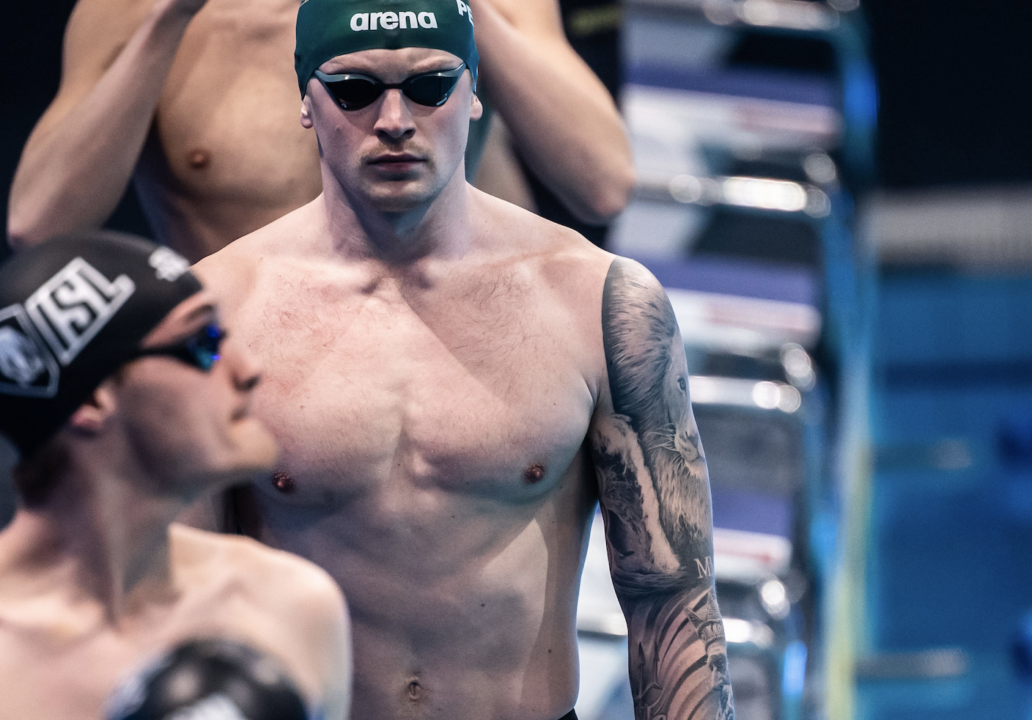 Peaty re-broke his world record in the 100 breaststroke, and also set a new British Record in the 50 breast in the first round of the skins during the final. Current photo via Mike Lewis/Ola Vista Photography

Adam Peaty had already asserted himself as the world’s fastest long course breaststroker several years ago, but he proved he’s also a force to be reckoned with in the short course pool during the 2020 ISL season.

Peaty set his first SCM world record during the league semi-finals in the 100 breaststroke, going 55.49, and then brought the mark down to 55.41 in the final. Prior to the Brit’s swim in the semis, the previous record had stood for 11 years, with Cameron van der Burgh hitting a 55.61 back in 2009.

In addition to his 100m world record, Peaty, who competes for the London Roar, also set a new best time in the 50 during the final, lowering his British Record to 25.41 in the opening round of the skins competition. That broke his previous record of 25.48, also set during the skins in the semis, and leaves him just shy of both the world (25.25, van der Burgh) and European Records (25.29, Emre Sakci) in the event.

Below, watch his 100m world record swim along with his three-round skins triumph over Energy Standard’s Ilya Shymanovich. We’ve also included the individual 50 breast, where Shymanovich set a new Belarusian National Record (25.48) to edge out Peaty (25.50) for the victory.

Totally agree. I didn’t realize that is legal. Looks like a partial dolphin kick…..

Prigoda the world record holder of 200? how these guys were chosen to comment ?
They seem coming straight from WWE

He is the world record holder in the 200? From 2018 Short Course Worlds

Guess some people are too eager to criticize Rowdy…… xD

Play Shymanovich’s pullout in .25x frame rate. You can see the early entry dolphin kick like CVDB and Miller. Then he does a full dolphin kick and then another undulation through the pull. It’s so blatant and should be a DQ every time.