Washington State Hosts Utah in Final Dual of the Season 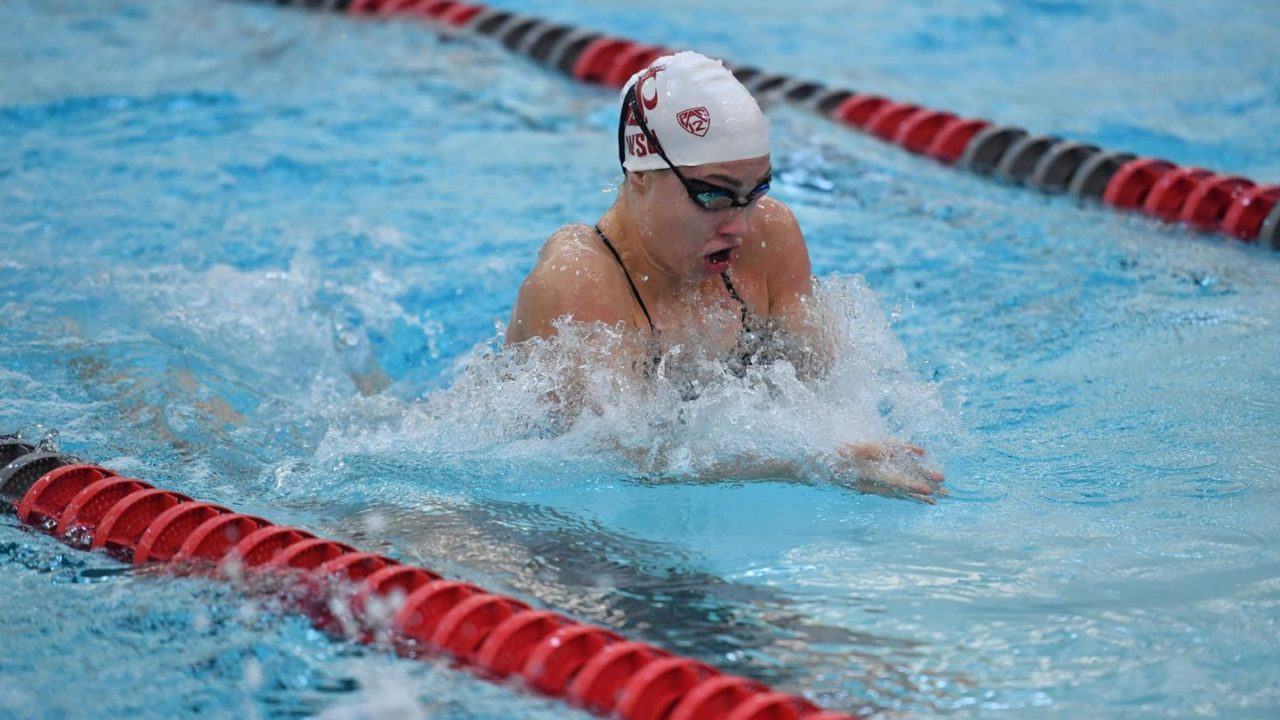 The Washington State swim team will welcome Utah to Gibb Pool Saturday, Feb. 16 at 11 a.m. for their final dual meet of the season. The Cougars will honor senior Linnea Lindberg at the meet. Current photo via Washington State Athletics, Dean Hare

The Washington State swim team will welcome Utah to Gibb Pool Saturday, Feb. 16 at 11 a.m. for their final dual meet of the season. The Cougars will honor senior Linnea Lindberg at the meet.

ABOUT THE OPPONENTS
Saturday marks the fifth all-time meeting between Washington State and Utah, as the Utes hold a 4-3 advantage in the series. The Cougars last competed against Utah in Pullman during the 2016-17 season, sealing a 151-111 victory over the Utes. Last season, the Cougars fell to Utah in Salt Lake City.

LAST TIME IN THE POOL
The Cougars defeated Oregon State in Corvallis, Ore. 148-114 early February. The win over the Beavers was the seventh straight and 36th overall in the series. Sophomore Mackenzie Duarte had an outstanding performance for the team, garnering three individual wins. Junior Ryan Falk and freshman Keiana Fountaine each took home two individual wins in their respective events. In the 50 free, the Cougars took the top-four spots, with Chloe Larson leading the way. Fountaine, Paige Gardner, and Emily Barrier took second through fourth, respectively. Sophomore Taylor McCoy won her 14th individual event of the season, taking first in the 200 back.

COUGARS LEAD PAC-12 IN IMPROVEMENT RATE
Nationally, the Cougars are ranked 22nd based on improvement rates from this time last year, according to an article released by SwimSwam. Washington State improved 82%, ranking them first in the Pac-12 for improvement. WSU sits just ahead Utah who is ranked 27th in the nation with a 62% improvement rate.

PULLMAN NATIVE MAKING A SPLASH
Sophomore Taylor McCoy continues to see success in the pool for the Cougars, leading the team with 14 individual wins. McCoy’s success has earned her conference recognition, as she was named the Pac-12 Swimmer of the Week Jan. 23 after securing three individual wins against a nationally ranked Arizona. McCoy leads the team in four individual events: 100 and 200 back and 200 and 400 IM, and is in the WSU All-Time Top-10 in the 100 and 200 back and 400 IM. The Pullman, Wash. native is 16th and the fastest time by a sophomore this season in the Pac-12 in the 200 back, posting a season-best 1:56.86 at the mid-season invite. McCoy is also 25th in the Pac-12 in the 400 IM, with a season-best 4:20.81.

COMING UP
The Cougars will welcome Utah to Gibb Pool Feb. 16 for their final regular season dual-meet, recognizing senior Linnea Lindberg in her final home meet as a Cougar. It is set to begin at 10 a.m.