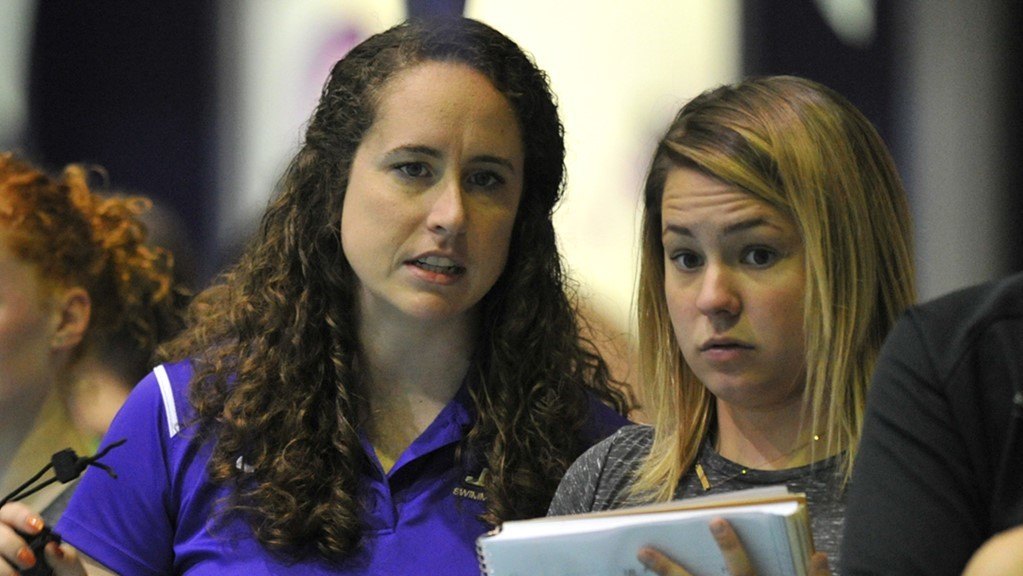 After 4 seasons with James Madison, Jacy Dyer has joined the coaching staff at Virginia Tech. Her hiring adds one more to the on-deck staff of new head coach Sergio Lopez, as Dyer joins head diving coach Ron Piemonte, assistant swimming coach Josh Huger, and assistant swimming coach Steve Steketee on the staff. Huger and Piemonte are both holdovers from the 2017-2018 staffs, and Lopez still has room for one more assistant coach on the staff.

Dyer spent the last 4 seasons as an assistant with James Madison, which sponsors only women’s swimming. The team won the 2018 CAA title and was the conference runner-up in each of the prior 3 seasons.

Prior to that, she was an assistant at her alma mater Toledo, when they won the 2012 MAC Championship. She also swam for Toledo as an undergrad, where she was named the 2009-2010 MAC conference Swimmer of the Year and won 10 MAC conference titles in her career. She qualified for the 2011 NCAA Championships, where she raced the 2 00, 500, and 1650 freestyles. She hit a peak ranking of 38th in the 1500 free in her career before retiring and moving into coaching.

She was inducted into the Toledo Hall of Fame in 2017.

“I am excited to be a part of such a great staff and program,” Dyer said. “I want to thank Sergio (Lopez) and everyone at the university for giving me this opportunity. Coaching in the ACC has been a goal of mine and to be able to do it with such a great group of coaches and athletes is amazing. The future of Hokie swimming and diving is bright; I am honored and excited to be a part of it!”

The campuses of James Madison and Virginia Tech are about 2 h ours apart on I-81.

Can you get a more flattering pic? These two ladies have expression like, “WTF”?