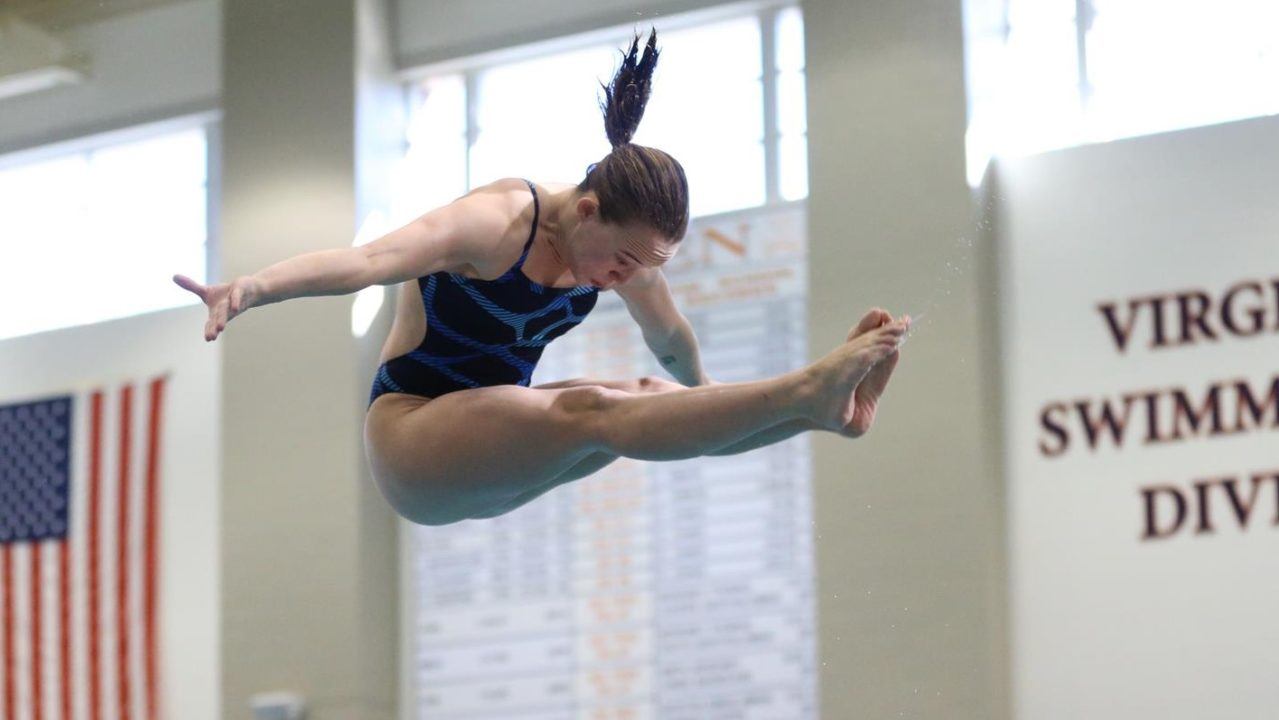 Virginia's Kylie Towbin won the women's 3-meter event on day 1 of the Zone A Championships to make a return trip to NCAAs. Archive photo via Matt Riley, Virginia Athletics

Virginia’s Kylie Towbin won the women’s 3-meter event on day 1 of the Zone A Championships to make a return trip to NCAAs.

Towbin, a senior, won convincingly in Zone A, besting the field by more than 50 points. She won this event at Zones last year, too, but didn’t have a great NCAA showing, fading to 47th of 48 divers on 3-meter. Four of the top eight finishers from last year at NCAAs graduated, though, opening the door for Towbin to perhaps help Virginia out in the team race.

On the men’s side, Virginia got Ian Shelton into NCAAs in 1-meter. Shelton was 35th nationally as a sophomore, and will return as a junior.

From a team perspective, Virginia Tech did get one woman and two men into NCAAs.

It is ‘Bryce’ Shelton, FYI