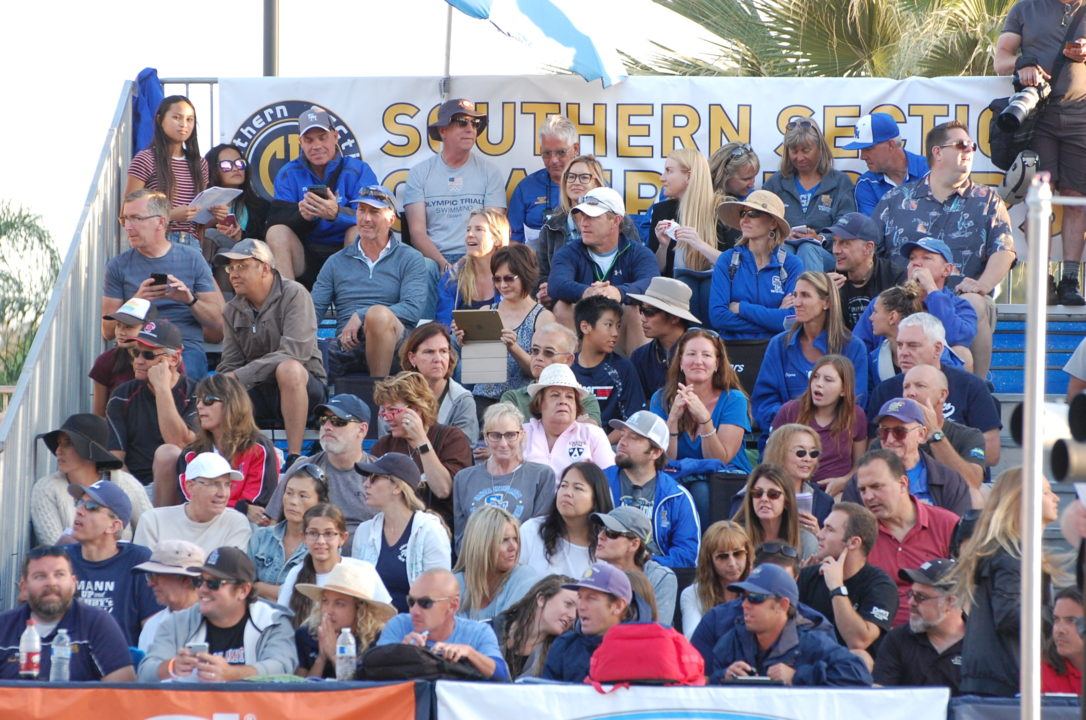 Mel Marshall on Coaching, Motivating the Greatest Breaststroker of All Time

Marshall explains why Peaty has always had an affinity for long course and the first time she thought Adam could go 57 in the long course 100 breast.

With “Duel In The Pool” mere days away, Shaine Casas has another opportunity to sharpen his knife in international competition.

The Saratoga ladies brought eight swimmers to Clovis this year and their medley relay contingent finished 22nd, dropping a tenth from their seed. Individually, Saratoga had two swimmers compete. Jeanette Khowong, a junior, finished 34th in the 100 backstroke in 57.78. Senior teammate Stefanie Ting finished 27th in the 100 breaststroke clocking a 1:05.25. Ting will be a Lion at Columbia University in the fall.

Winning the men’s side of the meet was Oak Ridge High School, who finished ahead of Northgate by 68 points. Oak Ridge was especially successful in relays, taking home gold in the 200 medley and 4th in the 400 freestyle relay to end the meet.

On the women’s side, Monte Vista narrowly took home the title. They won the team championship by just 1.5 points over St. Francis. Finishing not far behind in 3rd was Palo Alto.