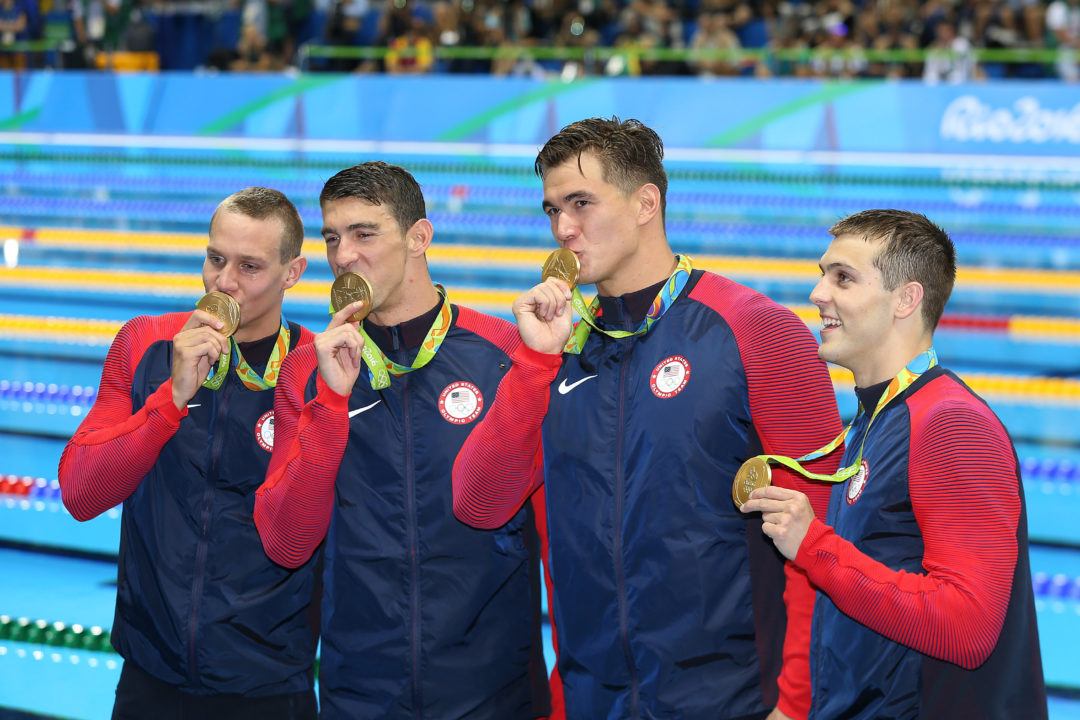 The Colorado state legislature has passed a bill exempting most Team USA athletes from paying state taxes on bonuses or medals won at the Olympics or Paralympics. Stock photo via Simone Castrovillari

The Colorado state legislature has passed a bill exempting most Team USA athletes from paying state taxes on bonuses or medals won at the Olympics or Paralympics.

Governor John Hickenlooper enacted the bill today with a ceremonial signing at the U.S. Olympic Training Center in Colorado Springs. The bill mirrors a similar act on the federal level that was enacted last fall. That federal bill exempts athletes from paying federal taxes on medal-related earnings, which would cover USOC medal bonuses and other related prizes. The state bill will do the same thing, only on the state level for Colorado, which is a residency hub for many Olympic hopefuls due to the Olympic Training Center facilities in Colorado Springs.

The move is one of a few to happen recently working to help out Olympic hopefuls in Colorado. The other major action was another state bill that offered in-state tuition to Team USA athletes in Colorado regardless of their actual residency.

The USOC officially commended the bill today. Their full press release is below:

COLORADO SPRINGS, Colo. – Colorado Gov. John Hickenlooper enacted House Bill 1104, exempting most Team USA athletes from state taxes on medals and bonuses won at the Olympic and Paralympic Games the United States Olympic Committee announced today. The new state-based legislation reinforces the federal law – the United States Appreciation for Olympians and Paralympians Act – that was enacted in October 2016, and exempts federal taxes for all Games medal-related income in 2018 and beyond.

“America’s athletes and their families dedicate much of their lives and make considerable financial sacrifices to represent the United States on the world stage,” said USOC CEO Scott Blackmun. “Unlike athletes in virtually all other countries, U.S. Olympians and Paralympians do not receive federal funding and must rely on the generous support of the American public and private sponsors for support. This legislation will provide much needed financial support to some of Colorado’s most dedicated amateur athletes and ensure their achievements are not devalued, but celebrated. The USOC is proud to be based in Colorado, a state that recognizes the unique sacrifices of Team USA athletes.”

In addition to medals, the bill also exempts taxes on monetary awards given to athletes for winning medals that may be granted by the USOC, or any sport-specific National Governing Body or Paralympic sport organization.

A bipartisan effort sponsored by Representative Clarice Navarro (R-Pueblo) and State Sen. Kevin Priola (R-Henderson), the state tax exemption does not apply to athletes who make an adjusted annual gross income exceeding $1 million or $500,000 if married and filing individually.

“With no federal funding, many athletes make financial sacrifices in order to represent our country at the Olympic and Paralympic Games,” said Mikaela Shiffrin, Colorado native and 2014 Olympic gold medalist in alpine skiing. “The Colorado initiative to eliminate taxes on medal earnings will have a positive impact on the many local athletes who compete for Team USA. Thank you, Colorado!”

“Most U.S. Olympians and Paralympians endure significant financial sacrifices for the honor to represent Team USA on some of the world’s biggest sporting stages,” said Amy Purdy, 2014 Paralympic snowboarding bronze medalist, who resides in Summit County, Colorado. “This legislation provides important financial support to some of Colorado’s most dedicated amateur athletes and their families.”

“Unlike athletes in virtually all other countries, US olympians and paralympians do not receive federal funding….”
I already knew that but I can’t still believe it! 🙂 And I still don’t understand why.
But despite that, USA is dominant at summer olympic games. Thanks especially to swimming and track and field.

Have you been to the USA Olympic Swimming Trials, Bobo?

That will put a few more nickels in their pockets.

No one can say that the swimmers aren’t a dedicated bunch. They certainly put in as much time training as any other Olympian.